Posted on March 18, 2013 by Samantha Cristoforetti 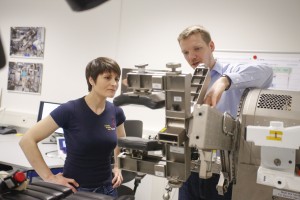 I have been a bit absent from this blog in the last couple of months: my apologies for that. Believe it or not, I was given a pretty long break from formal ISS training – although I have kept my head in the books! It’s been a busy time nevertheless: I’ve taken care of some personal matters, like a move, and I have worked my way through piles of documents, unanswered correspondence and all kinds of little and big open actions that had accumulated in over a year and a half of almost constant travel around the world for training. So I’m ready to start off with a clear mind, a clean inbox and a decluttered hard disc into the next year and a half of almost constant travel that will lead me to the ultimate voyage to the ISS in December 2014.

But hey, wait a moment. Aren’t astronauts preparing for ISS supposed to be fully immersed in training for the 2.5 years prior to their flight (or somewhat less, if they’re veterans)? How is it possible – you might wonder – that the schedulers gave me such a long break? The trick is that I got a bit of a head start. In summer 2011 I was assigned to the Reserve Astronaut training (thank you ESA!). That’s a role peculiar to the smaller ISS partners and it entails receiving about a year worth of ISS training, so that the reserve astronaut would be able to get a late start into an ISS training flow to replace a colleague from the same space agency that had to be pulled out of a crew no later than, say, a year and a half prior to launch. That’s very different from the normal backup system in the ISS crew rotation, which is called “single flow to launch” and which I can explain another time, if you’re curious. 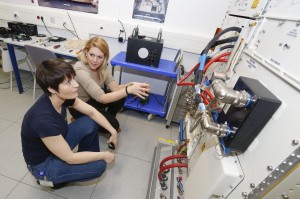 As part of the reserve astronaut preparation I have completed the training on ISS systems, including some emergency simulations and I’ve acquired my certifications in EVA (also see this blog) and in robotics. In Star City I have completed the classes on the Soyuz system as a left-seat flight engineer, a pretty extensive addition to the regular reserve astronaut flow, that would normally only entail the less comprehensive training for the right-seat crewmember. And of course the Star City winter also offered me and Thomas the chance of practicing our survival skills.

As nice as it has been for me to start training about a year before getting a flight assignment last summer, this has made me a somewhat unusual case for our expedition schedulers, who sure prefer to have a “synched-up” crew. So, here’s where my lightly-loaded winter has come from. Synching up: done.

It’s been a gradual start back into training. Last week at the European Astronaut Centre I had a quick refresher on the Columbus payloads and I retook my Columbus systems operator certification, which I had taken the first time three years ago with the rest of the Shenanigans as part of our basic training. Operator-level training teaches you how to deal with malfunctions that are serious enough to set off a warning alarm. Later this year I’ll be back in the Columbus mockup for the specialist training: that’s when you learn to take components apart and put them back together for maintenance ops. Looking forward to get my hands dirty!

This weekend was time to pack my luggage again and make my way to Star City. It’s been the familiar routine – a late night arrival at the Domodedovo airport, a quick disembarkment from the most forward seat I could get in an effort to cut the waiting time at passport control and then, after customs, the familiar affable face of Nikolay, the Star City ESA driver, meeting me. The ride to Star City has taken roughly an hour – it would take several hours in the daylight traffic. I’ve been given the key to my usual room on the ESA floor of the Profilaktorium, still with my pull-up bar in the door frame and some gym clothes I had forgotten last time. It’s the nice thing about coming back to Star City: even if it’s been a while, it feels like you never left.

Soyuz sims, manual rendez-vous and docking, manual descent, Russian segment motion control system, European Robotic Arm, Orlan… all of that is on my plate for the next five weeks. It’s the first time I’m formally here for Expedition 42/43 training. The schedule that our guardian angels from the ESA office, Yuri and Anna, have left on my desk actually includes the events of crewmates Terry and Anton. I’m somehow pleased to notice this little detail and I look for any common training units.

First thing today I will have two-hour Soyuz sim briefing with Anton and on Tuesday we’ll have a four-hour session together in the Soyuz simulator. I’ve been in the sim often as a single trainee, now I’m really looking forward to working in there with my actual Soyuz commander. Somehow I have the feeling it will be fun.