Posted on April 30, 2013 by Samantha Cristoforetti

This is my attempt at giving you a glimpse into the peculiar life in Star City. The idea has come from a request of the friends at the Karemaski Multi Art Lab in Arezzo, Italy. They have sponsored a science fiction writing contest to honor Valentina Tereshkova’s spaceflight 50 years ago. The best short stories will be published in a collection that will also include an Italian translation of this text. This is the first of three parts. 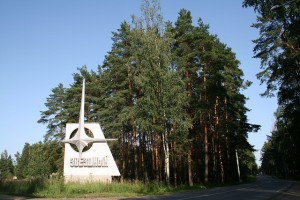 There’s something magical about Star City. I remember crisply when I drove past the entrance gate for the first time. I had been an astronaut with the European Space Agency (ESA) for a year by then and together with my five colleagues of the 2009 “Shenanigans” class I had been through an intense 12-month program of basic training. In truth, it was those final two months of training in Star City that I had been awaiting with the most anticipation. Star City – звездный городок. A legendary place where the history of Russian cosmonautics has unfolded since the days of the very early pioneers of human spaceflight.

Lazily tucked away in the birch tree woods about 25 km North of Moscow, Star City is not an elusive military citadel hidden in an undisclosed location any more, but rather one of the main nodes in a global network of international collaboration in space. Still, if you were to take one of Moscow’s efficient electric trains (электрички) to the Ziolkovskaya stop and walk the short distance to the citadel’s entry, you would be met by guards requesting to see your entry badge. Even after the recent transition to civilian status, access to Star City remains restricted.

While not all of the few thousands residents work in the space business today, Star City’s pulsing heart remains the Cosmonaut Training Center (Центр Подготовки Космонавтов). Established in 1960 with the goal of preparing a selected group of young military pilots for the Vostok program, the center was dedicated in 1968 to the memory of Yuri Gagarin, who completed history’s first manned spaceflight on April 12th, 1961.

Yuri’s presence permeates Star City up to this day. Whether it’s a statue stiffly waving at you in a rigid Soviet-era incarnation or a picture giving you one of those world-famous charming smiles from a wall, he’s always there to remind you that you stand on the shoulders of giants. In spite of his tragic death in 1968, Yuri has never left.

Valentina Tereshkova has never left either, literally. History’s first female space flyer still has her home here. Chaika – her call sign on Vostok 6 – is to this date a prominent public figure, today a member of Russia’s State Duma. She is known to attend occasionally the rather frequent cosmonauts’ ceremonies and celebrations. Who knows, maybe I’ll have a chance to say hello one of these days. 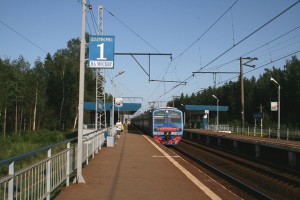 The электричка, slang for electrical train.

Casual encounters with people I’ve read about in history books are not infrequent in Star City. Make a stop at the banya of the cosmonaut gym after working out and you’ll likely meet an old man or two who flew to the early Salyut space stations. Many older cosmonauts, especially the military ones, still live in their Star City apartments. Just a couple of weeks ago I bumped into Vladimir Titov, among many other things a veteran of the only pad abort to date: back in 1983 a rough, 15- G escape from a launch pad fire saved his life, courtesy of the flawless work of the rescue tower and of the prompt reaction of flight controllers.

A few days after this fortunate encounter Yuri Petrovich, who runs the ESA’s Star City office and is the closest thing I’ll ever have to a guardian angel, was giving me a ride to the training facilities. On the way he stopped the car briefly to say hello to an old friend on his morning walk, who turned out to be a former head of the training division, at some point in charge of preparing the very first cosmonaut group. After exchanging a few words, we kept driving and we passed an older lady on her way to work. “One of Tereshkova’s backups for Vostok 6” commented Yuri Petrovich casually. Sometimes it feels like nobody ever leaves Star City. 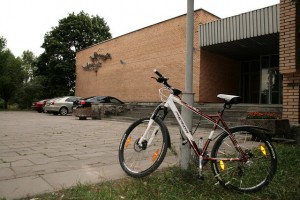 Training trips to Russia have a soothing effect on me. Life here has an inevitable cadence that quickly reconstructs the fragmented mental space I often arrive with into a simple, structured rhythm. Classes and simulator runs start at 09:00 and they’re always scheduled in blocs of two hours or multiples thereof up to 18:00. Lunch break is always from 13:00 to 14:00. There is no need to drive a car, hence no possibility of running into traffic. No errands to run, no dentist appointments, no place to go for an after-work drink. The training facilities are a short 10-minute walk or 3-minute bike ride from the Profilaktorium, the building in which ESA rents office space and accommodations. As a minor variation on the way back from training one might consider a quick detour to the local “Dixy”, which opened a couple of years ago as the first small serve-yourself-from-the-shelves supermarket. Really, a supermarket: ESA and NASA astronauts who trained here in the 90s would have gasped in awe at such convenience. 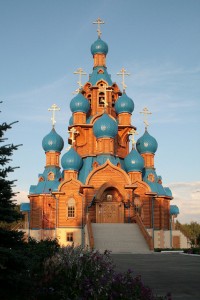 Since those early days, when several American astronauts flew on MIR and the Space Shuttle docked multiple times to the Russian Space Station, NASA’s presence in Star City has left an odd architectural footprint. Nested between our Profilaktorium home, a brightly blue Orthodox church and a dull, unfinished apartment building, three white American-style cottages serve as lodging for NASA astronauts in training. When my fellow “Shenanigans” and I came here for the first time that September night of three years ago we were immediately introduced to the bustling social life centred around the American cottages. I had told NASA astronaut Scott Kelly of our impending arrival a few weeks earlier in Cologne during his last ESA training trip and he had immediately offered to organize a welcome dinner for us at the cottages. It was only the first of many social events that made us feel instantly welcome in Star City’s international astronaut community: be it an evening barbecue, a pancake breakfast on the weekend or a potluck dinner, there was always an occasion to spend a few cheerful hours together and, for us rookies, to hear the stories and advice of space veterans. In an interesting twist of fate, Scott has recently been selected as NASA’s first one-year crewmember. He will join Terry, Anton and myself on the ISS early 2015 to stay for a full 12-month rotation. It might not be as tasty as that dinner back then at the cottage, but I sure plan to have a meal ready for him when he shows up on Station with his crew! But that is the future. Back in September 2010 Scott was gearing up for his first long-duration spaceflight. A few weeks later there would be no return flight home for him, but rather a plane to Kazakhstan and, on a Baikonour launchpad, a rocket to space.