From Henriette (DTU-Space), Denmark, 12 May

We ended our DTU-Space part of the CryoVEx campaign on 9 May. The Norlandair Twin Otter has flown about 85 hours, covering about 20 000 km. This is about the same distance as half way around the world at the equator.  The map below shows our flight tracks. 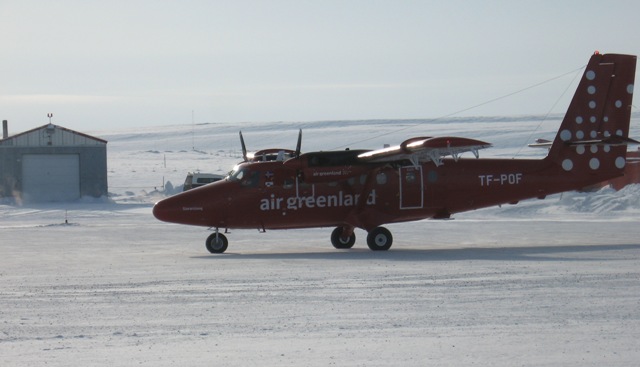 We have been able to underfly several CryoSat passes. A few of them were in formation flight with the AWI Polar-5.

We have visited five main validation sites, circled in red on the map: Devon ice cap, Austfonna ice cap, the EGIG line Greenland interior, as well as sea ice north of Alert and sea ice around Svalbard in the Fram strait with our colleagues down on the ice below. 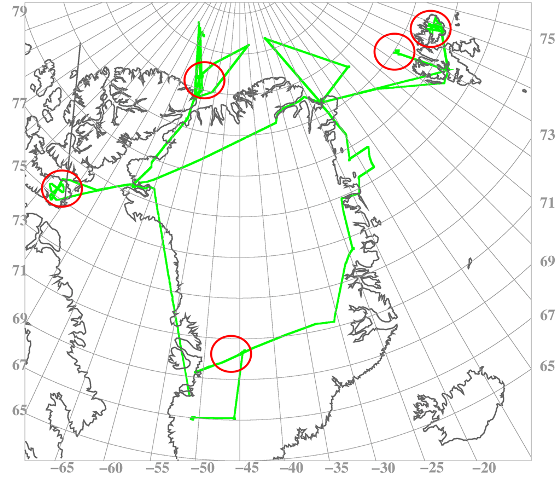 It has been a pleasure to working with all those involved and I want to thank everybody for the great collaboration and excellent timing.

As you may have already have noticed, the corner reflectors are giving very valuable information of the radar penetration depth.

The updated version of the ASIRAS radar has a realtime display so we can see whether we have hit the reflector as we fly over. This demands very precise navigation as the reflector has to be within 10 m of the aircraft track.

Thanks to our highly-skilled air crew we only missed 2 or 3 reflectors out of 45 passes.

For our part, the airborne campaign has been a success, and we have now a collection of unique measurements to work with.