Although not flying for CryoSat today, the following extract and photos from Michael Studinger’s report provides some insight into the daily NASA IceBridge flights. IceBridge is the largest airborne survey of Earth’s polar ice. As part of a collaborative effort between ESA and NASA, IceBridge is also contributing to the validation campaign for CryoSat.

We are back from Flight 23 after another spectacular day over southeast Greenland and a very successful science mission. We accomplished longitudinal surveys along the center lines of Kangerdlugssuaq Glacier, Helheim Glacier, several branches of Midgard Glacier, and several glaciers nearby. 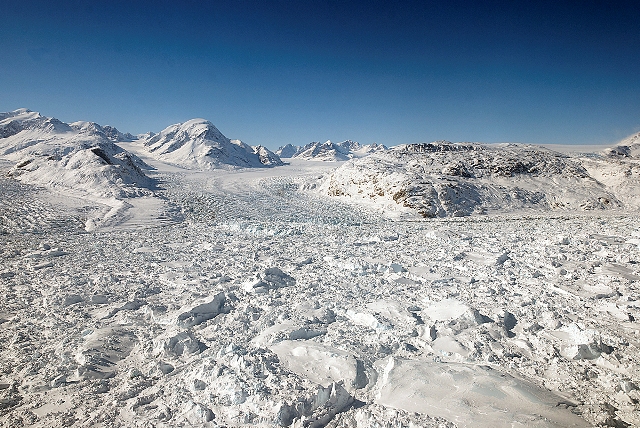 This was an important mission to complete since the glaciers are all on the list of the big ones in Greenland and the area is difficult to fly. Midgard Glacier, which has changed rapidly in recent years, was of particular interest. 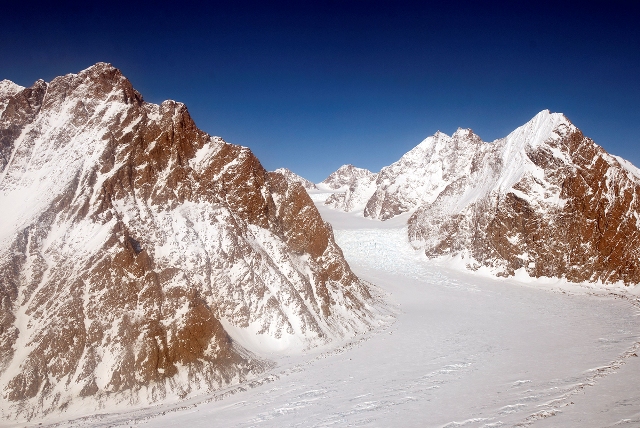 We also extended the survey lines in the fjords for gravity and magnetic data and were flying low at 600 ft and slow for better gravity data. Some of the icebergs in the fjords were around 700 ft tall.

I had a Landsat 7 image from the year 2000 on my laptop and was plotting the trajectory of the P-3 over the satellite image. It is amazing to see with your own eyes how much the calving fronts of most glaciers have retreated within 11 years.

All in all, we had a very successful day with an important mission on the books. We also very much enjoyed today’s flight!