From Michael (NASA), over Alert, 15 April

Today’s flight was a coordinated effort between ESA’s CryoVEx campaign and NASA’s Operation IceBridge. The CryoVEx 2011 teams are currently operating from Canadian Forces Station (CFS) Alert and have installed corner reflectors and GPS buoys on the sea ice north of Alert yesterday using a Kenn Borek Twin Otter. Today and tomorrow, teams from the University College London and the University of Alberta are on the ice making in situ measurements along the profiles between the corner reflectors. 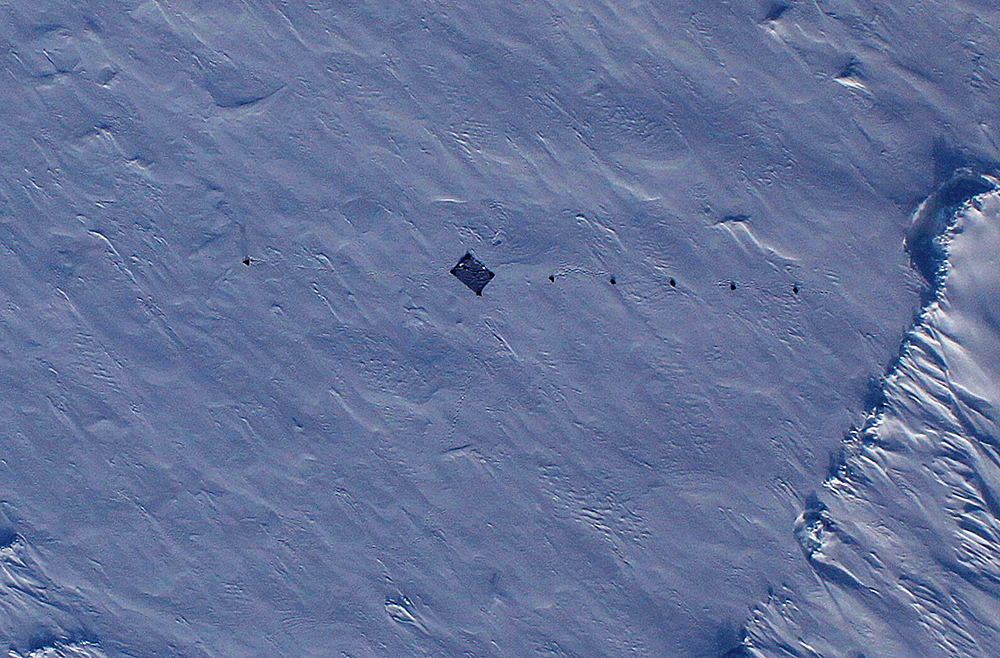 A DC-3/BT-67 Basler from the Alfred Wegener Institute in Germany participates in the experiment with a towed EM-bird for sea-ice thickness measurements and a laser altimeter. The Technical University of Denmark is operating the ASIRAS radar, the airborne version of CryoSat’s SIRAL radar on a Twin Otter.

Today, we had all four aircraft operating on the same survey line to make measurements for comparison with CryoSat-2, which was flying overhead.  What a great day for sea ice research!

The NASA IceBridge teams participated by collecting data along a 0.5 km long profile, that will be surveyed tomorrow by the UCL team on the ground, which had installed the corner reflectors and GPS buoys yesterday. After transiting from Kangerlussuaq, we had enough time to fly 6 passes over the survey line making sure we got close enough within a few tens of meters to the corner reflectors. The visual aids have been invaluable and were clearly visible from 1500 ft and at 250 kts. On several of the passes we got closer than 10 meters to the corner reflectors and saw once a 25 dB increase in signal amplitude on the snow radar.

The purpose of this experiment is to tie all the different measurements together and calibrate/validate the CryoSat-2 measurements in cold conditions over sea ice. Today’s data set of ground measurements, multiple airborne measurements with a comprehensive suite of instruments, and a CryoSat overpass will create a landmark data set to shed light on fundamental issues in remote sensing of sea ice. After finishing the 6 passes we had time to fly 60 miles of the CryoSat line before heading back to Kangerlussuaq. CryoSat-2 was passing overhead just 12 minutes before us.

Today was a great example of what can be accomplished when many organizations and nations work together. It was a great coordination effort. Well done everyone. Thanks to all the CryoVEx and IceBridge teams and Jim from Ice Shelf Alert for coordinating all the traffic in the area today.