Ice campaign in Svalbard forges ahead

From Tania (ESA) and Henriette (DTU), Svalbard, 1 May

With a break in the weather, the weekend has proved very successful for the team in Svalbard. 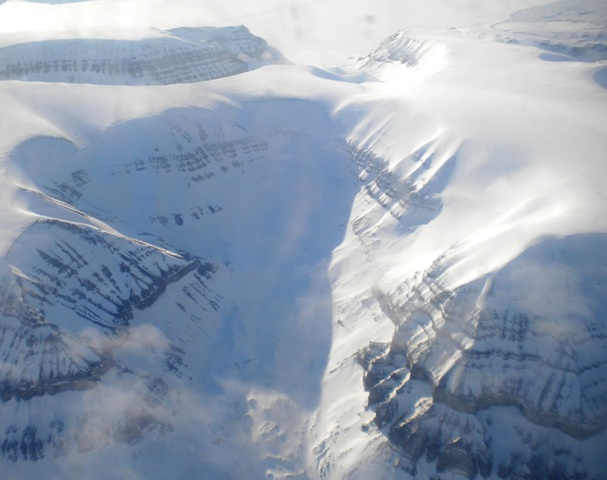 We woke to sunshine on Saturday and heard from the ground teams on the Austfonna ice cap and the RV Lance icebreaker up north in the sea ice that the weather was quite good. So, we grabbed the opportunity fly the Twin Otter equipped with ASIRAS and the laser scanner to take some of the airborne measurements needed for this leg of the campaign. 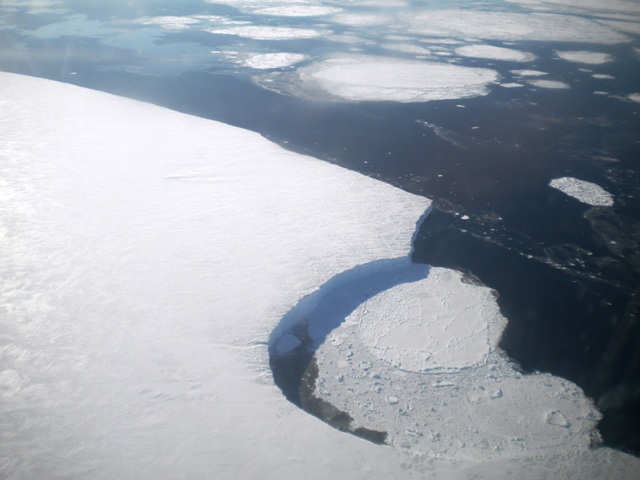 The transit to Austfonna was breathtaking – the views were incredible, so pristine. The only trace of human activity were the occasional snowmobiles tracks from the ground team.

In morning we made all six flight lines that had been planned and in the afternoon we followed CryoSat’s ground track from the day before, from Longyearbyen to the RV Lance icebreaker. 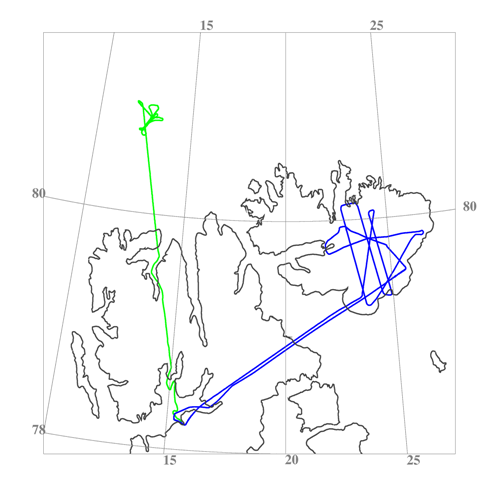 We made eight flights of the validation line, but we only managed to overfly the corner reflectors in the last in the last 3–5 overflights as the sea ice had drifted 0.6 nm since they had been placed on the ice in the morning.