Kicking off a new round of measurements in Svalbard

I’ve arrived in a relatively balmy Svalbard; it’s actually only 0°C, so not that cold. From the plane, I was able to watch the transition from a green snow-free Oslo to the completely white vista of Svalbard. So far, I haven’t seen any polar bears – just this impressive landscape! 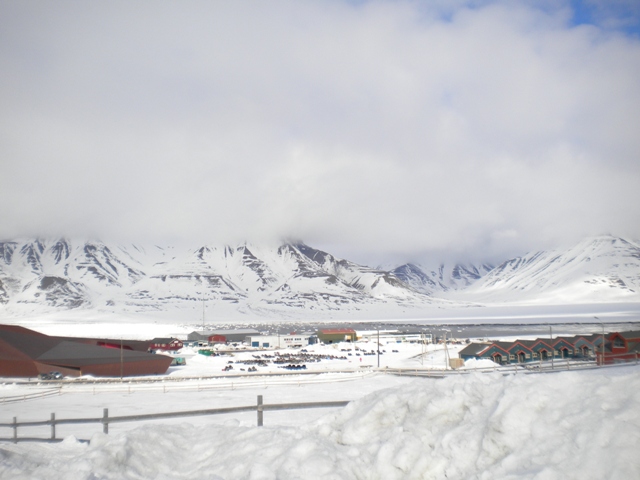 Lying between 74° and 81°N, the archipelago of Svalbard constitutes the northern most part of Norway – it’s about midway between mainland Norway and the North Pole.

The team from the Technical University of Denmark also arrived this evening and the plan is to start this leg of the measurement campaign tomorrow over the Austfonna Ice Cap.

From the Norlandair Twin Otter plane we will be taking measurements from above while Jon Ove Hagen’s team from the University of Oslo are busy gathering data on the ice below.

Looking forward to getting started!