Today was our last opportunity to fly a science mission from Kangerlussuaq and the weather was favourable for Geikie 01, our last remaining high priority mission plan. 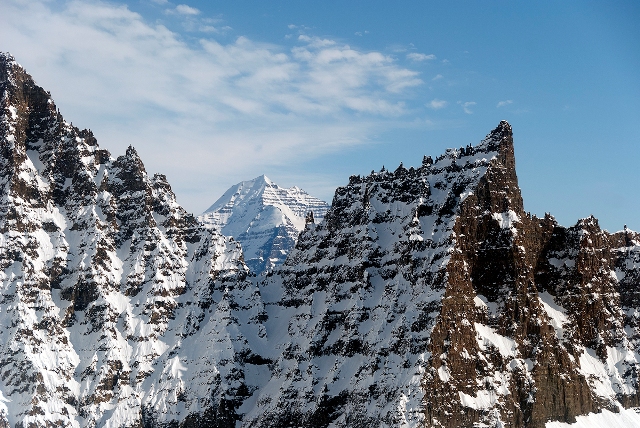 We expected some clouds over the interior of the ice sheet and down in the fjords and had to abort our flight up Nansen Fjord and Christian Gletscher because of a 3000 ft clouds base and 13 000 ft terrain.

Other than that, it was a perfect day. As the photo above shows, the razor sharp flood basalts of the Geikie Plateau are spectacular.

After we had finished the glacier runs around the Geikie Plateau, we went up Daugaard Jensen Glacier and continued on to the interior of the ice sheet back to Kangerlussuaq. 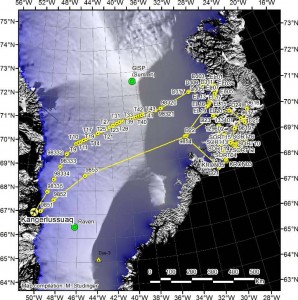 The CryoSat-Validation and Calibration Experiment along the EGIG route is designed to provide ground truth data over the ice sheet for the airborne ASIRAS radar and CryoSat’s SIRAL radar.

We will use IceBridge radar and laser altimeter measurements to link ground and satellite measurements to better quantify radar penetration issues over the various zones from the edge to the interior of the Greenland Ice Sheet.