Today’s CometWatch is an image taken with Rosetta’s NAVCAM on 5 February 2016, when the spacecraft was 53.4 km from the nucleus of Comet 67P/Churyumov-Gerasimenko. At these closer distances the comet is now close to filling the camera’s field of view. 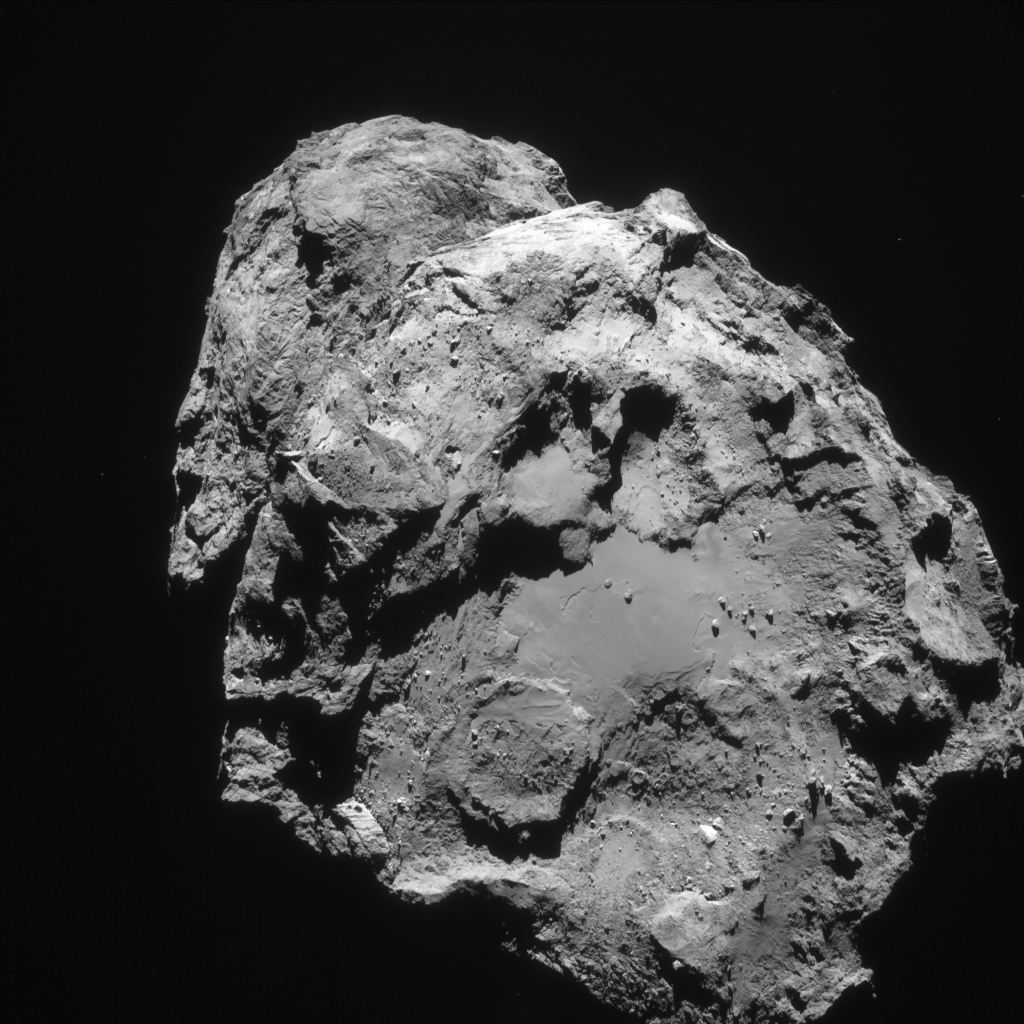 In particular, this image captures the rich diversity of geological features within Imhotep and bordering regions on the comet’s large lobe. Imhotep was also the focus of recent scientific studies reporting exposures of water-ice and dramatic changes in the surface features observed in the central smooth plains area.

In the background, the Wosret and Bastet regions of the comet’s small lobe are featured. 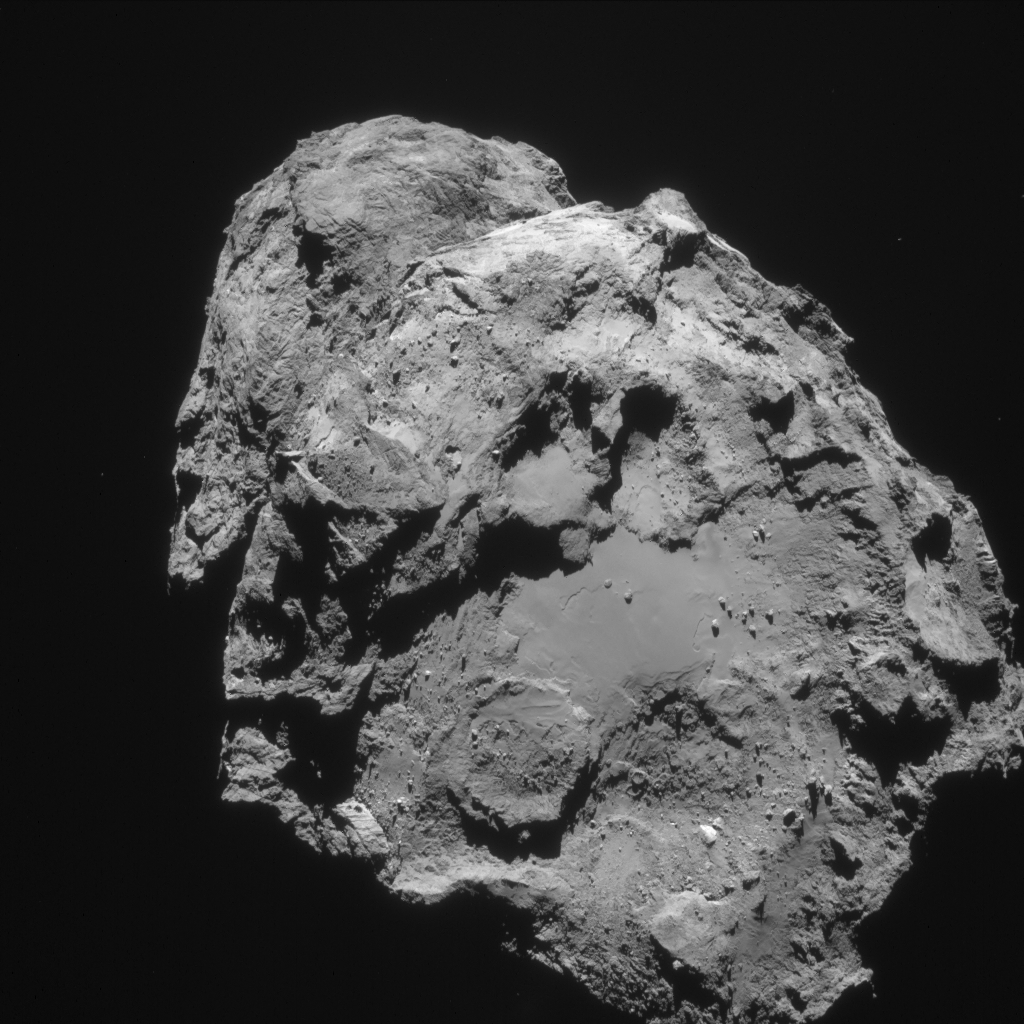