Today’s CometWatch entry is a double feature, showing two NAVCAM images taken about twelve hours apart, on 18 and 19 December 2015, when Rosetta was around one hundred km from the comet nucleus.

While, at first sight, the two images look quite similar, a closer inspection will reveal one interesting difference… Can you spot it? 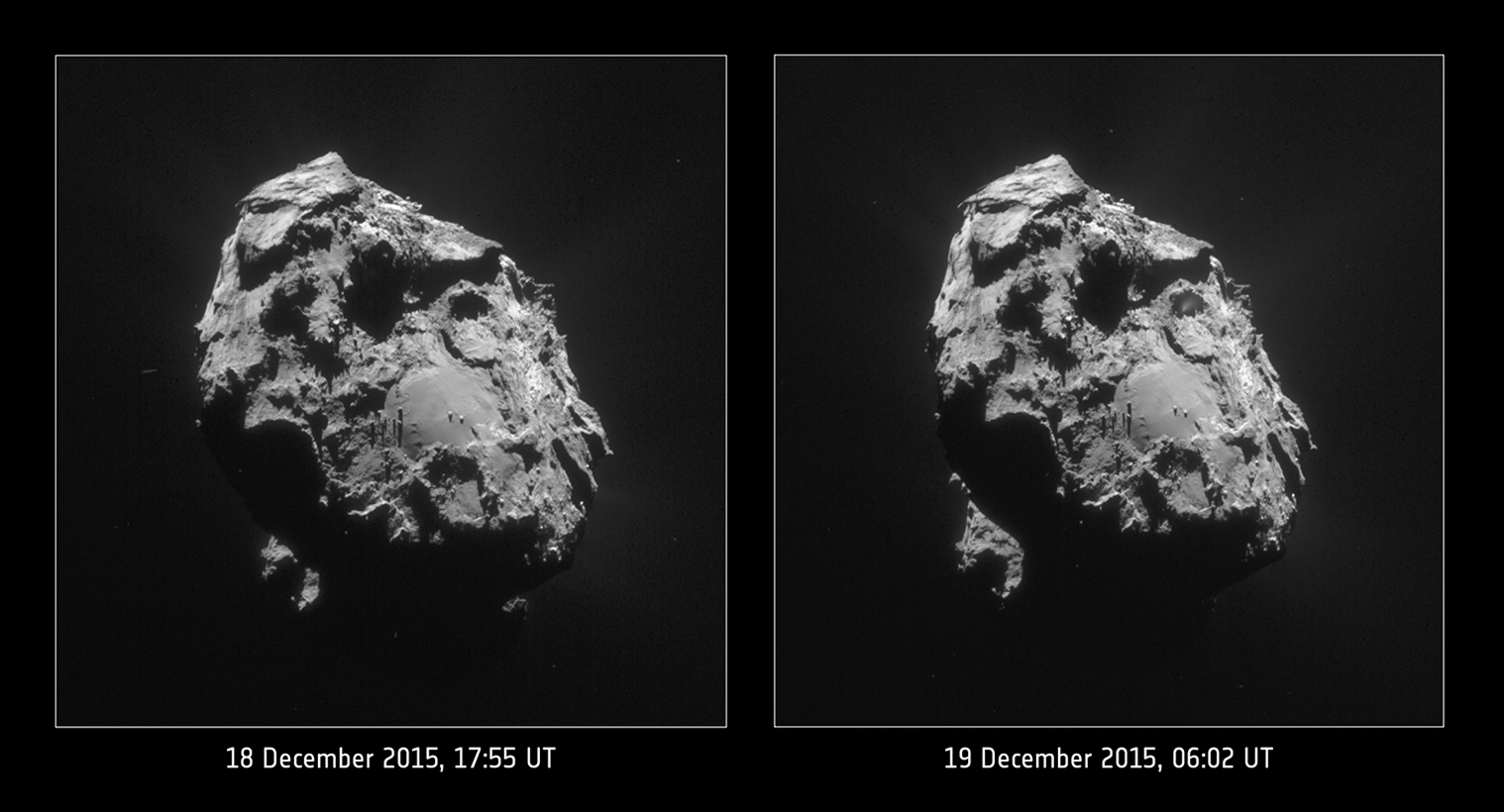 Both images focus on the Imhotep region, located on the comet’s large lobe. Imhotep is one of the most geologically complex and diverse portions of 67P/C-G, presenting both smooth and rocky terrains, small and large circular features, and over 200 boulders.

The difference between these two CometWatch images is to be found in one of Imhotep’s large circular features – also known as accumulation basins – in particular, in the one just to the top right of the image centre. A subtle jet of dust, somehow suggestive of the ‘sunset jets’ detected with the OSIRIS camera in April 2015, is visible against the shadowed cliff of the basin in the 19 December image, while no sign of such activity can be seen on the same region in the image from previous day. There are also small differences in orientation and illumination between the two images.

Portions of other comet regions are also portrayed in these two pictures: Ash along the left edge of the large lobe and Khepry on the lower and right sides. A hint of the small lobe is visible in the background of both images, towards the lower left. 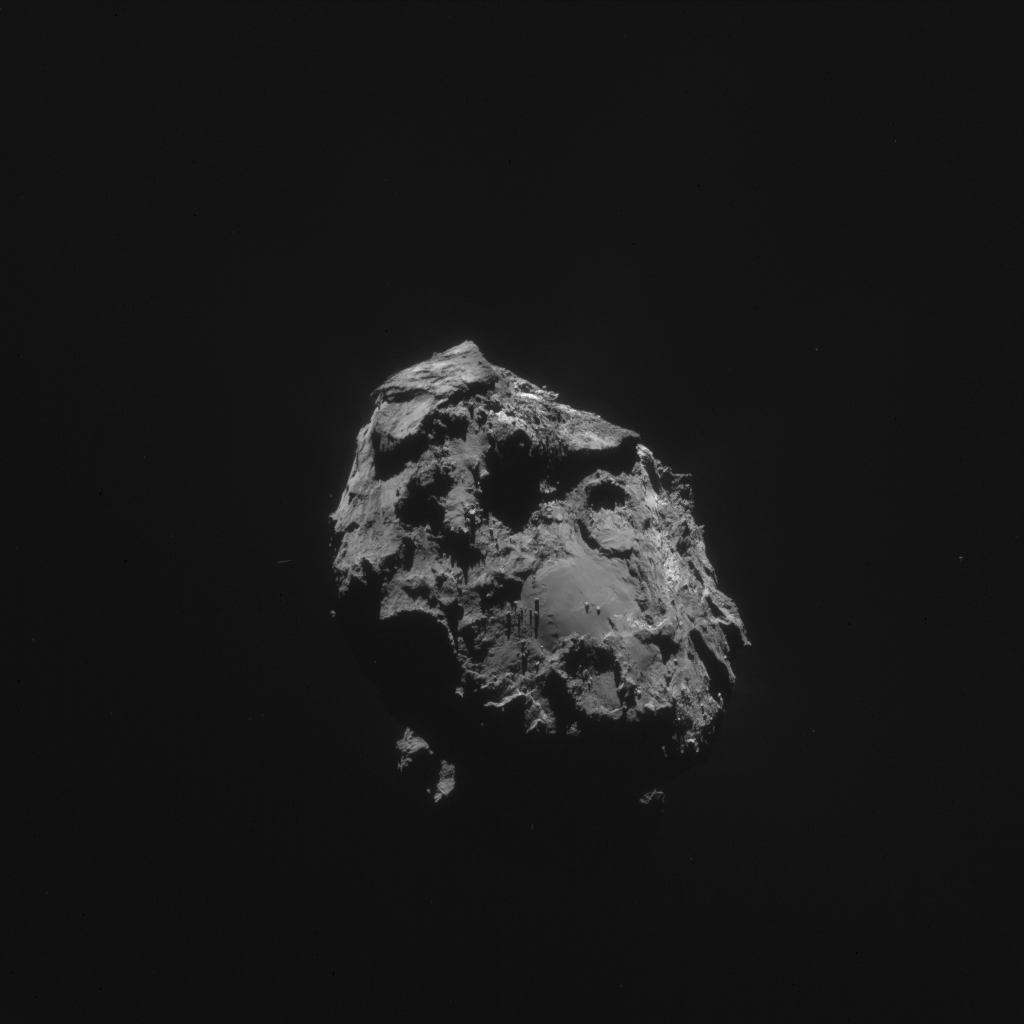 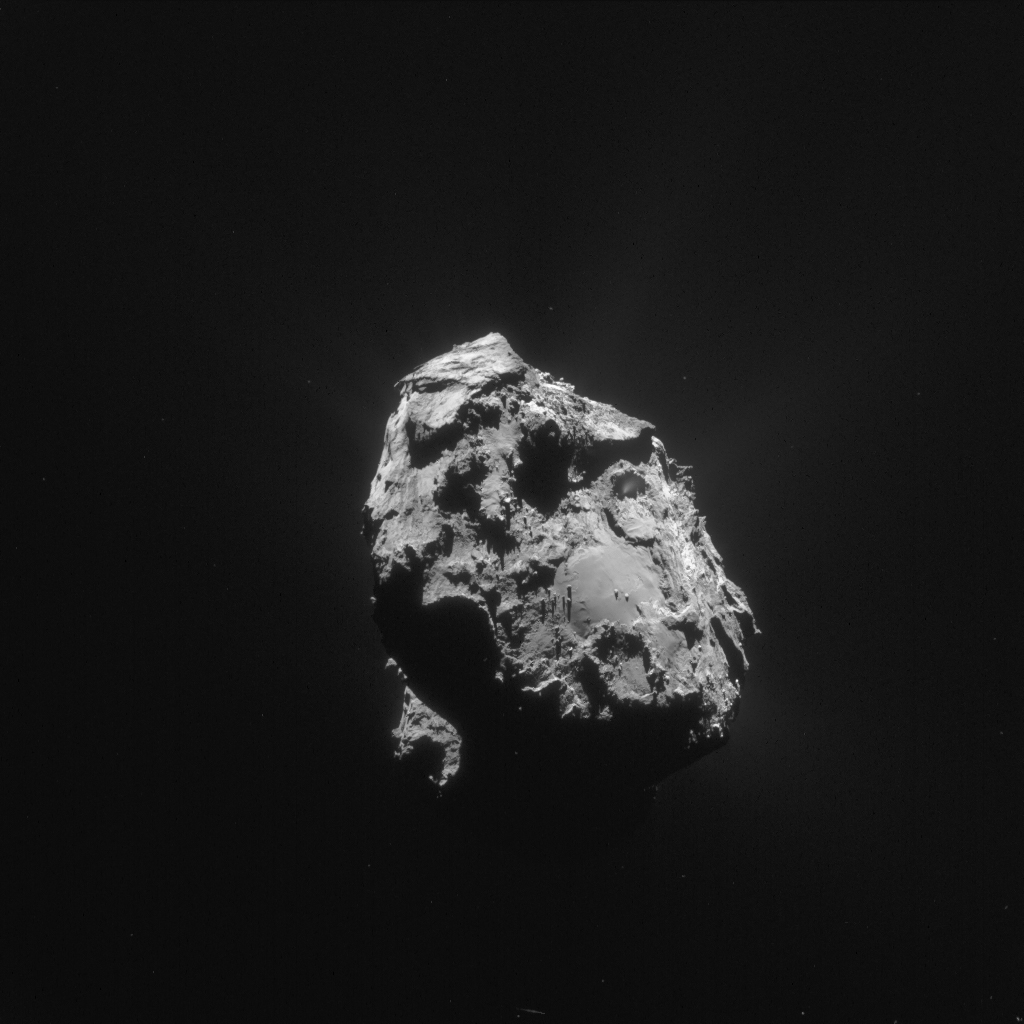 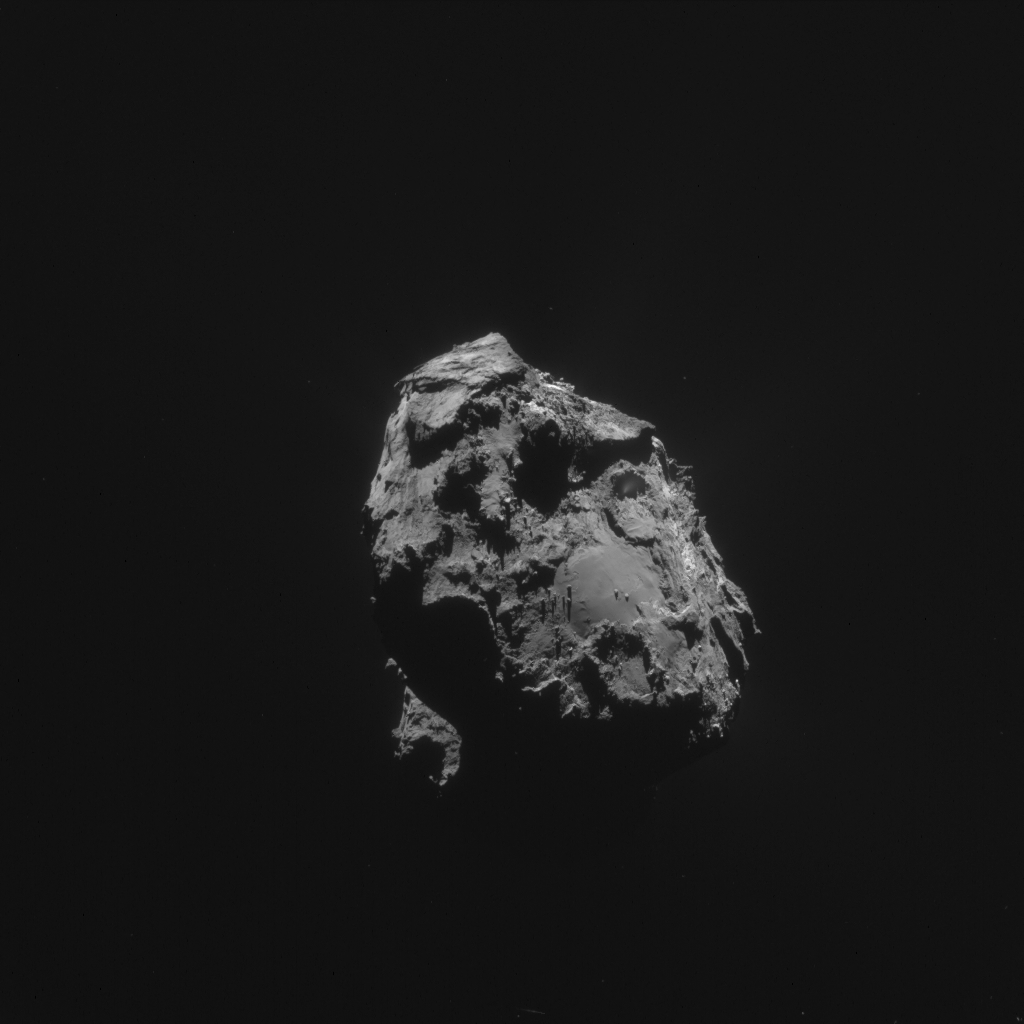