Today’s CometWatch mosaic comprises images taken by Rosetta’s navigation camera (NAVCAM) on 22 January, from a distance of 28.0 km from the centre of Comet 67P/Churyumov-Gerasimenko. The image resolution is 2.4 m/pixel and the individual 1024 x 1024 frames measure 2.4 km across. The mosaic measures 4 x 4 km. 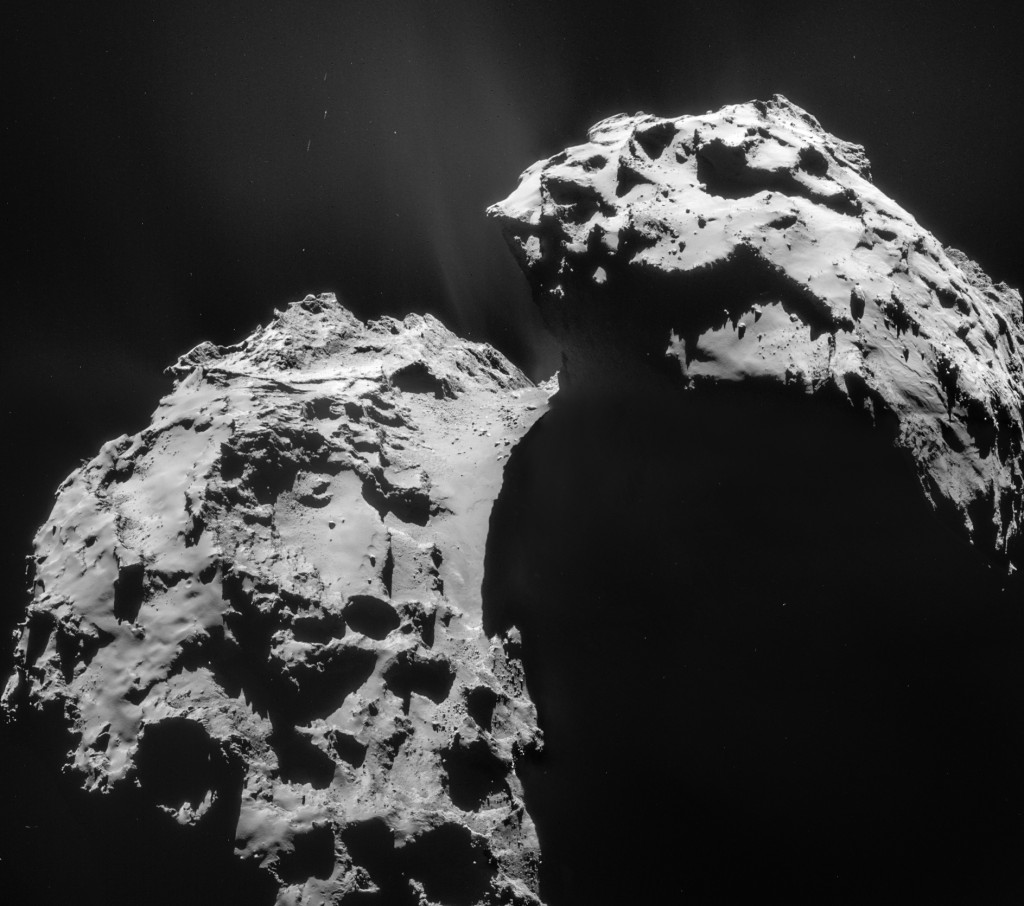 Four image mosaic comprising images taken on 22 January 2015 by Rosetta’s Navigation Camera (NAVCAM). Rotation and translation of the comet during the imaging sequence make it difficult to create an accurate mosaic, and there may be some spurious spatial and intensity features as a result of the mosaic-making sequence, so always refer to the individual frames before performing any detailed comparison or drawing conclusions about any strange structures or low intensity extended emission. Credits: ESA/Rosetta/NAVCAM – CC BY-SA IGO 3.0

The mosaic looks down onto the Seth region on the larger lobe (left) and its transition into the smooth neck region of Hapi, with the smaller comet lobe to the right – the rim of Hatmehit just visible along the horizon.

One particularly interesting observation is that the curved, horseshoe-shaped markings in Hapi have appeared to change in appearance since the last published images of this region (for example, take a look at the CometWatch entries for 8 January and 9 December).

Of course, we cannot discount the role that the change in viewing geometry/illumination conditions play, but the markings that in today’s image can be seen about a third from the top of the lower left frame, seem a lot more developed than in the 8 January image, where there is perhaps only just a hint of them in the making.

Today’s image also affords a great view of the flat plateau with its thumbprint-like depressions along its edge. As discussed in previous entries, these features are considered possible precursors to fracture or collapse. (Click here for OSIRIS image of this feature.)

We look forward to seeing what other interesting features you spot in today’s image set! 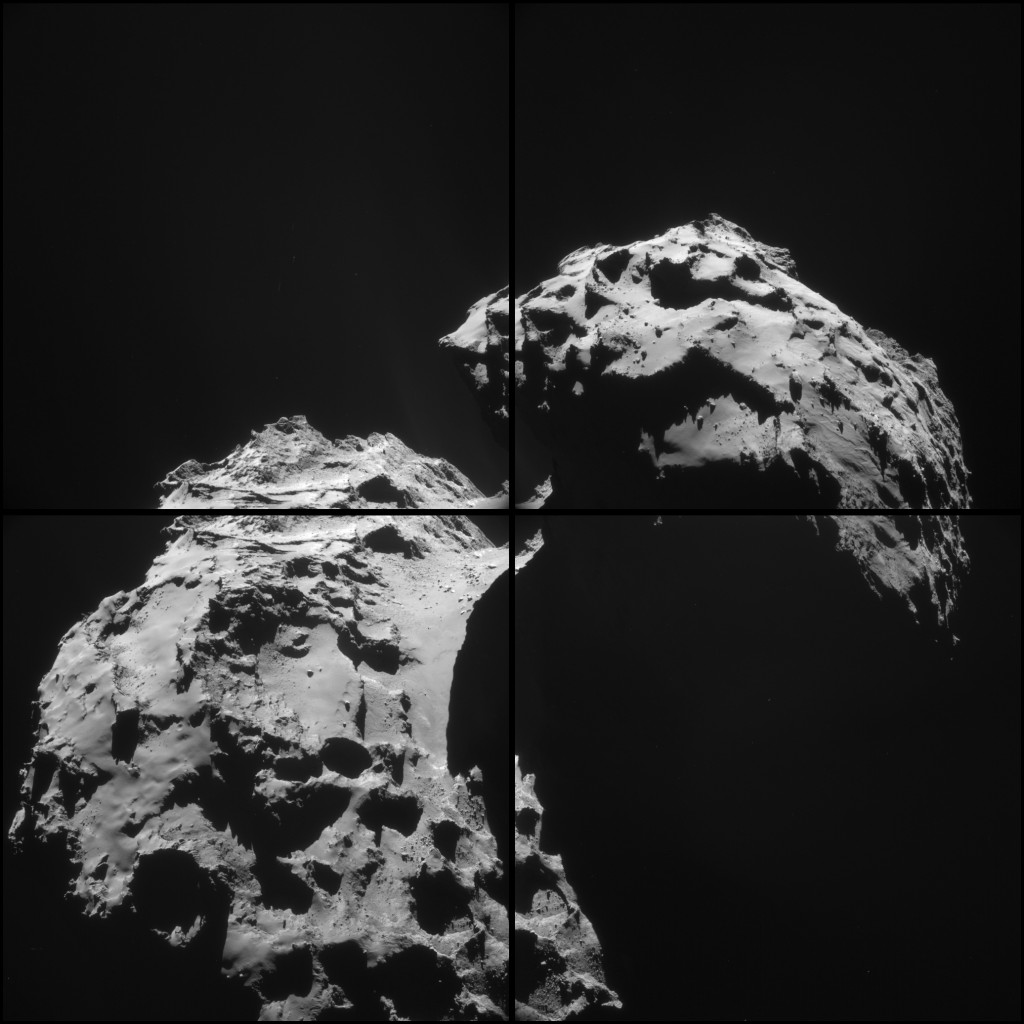 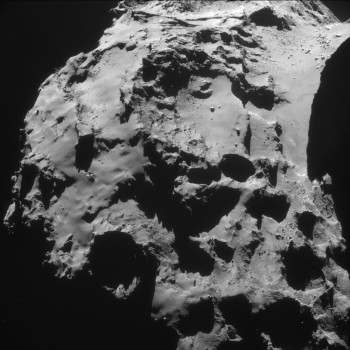 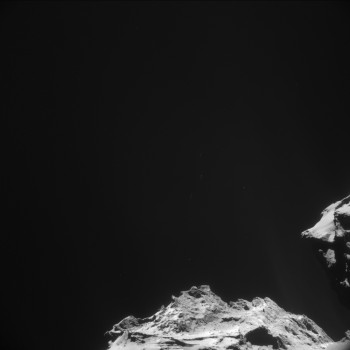 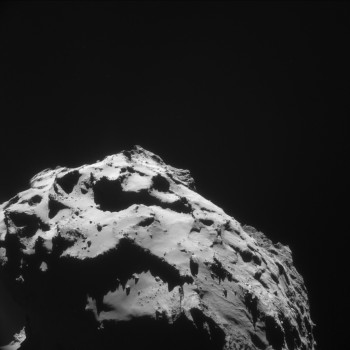 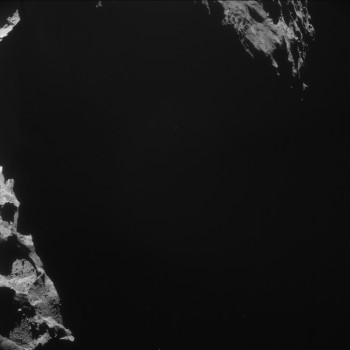