Montage of four images of Comet 67P/C-G taken on 26 September, from a distance of 26.3 km from the centre of the comet. The four 1024 x 1024 pixel images making up the montage are provided at the end of this post. 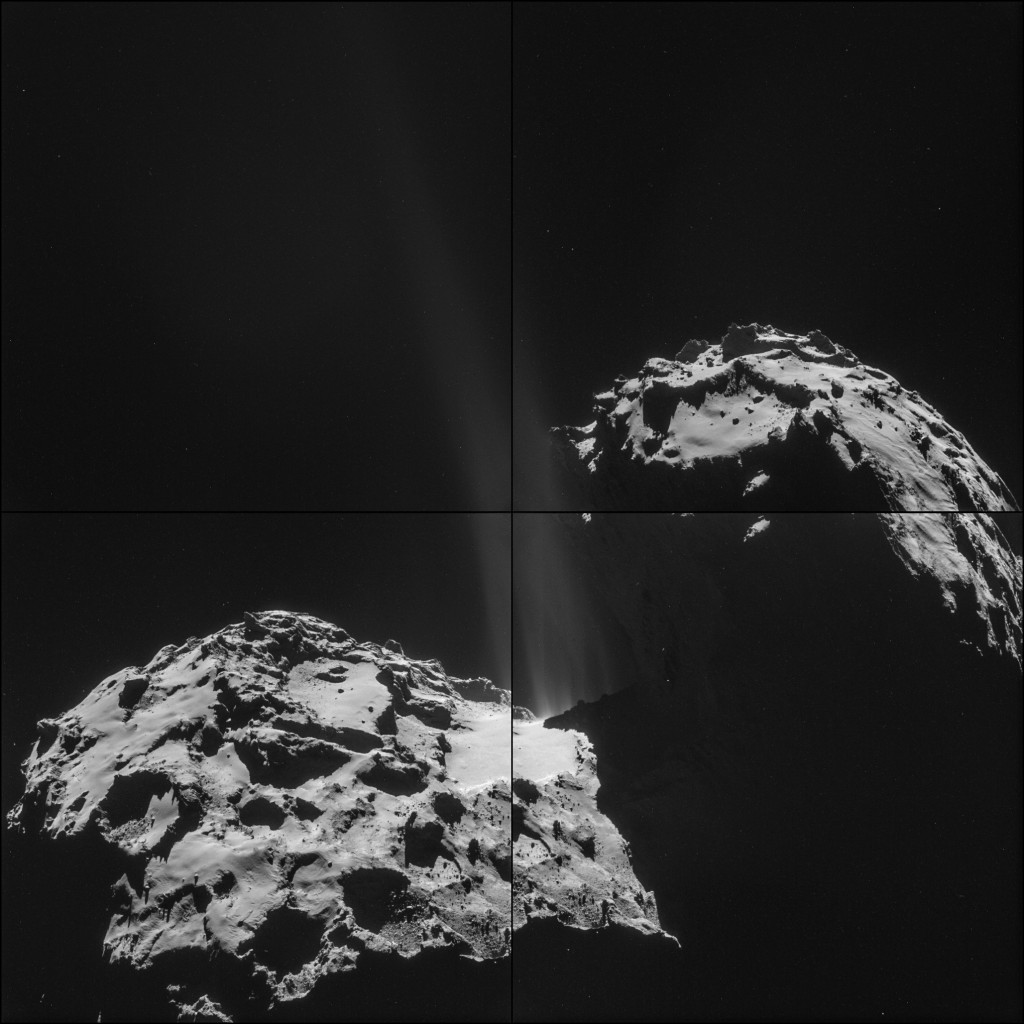 Four image montage of 67P/C-G on 26 September from a distance of 26.3 km.  Credit: ESA/Rosetta/NAVCAM

The individual images have been background subtracted to remove some striping and fixed noise patterns. In making the montage, the background levels have then been adjusted in order to make the images more or less equivalent, the vignetting in the corners of the images has been reduced, and some processing of the overall brightness and contrast has been applied using Adobe Lightroom. Finally, the montage has been rotated by 180°.

We have not made a proper mosaic on this occasion, because it is becoming extremely difficult at these close distances due to the combined effect of the comet rotating between the first and last images taken in the sequence (about 10 degrees over 20 minutes) and the spacecraft moving by some 1–2 km in the same time.

While the two images on the right of the montage could perhaps be joined seamlessly, the problem becomes much harder between the lower-right and lower-left images. Careful inspection makes it clear that the perspective has shifted considerably between them and that some of the shadows have changed a lot as well.

It’s not easy to bring these images into alignment and thus we leave the challenge of making a reasonable mosaic from them to you!

That aside, it goes without saying that the main talking point of this image is the spectacular region of activity at the neck of 67P/C-G. What we’re seeing is the product of ices sublimating and gases escaping from inside the comet, carrying streams of dust out into space. Zooming in close to the surface and to the source of this activity and it is apparent that it is originating from several discrete locations.

You might also like to try increasing the exposure of the montage to bring out some faint details of the comet’s ‘head’, and even some boulders in the neck region.

As the comet gets progressively closer to the Sun along its orbit, the surface will become warmer, and the level of activity will increase, producing a vast coma around the nucleus, along with a tail. It’s perhaps hard to believe looking at images like this at less than 30 km distance from the surface, but recent ground-based images have revealed that 67P/C-G’s coma already extends at least 19 000 km from the nucleus! 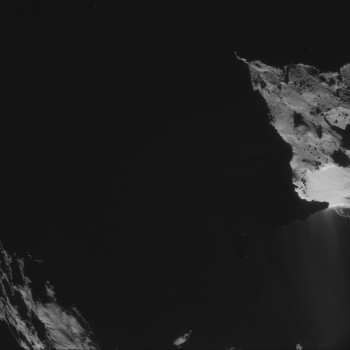 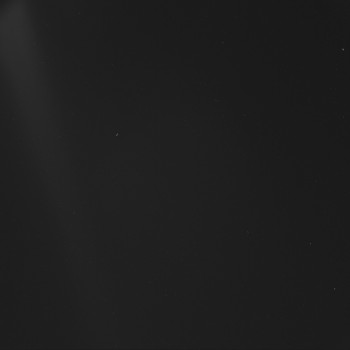 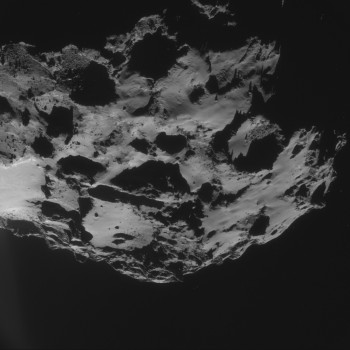 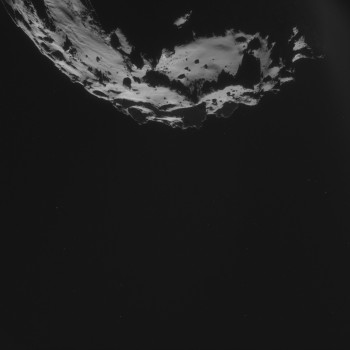