This four-image mosaic comprises images taken from a distance of 20.4 km from the centre of Comet 67P/Churyumov-Gerasimenko on 9 December. The image resolution is 1.74m/pixel and the individual 1024 x 1024 frames measure 1.8 km across. The mosaic is slightly cropped and measures 2.9 x 2.7 km.

As usual, rotation and translation of the comet during the image sequencing makes it difficult to create an accurate mosaic. In this particular instance, some distortion terms were introduced to make the mosaic, but careful inspection will show slight remaining mismatch errors at one of the peaks on the top edge of the mosaic and at the limb of the comet on the right-hand edge.

Some cleaning has been applied to lower the impact of NAVCAM scattering and make the boundaries between images continuous. So, be cautious in pushing the intensities too far to look at very faint features: there will be some artefacts.

In this orientation, the smaller lobe of the comet is to the right, and the larger lobe to the left. 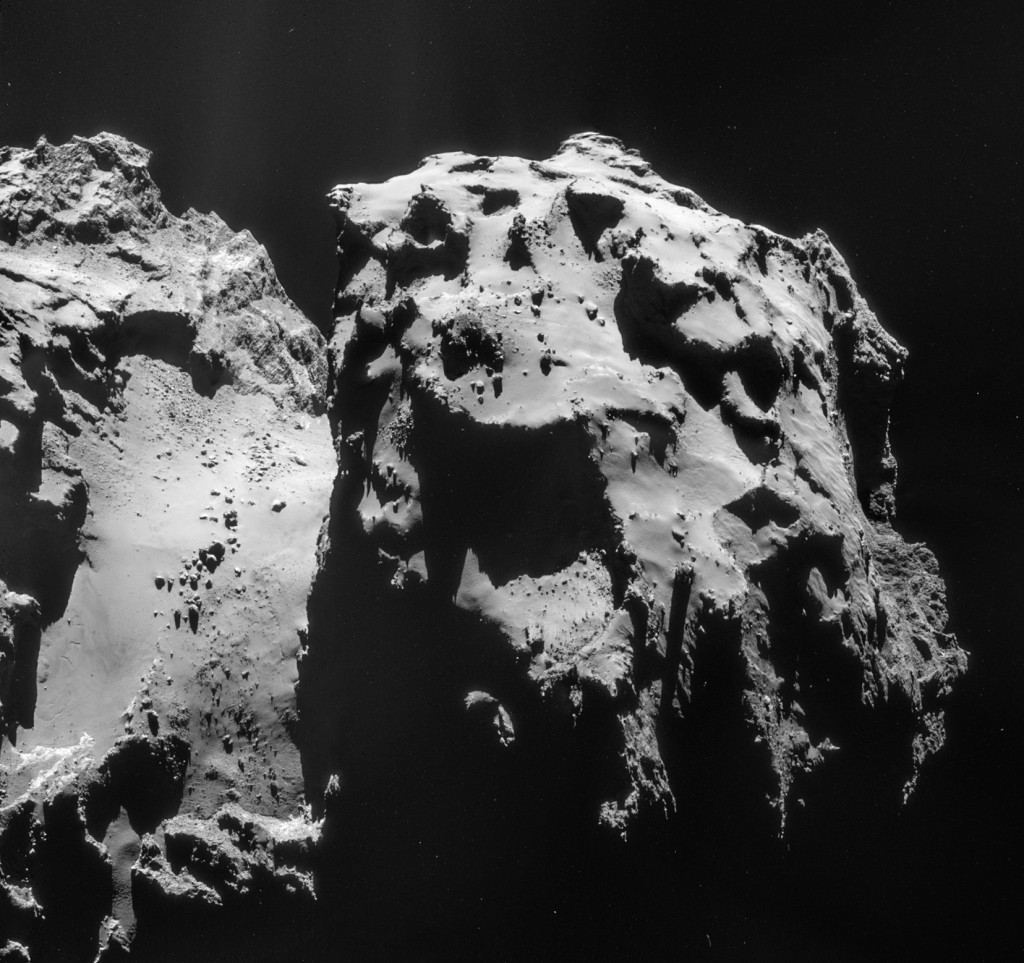 The lower left part of the mosaic has some particularly interesting features. Towards the left of the smooth neck region, there are a series of curved trough-like features. The longest of these features, at the bottom of this set in this orientation, is reminiscent of the feature close to the Cheops boulder.The same features are also just visible in the image published earlier this week, towards the centre of the frame, but the image presented here provides a much clearer view.

However, it is difficult to spot these particular features in earlier images (e.g those taken on 2 Oct and 20 Oct), suggesting that changes may be occurring on the surface. That said, changes in viewing angle, illumination conditions, and image resolution could also be responsible, and a more detailed analysis at high resolution and over a wider range of viewing conditions will be needed to see if these features are changing in appearance over time.

Towards the right of the neck region, you may also spot what appears to be a chain of small pits – these were also identified in earlier images, and almost give the impression that perhaps a boulder has bounced and rolled along a linear track.

Finally in the same region, towards the bottom left of the mosaic, brighter cliffs also stand out against the darker background, seemingly devoid of the dust that covers the majority of the comet’s surface.

Of course, the rest of the mosaic offers incredible views of the comet’s surface details too, and the region at far right gives another look across the large depression that the 7 December image set focused on.

As mentioned previously in the blog, a full geologic interpretation of the comet’s features and evolutionary processes will be made available by the Rosetta science teams via peer-reviewed papers in due course. 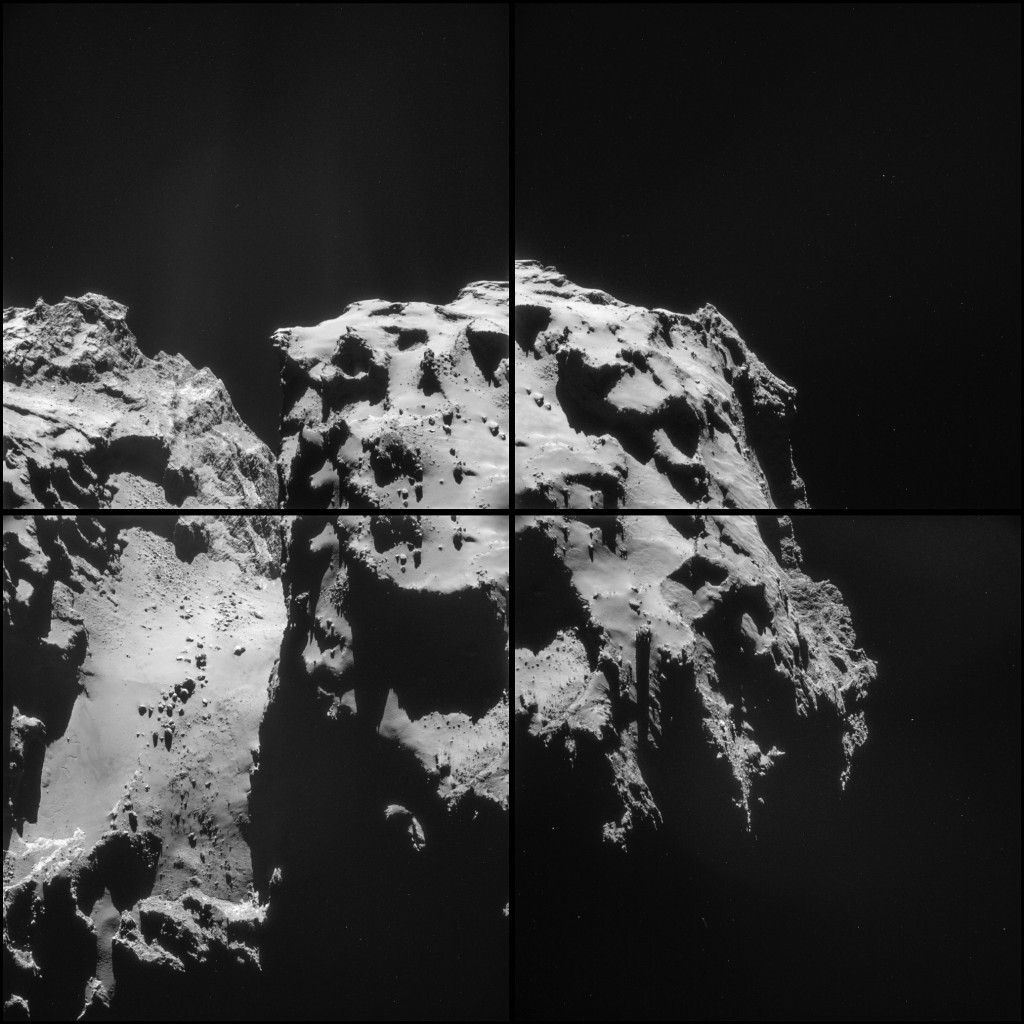 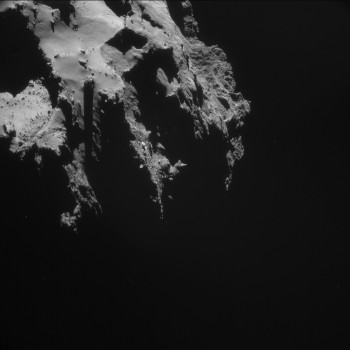 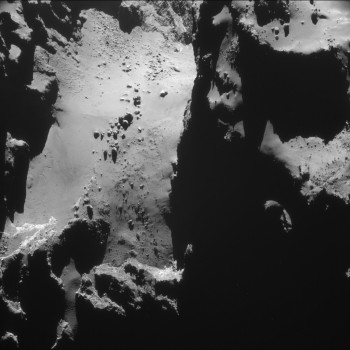 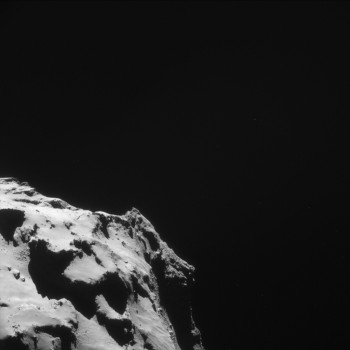