This four-image NAVCAM montage comprises images taken on 18 October from a distance of 9.9 km from the centre of Comet 67P/C-G – about 7.9 km from the surface, not long after the image published Monday was taken. The four 1024 x 1024 pixel images making up the montage are provided at the end of this post. Assuming the 7.9 km distance, the image scale is about 67 cm/pixel, so each 1024 x1024 pixel frame is about 690 m across. 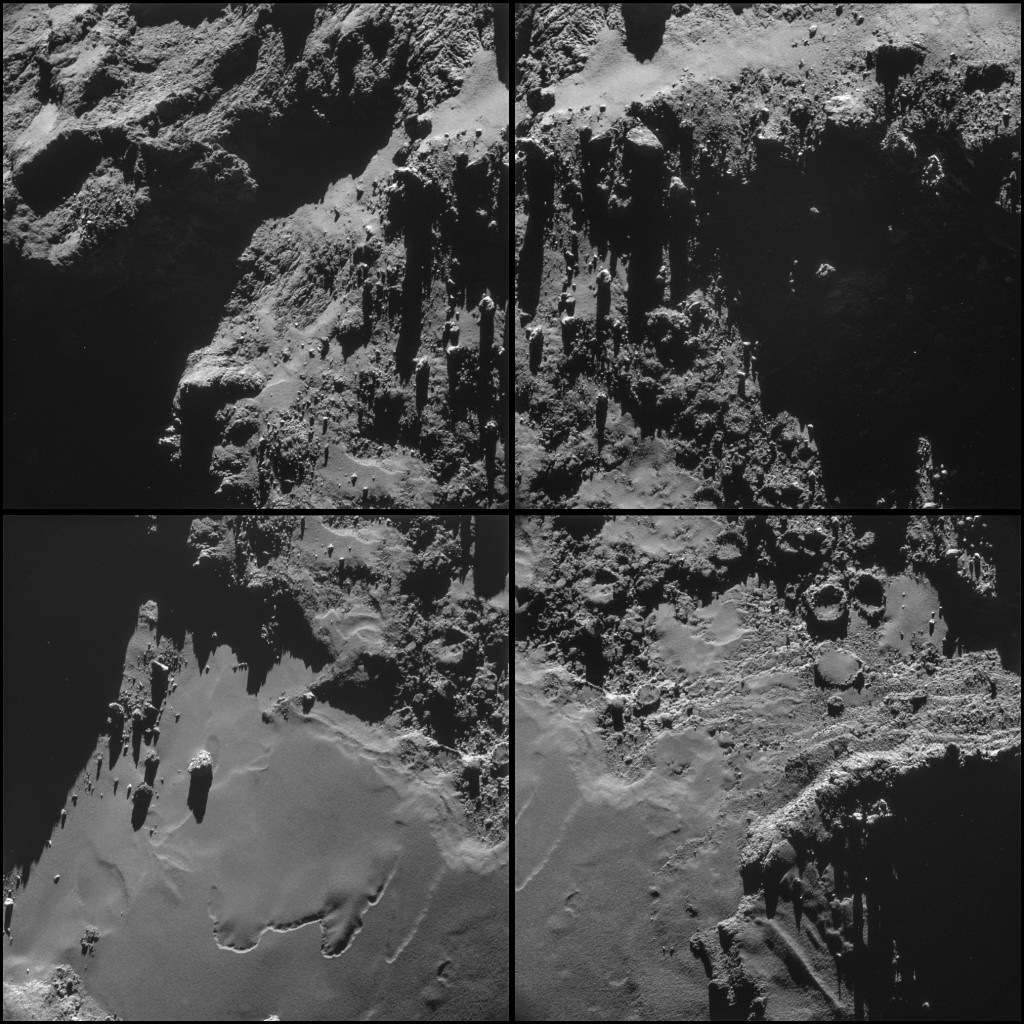 Comet 67P/C-G on 18 October, from a distance of 9.9 km from the centre of the comet.
Credits: ESA/Rosetta/NAVCAM

In this image, we’re looking at the underside of the larger lobe of Comet 67P/C-G, which provides another look at boulder Cheops (lower left frame; see here and here for previous views) and a much more detailed look at the feature-rich surrounding terrain.

Numerous circular depressions can be seen towards the centre of the region, some with rather well-defined rims and smooth floors. While some craters and pits on 67P/C-G may be direct tracers of active locations, it is also expected that sublimation of volatiles from beneath the surface dust could induce collapse of the overlying area into pits. Of course, based on these images alone, alternative interpretations cannot be ruled out. Some circular depressions may be evidence of past impact cratering events or perhaps fine-grained material filled in some previously existing depressions, with the surrounding material later eroded away to give the appearance of a raised rim.

The lower-right frame also hosts a wealth of other interesting features, such as the exposed cliff faces bearing cross-cutting scars that run in numerous directions. On top of this feature, in the lower centre of the frame, an area of overlying dust appears to have been shaped into a surprisingly linear form – perhaps aided by underlying topography. Moving left from the largest exposed cliff face in the bottom right corner of this frame, it is possible to trace the outline of another ‘ledge’ emerging from the dusty covering. If this is indeed an erosive process, and if it can be applied to this entire scene, then perhaps the long curved depression that takes centre-stage in the lower left frame is also an expression of the topography that lies beneath. Alternatively, different rates of erosion/sublimation could be responsible for carving out these shapes in the surface material, independent of what is below. 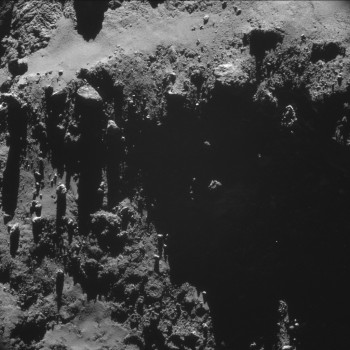 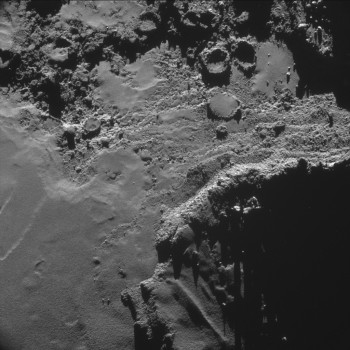