This four-image NAVCAM montage comprises images taken on 20 October from a distance of 9.4 km from the centre of comet 67P/C-G – about 7.4 km from the surface. In this orientation the smaller lobe of the comet is on the left, with the larger lobe on the right. 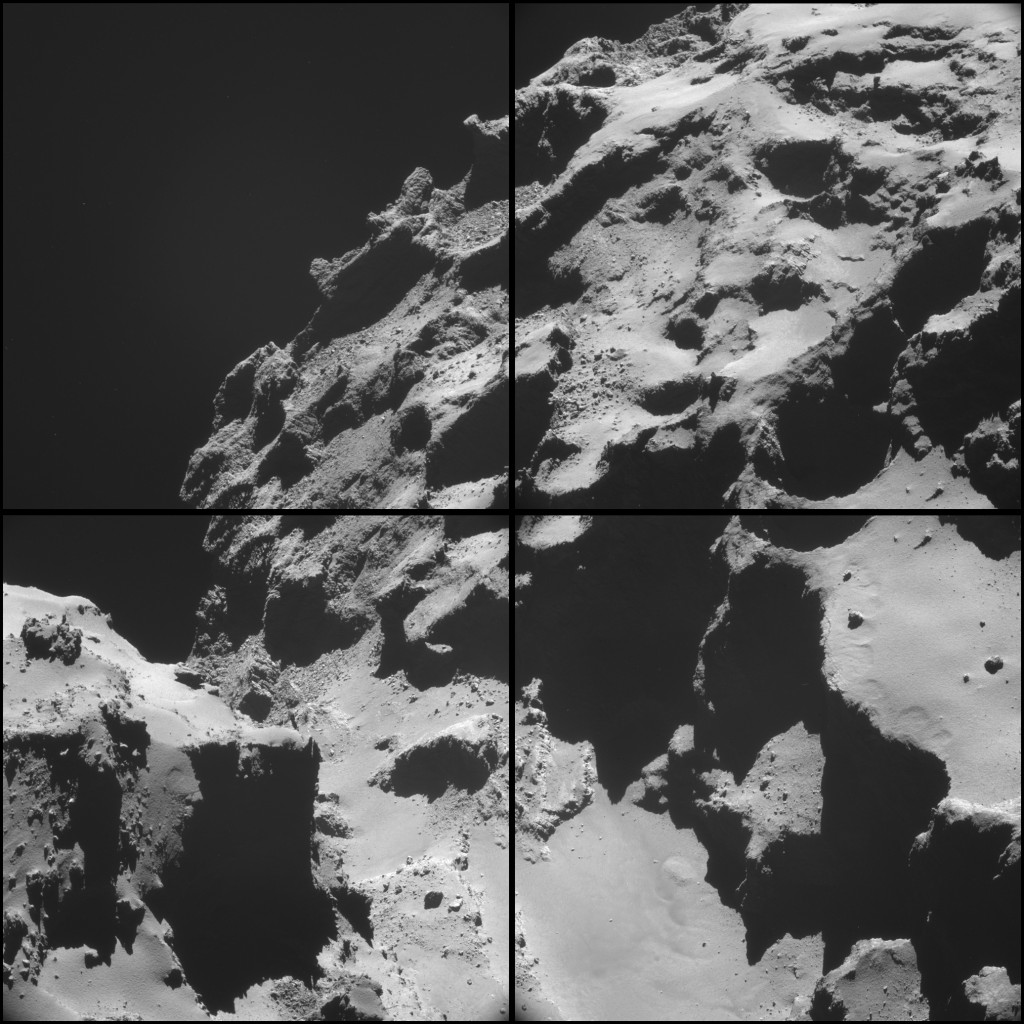 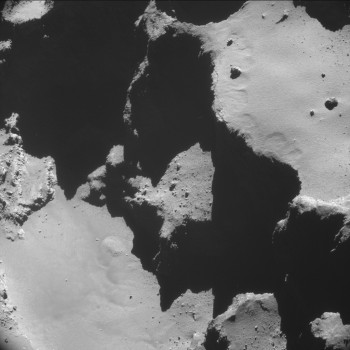 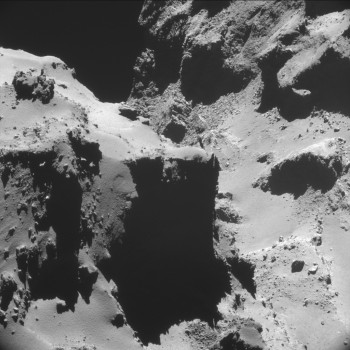 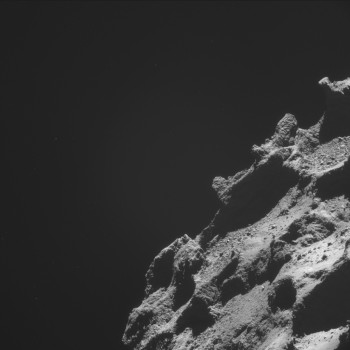 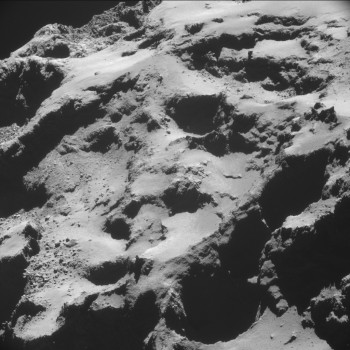