This week, CometWatch features an image of Comet 67P/Churyumov-Gerasimenko taken by Rosetta’s NAVCAM on 1 March 2016, when the spacecraft was 26.7 km from the comet nucleus. 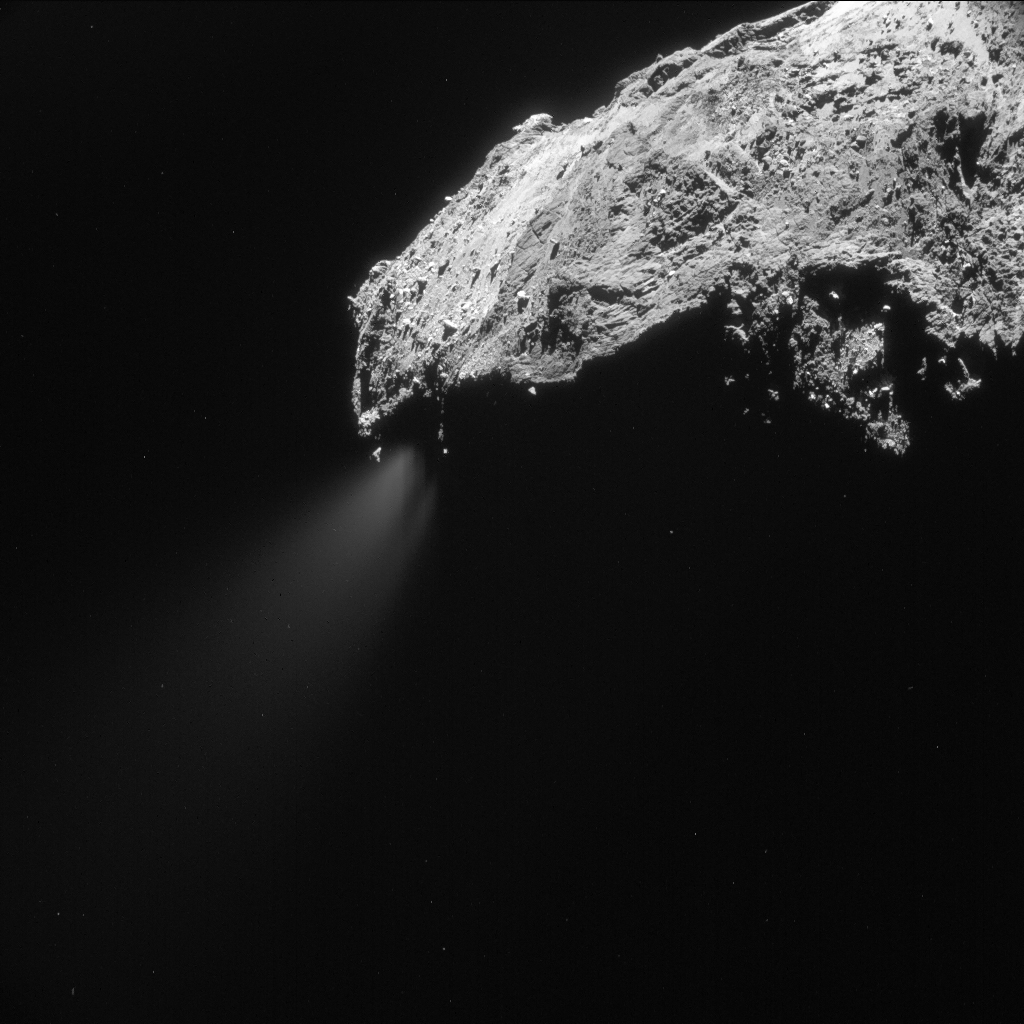 With Rosetta back at close distances from the comet, NAVCAM images no longer cover the whole nucleus but only parts of it, displaying a variety of interesting details on the surface.

This image shows a portion of the large comet lobe, where the Imhotep region slopes down towards Bes, on the southern hemisphere. A jet of activity is clearly seen emanating from the lower left edge, even in the original image (at the end of the post), while portions of the Khonsu region are visible towards the right.

Imhotep and Bes are also featured in a image taken with Rosetta’s OSIRIS narrow-angle camera on 10 February, and released last week via the OSIRIS image of the day website. Portions of Khepry can also be seen on the left side of this image. 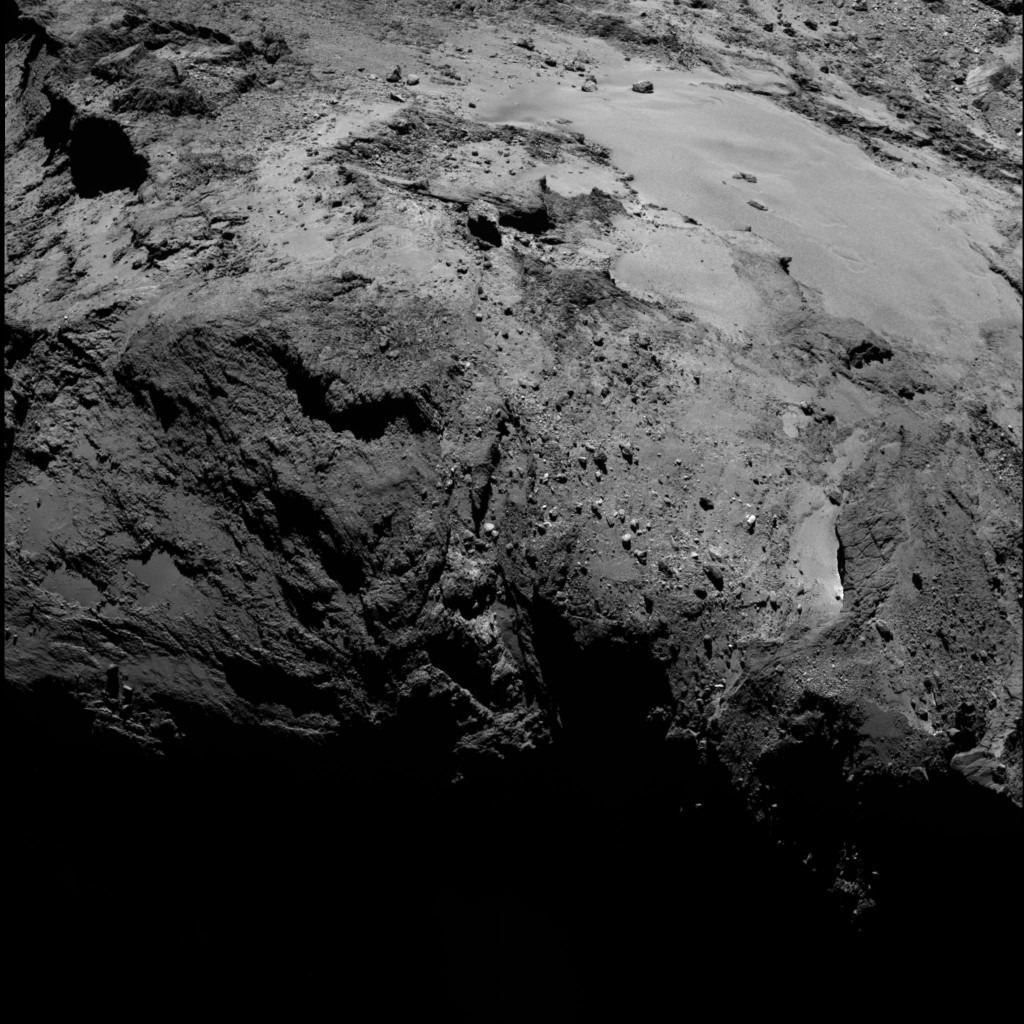 OSIRIS narrow-angle camera image taken on 10 February 2016, when Rosetta was 49.2 km from the comet. The scale is 0.89 m/pixel and the image measures 1.8 km across. Credit: ESA/Rosetta/MPS for OSIRIS Team MPS/UPD/LAM/IAA/SSO/INTA/UPM/DASP/IDA

Another narrow-angle OSIRIS image, taken on 27 February and released this week, shows a different portion of the large lobe, focussing on the Ash region. 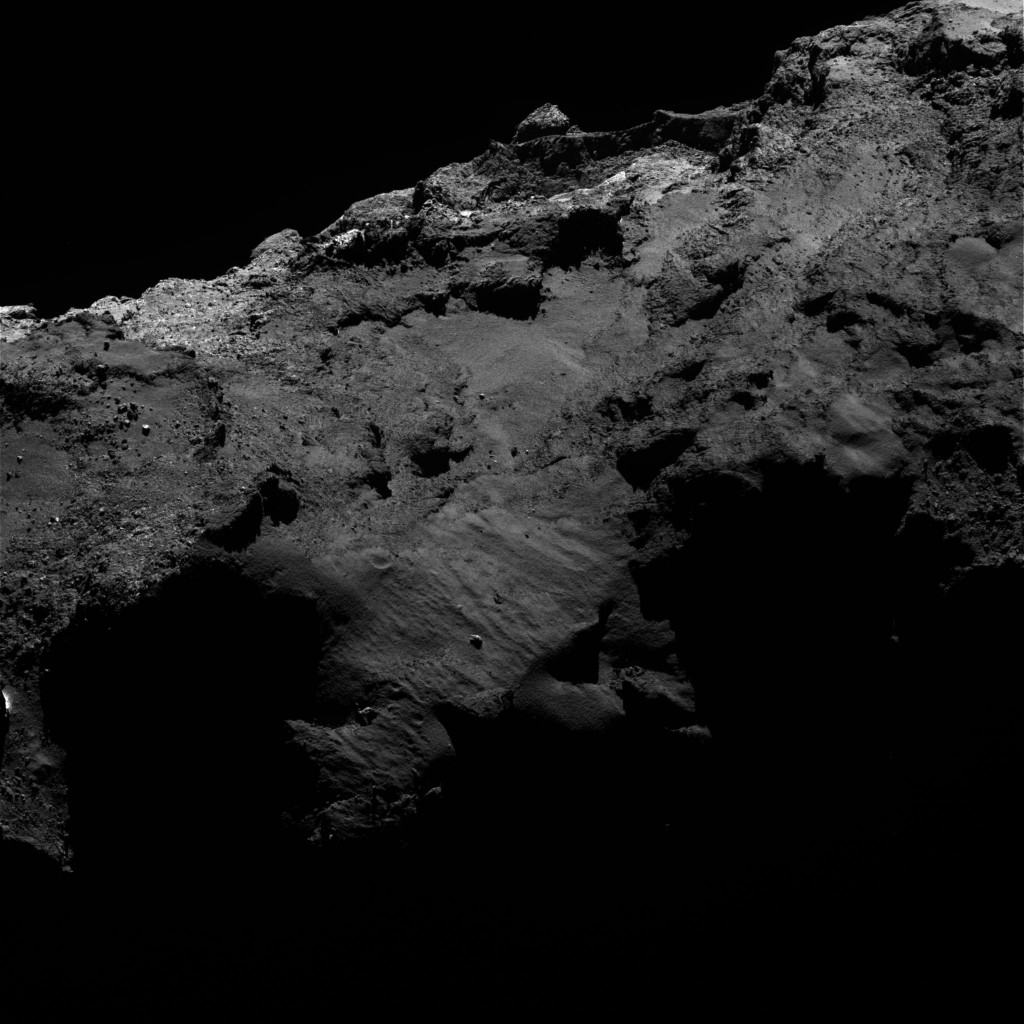 OSIRIS narrow-angle camera image taken on 27 February 2016, when Rosetta was 29.7 km from the comet. The scale is 0.53 m/pixel and the image measures 1.1 km across. Credit: ESA/Rosetta/MPS for OSIRIS Team MPS/UPD/LAM/IAA/SSO/INTA/UPM/DASP/IDA

This week, a new batch of 826 new NAVCAM images was also released, spanning the weeks between 21 October and 15 December 2015. You can browse through them via the NAVCAM Image Browser tool. 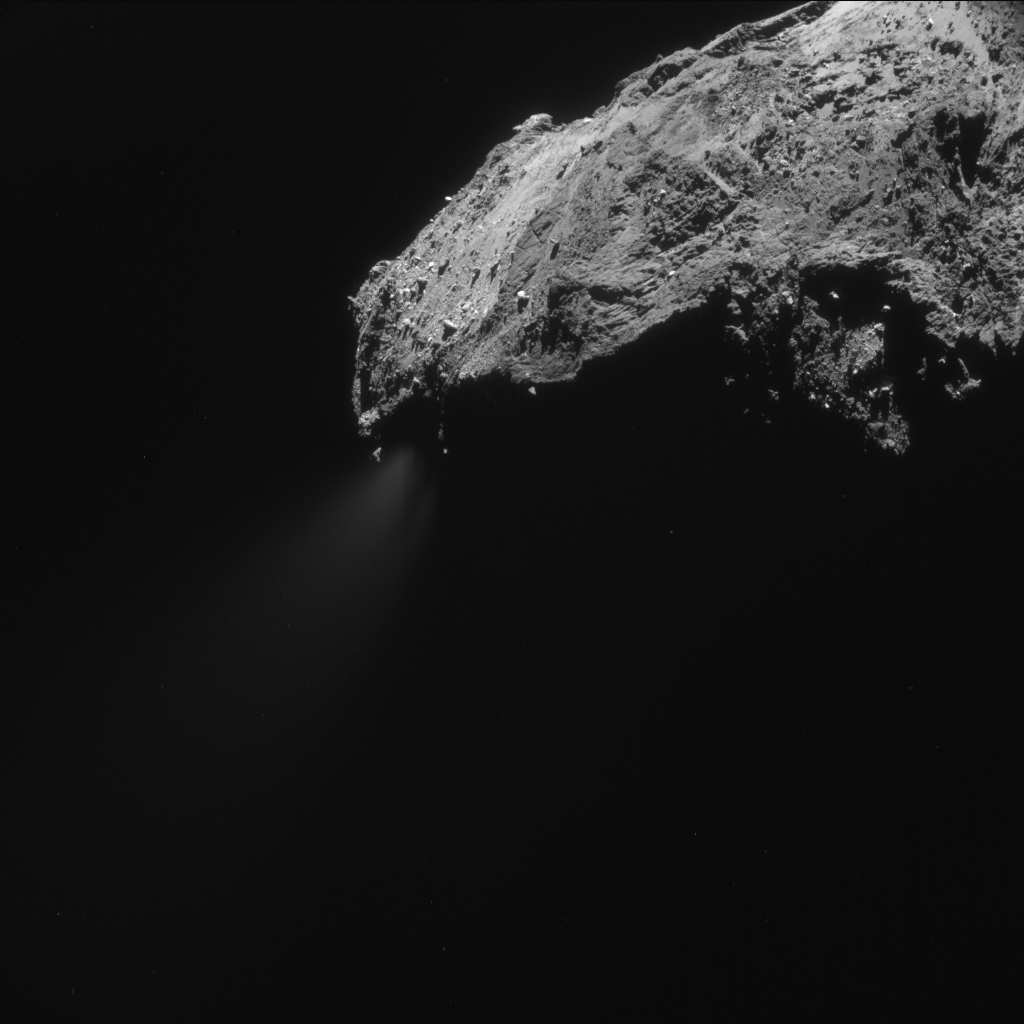