This month, Rosetta is approaching Comet 67P/Churyumov-Gerasimenko at 40 km or less, returning beautiful views of the nucleus and its surface features. In today’s CometWatch image, we see the comet pictured by Rosetta’s NAVCAM on 10 February 2016, when the spacecraft was 50.6 km from the comet nucleus. 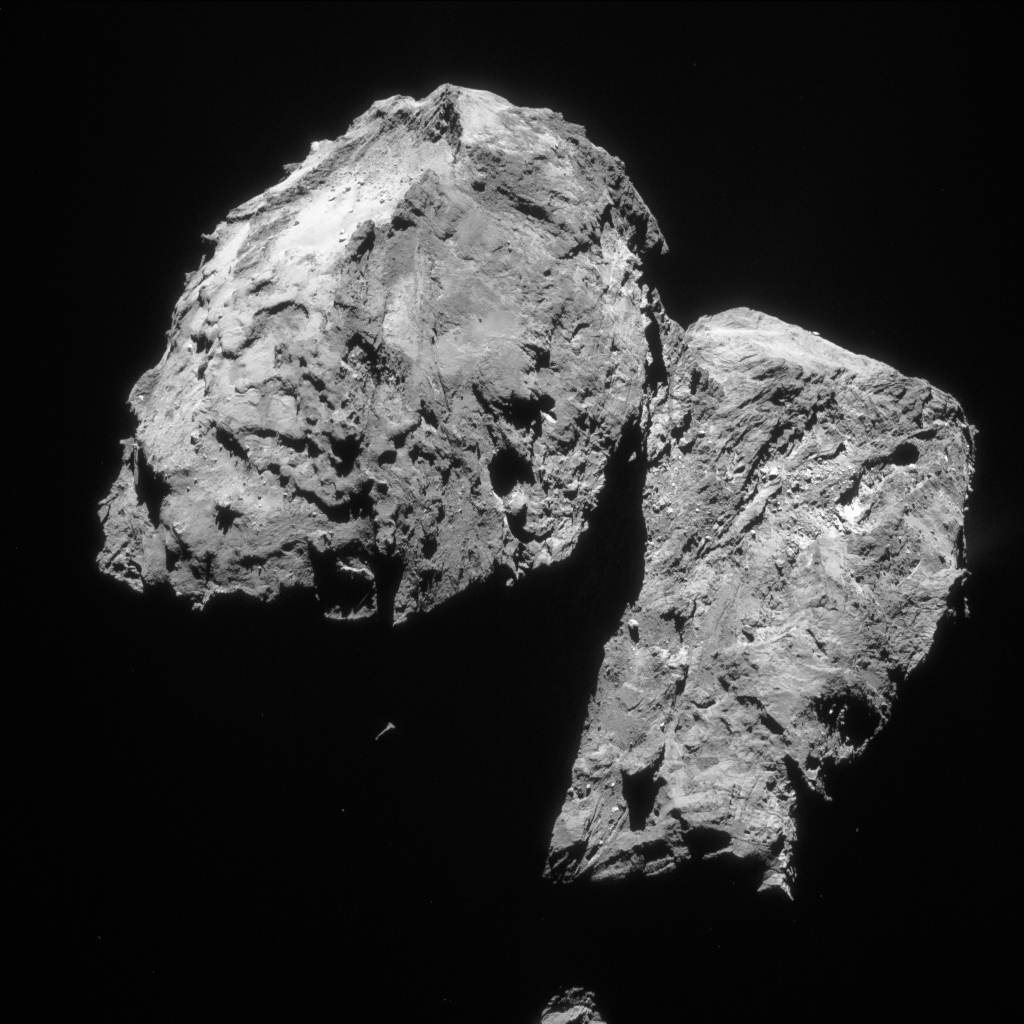 In this orientation, the small comet lobe is in the foreground, towards the top left of the frame, and the large lobe is farther away, in the lower-right part of the image. The view reveals most of the comet’s southern hemisphere, which has been experience a short and intense summer since May 2015.

The illuminated portion of the large lobe is dominated by the southern region of Anhur, with hints of Sobek on the neck. Smooth portions of Aker and Khepry are also visible towards the upper edge.

A number of regions are depicted in this view of the small lobe: Maftet, Nut and Serqet towards the lower left, Bastet on the upper right edge of the lobe, but most notably the vast, round cavity of Hatmehit in the top left and the seemingly flat terrains of Wosret at the centre of the image.

The contrast between Hatmehit, covered in dust and boulders, and the rough features on the neighbouring Wosret region were also captured in another striking image, taken with the narrow-angle camera of Rosetta’s OSIRIS imaging system on 13 February somewhat closer to the comet, at 45.8 km. 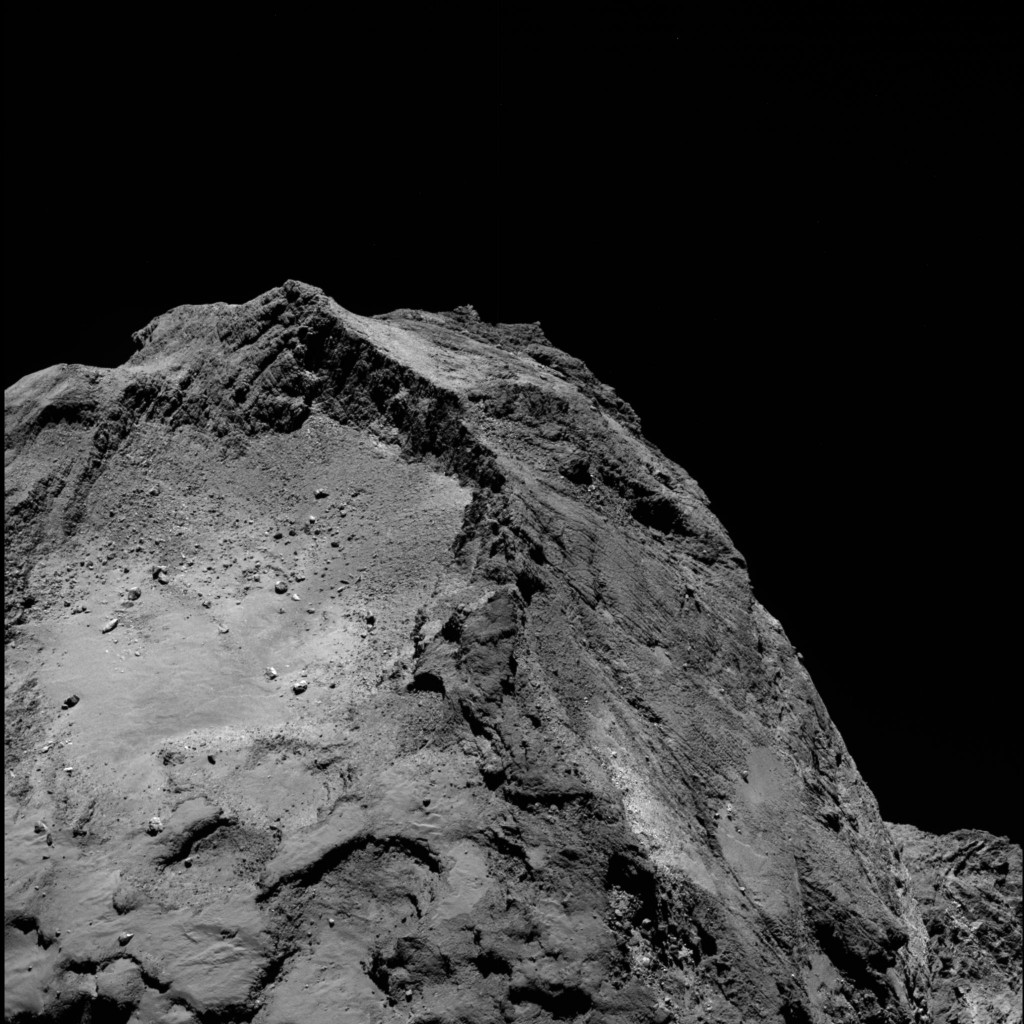 OSIRIS narrow-angle camera image taken on 13 February 2016, when Rosetta was 45.8 km from the comet. The scale is 0.82 m/pixel and the image measures 1.7 km across. Credit: ESA/Rosetta/MPS for OSIRIS Team MPS/UPD/LAM/IAA/SSO/INTA/UPM/DASP/IDA

The OSIRIS image provides a zoomed-in, detailed view onto this portion of the comet as seen in the NAVCAM image, although with a slightly different viewing angle, revealing a great deal of details about these two regions. A portion of Bastet is also visible in the OSIRIS image, including the brighter slab on the top edge of the lobe. 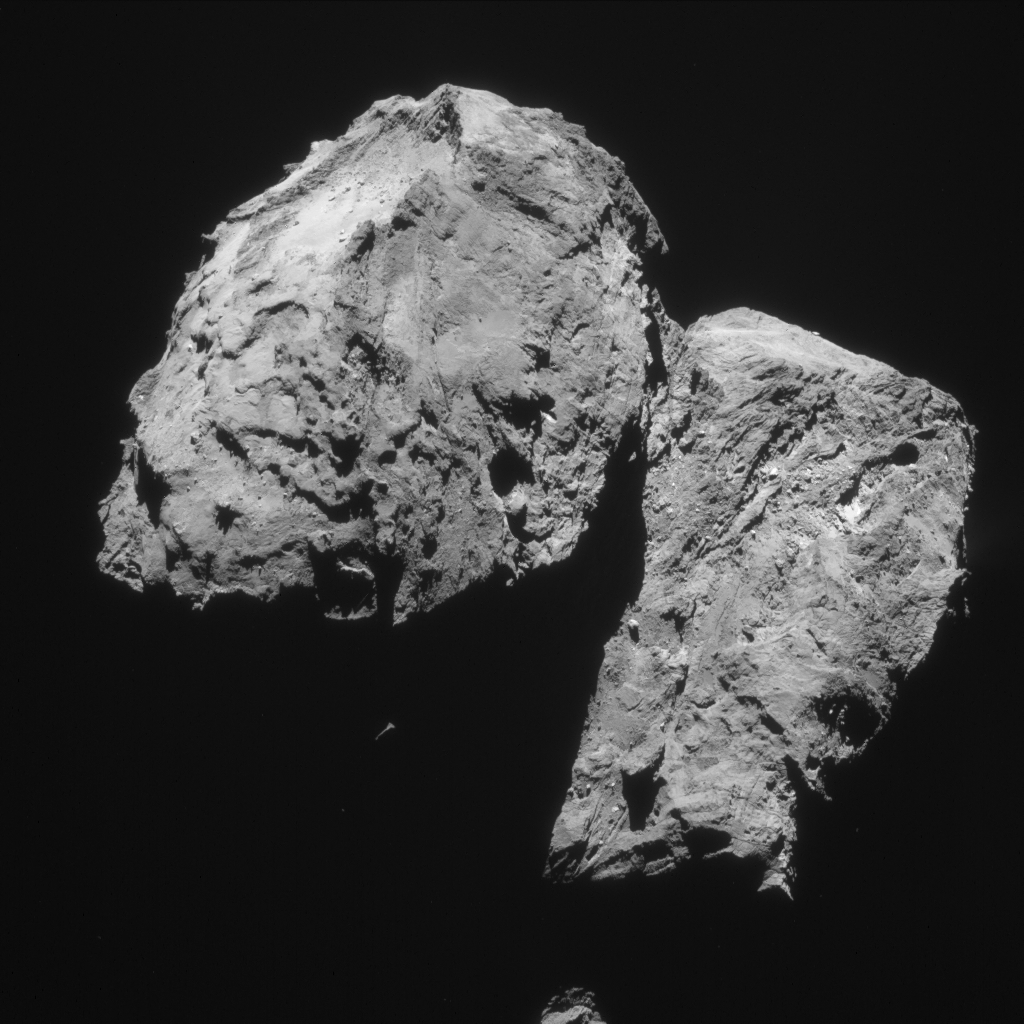