This four-image mosaic comprises images taken from a distance of 19.4 km from the centre of Comet 67P/Churyumov-Gerasimenko on 14 December. The image resolution at that distance is 1.66 m/pixel and the individual 1024 x 1024 frames measure 1.7 km across. The mosaic is slightly cropped and measures 3.0 x 3.1 km.

As usual, rotation and translation of the comet during the image sequencing make it difficult to create an accurate mosaic. As always, refer to the individual images below before drawing conclusions about strange structures seen on the comet or low intensity extended emission. 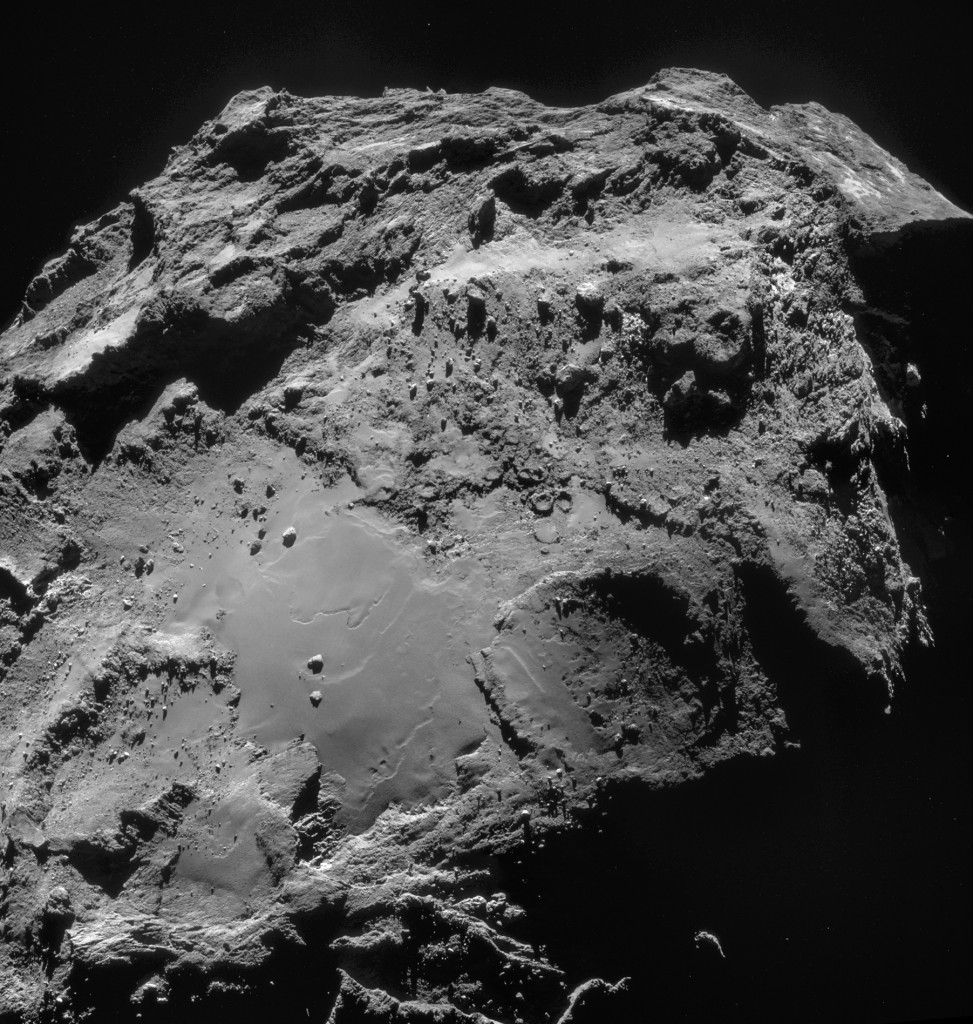 Today’s mosaic shows the underside of the larger lobe of Comet 67P/C-G, providing yet another view of the region that is home to Cheops and its neighbouring boulders.

In line with the Ancient Egyptian naming scheme agreed by Rosetta scientists for features on the comet, this smooth region and the rougher terrain towards the upper right from there has been named Imhotep, after the famous architect of Egyptian pyramids from the 27th century BC. The name of this region was revealed during a talk at AGU today.

The image also highlights the difference between the smooth region where Cheops is located and the areas around it, rich in craters, pits and cliffs. 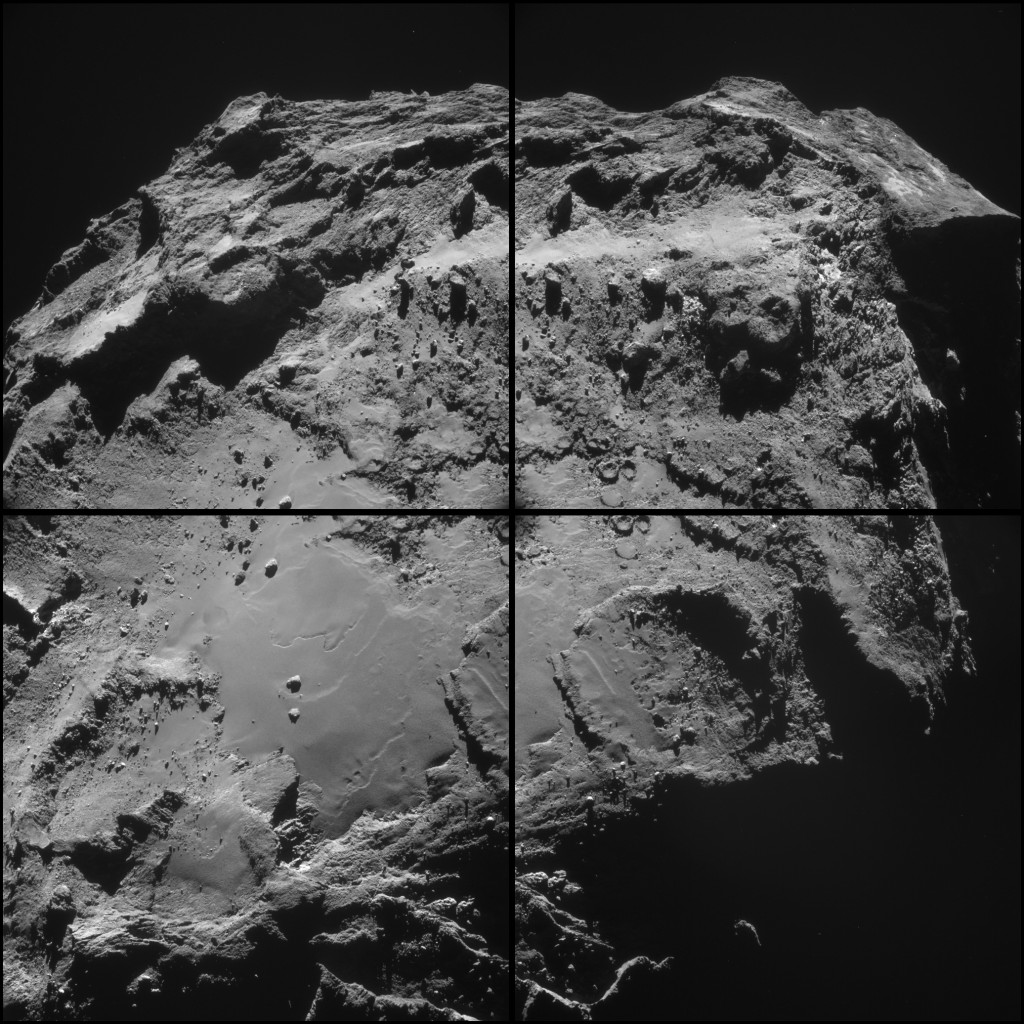 In addition, it is interesting to note that the Cheops boulder (upper and lower left frames in the montage above; see here, here and here for previous views) has now become an essential element in the proposal for establishing a scientific coordinate reference frame on the comet. In fact, one of the axes of this reference frame runs from the centre of mass of Comet 67P/C-G through the Cheops boulder. 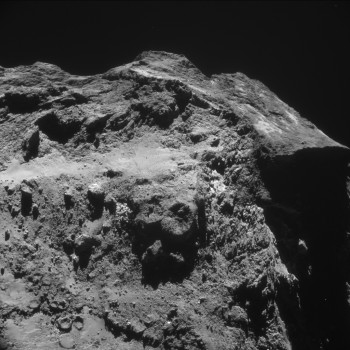