Today’s CometWatch entry is a single frame NAVCAM image obtained on 28 February from a distance of 102.6 km from the centre of Comet 67P/Churyumov-Gerasimenko. The image has a resolution of 8.7 m/pixel and measures 9.0 km across. 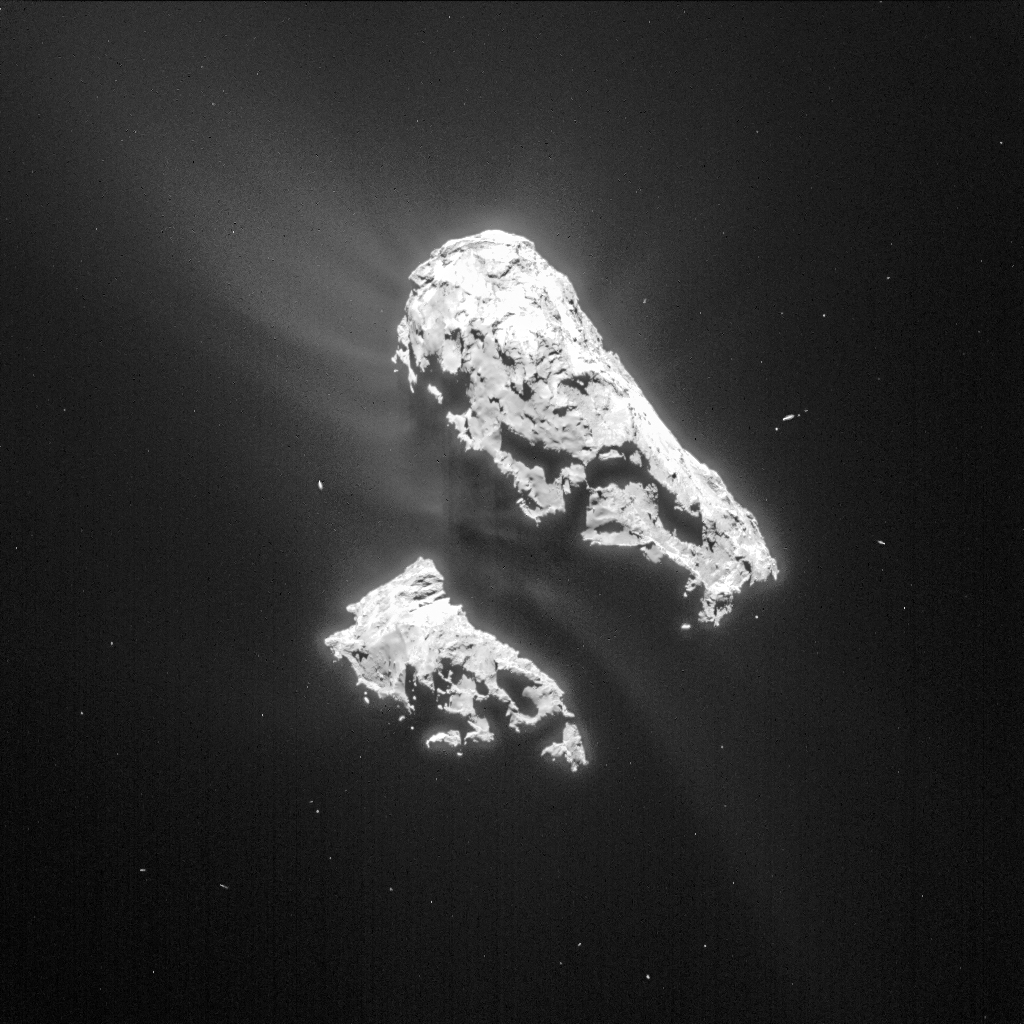 Single frame NAVCAM image of Comet 67P/C-G taken on 28 February from a distance of 102.6 km to the comet centre. The image has been processed to bring out the details of the comet’s activity. The exposure time of the image is 2.6 seconds. Credits: ESA/Rosetta/NAVCAM – CC BY-SA IGO 3.0

The view shows the large lobe of the comet to the upper right, with the small lobe to the lower left and the regions adjacent to the comet’s neck cast in shadow. This complements the images published earlier this week as CometWatch 26 February and 25-26-27 February, providing yet another perspective on the comet’s activity.

Like the four NAVCAM images posted last Wednesday, this image was also taken in support of the observations of the Alice spectrograph. For similar reasons, parts of the image depicting the nucleus are saturated, so we decided again to process the image with a focus on the activity, bringing out the elaborate geometry of the jets of dust emanating from the surface of the nucleus. 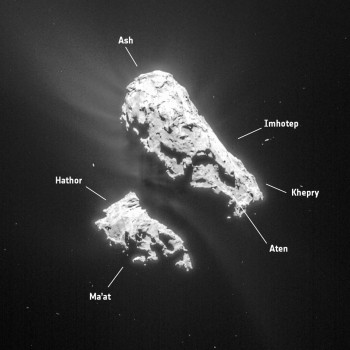 We have also prepared an annotated view of today’s CometWatch to help you locate some of the regions shown in the image. You can also find regional maps of Comet 67P/C-G here and here. 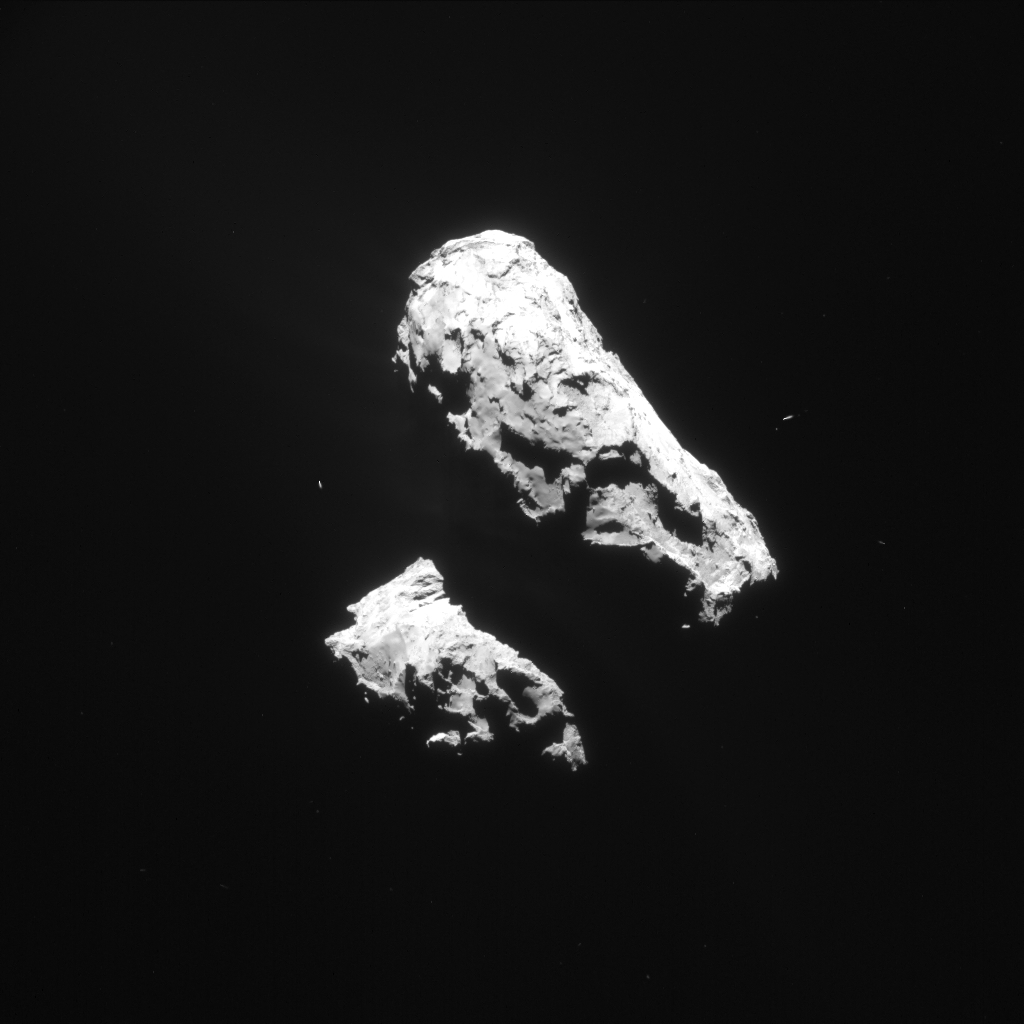