Today’s CometWatch entry is a single frame NAVCAM image taken on 9 February from a distance of 105 km from the comet centre. The image resolution is 8.9 m/pixel; the processed image below has been slightly cropped to eliminate vignetting in the upper corners, and measures 8.5 x 8.5 km (the original, provided at the end of the post, measures 9.1 x 9.1 km). 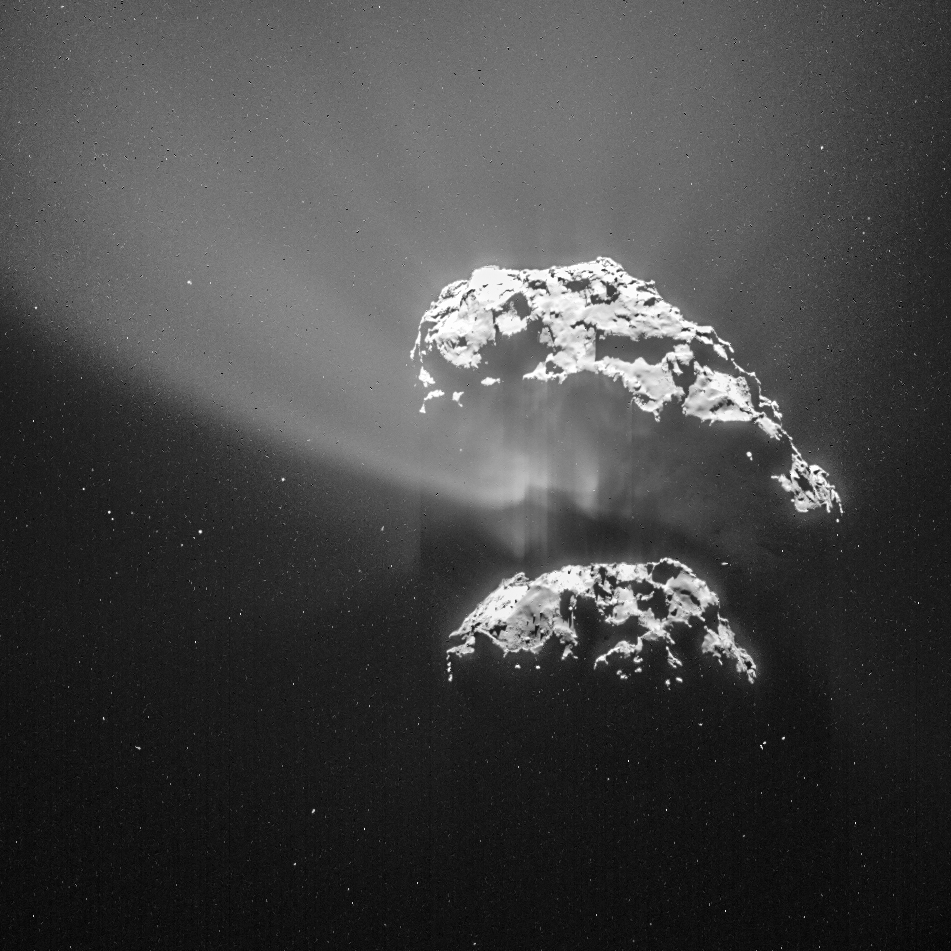 NAVCAM image taken on 9 February from a distance of 105 km from the comet centre. The exposure time is 6 seconds. Credits: ESA/Rosetta/NAVCAM – CC BY-SA IGO 3.0

In this orientation, the comet’s small lobe is the foreground and the large lobe is in the background. Particularly stunning is the delicate, ethereal glow of activity that contrasts against the shadowed region between the two lobes. From this viewing position the outflowing material seems to take the shape of a broader fan, rather than the more collimated jet-like features seen at other angles.

As seen in previous images, the sharp vertical shadows seem to be a result of the large lobe casting shadows down across the neck of the comet and towards the head. There is very little back-scatter illumination around the neck itself, but a diffuse ‘glow’ can be seen against these dark shadows where a broader ‘atmosphere’ is visible above the surface of the small lobe. 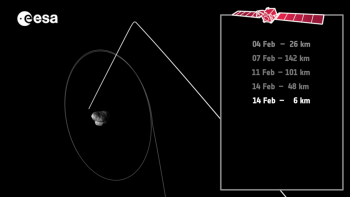 Rosetta is now less than 24 hours from its close 6 km flyby of the comet – closest approach tomorrow occurs at 12:41 GMT (13:41 CET) above the Imhotep region. The NAVCAM is scheduled to take images 1-2 hours before and after closest approach, when the spacecraft will be between about 8.5 and 11 km above the comet surface. These NAVCAM images will be downlinked to Earth Sunday/Monday and – depending on availability – we hope to be able to share one of these images with you as Monday’s CometWatch entry.

Meanwhile the OSIRIS team expects to get their images back some 5-12 days after the flyby, and therefore anticipate releasing an image within about two weeks of the event. The delay is due to data buildup in the spacecraft’s mass memory (which NAVCAM does not suffer from) and, furthermore, the bit rate is particularly low at the moment because of the relative position of Rosetta to the Earth – essentially on the opposite side of the Sun (you can check the situation with our Where is Rosetta? tool for today’s date, for example).

Rosetta has ten other scientific experiments that will also collect data during the flyby. The spacecraft will also pass through a point where the Sun is directly behind the spacecraft, allowing the instruments to make unique observations of the comet surface and compare it with measurements made over a large range of illumination conditions. This will offer further insight into the physical properties and composition of the surface material, which in turn will help unravel the mechanisms that trigger cometary activity.

Indeed, the spacecraft will make valuable in-situ measurements of the inner coma, to sample the region where the comet’s coma is born. This will help scientists gain a better understanding of the exchange of momentum between the dust grains and gas molecules, testing mechanisms that have previously only been modelled theoretically.

Following the close flyby, Rosetta will move as far as 250 km from the nucleus. The trajectory also increases in inclination, to allow the instruments to take measurements over a large latitude range.

For more information about the close flyby, read our preview story: Rosetta swoops in for a close encounter

The original 1024 x 1024 frame for today’s CometWatch entry is provided below: 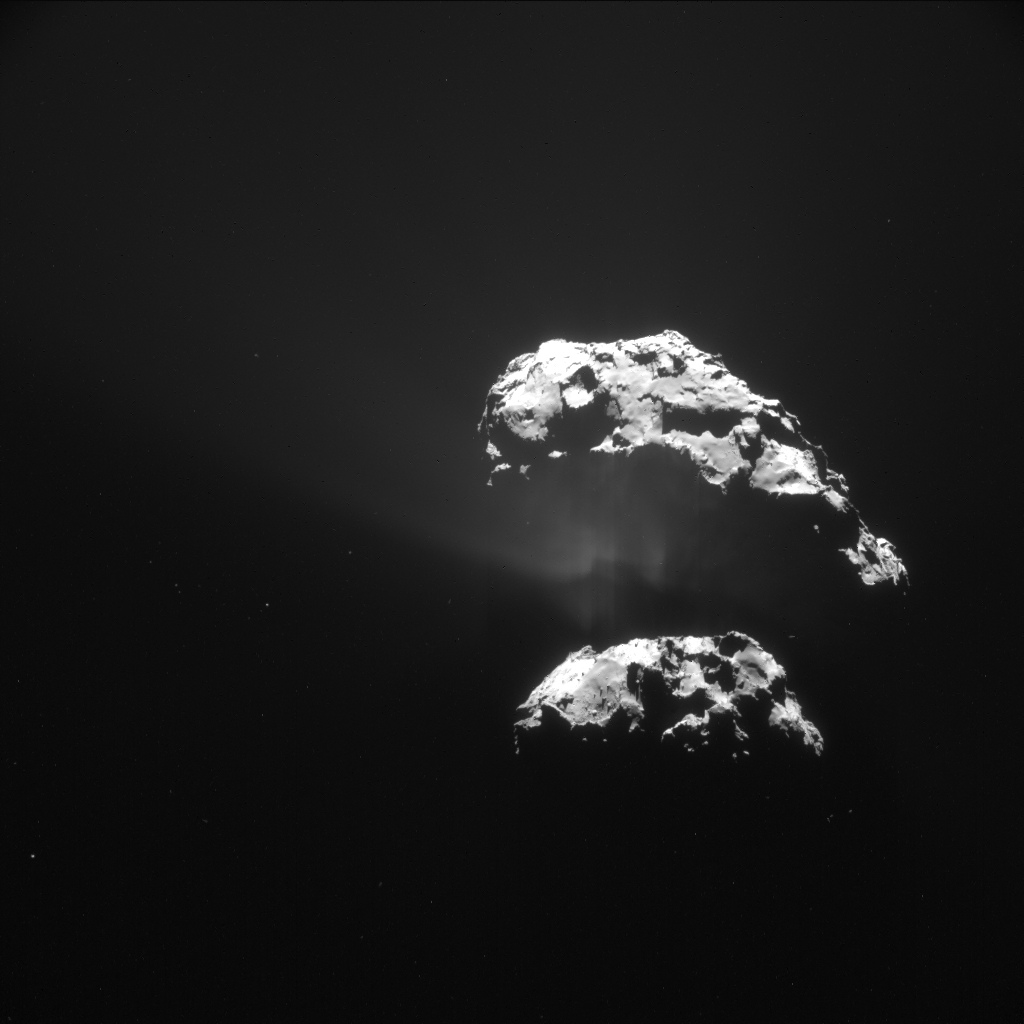