This four image mosaic comprises images taken with Rosetta’s NAVCAM on 2 December from a distance of 30.1 km from the centre of Comet 67P/Churyumov-Gerasimenko. The image resolution of the mosaic is about 3.1 m/pixel, and it has been cropped to measure 4.5 x 3.6 km. 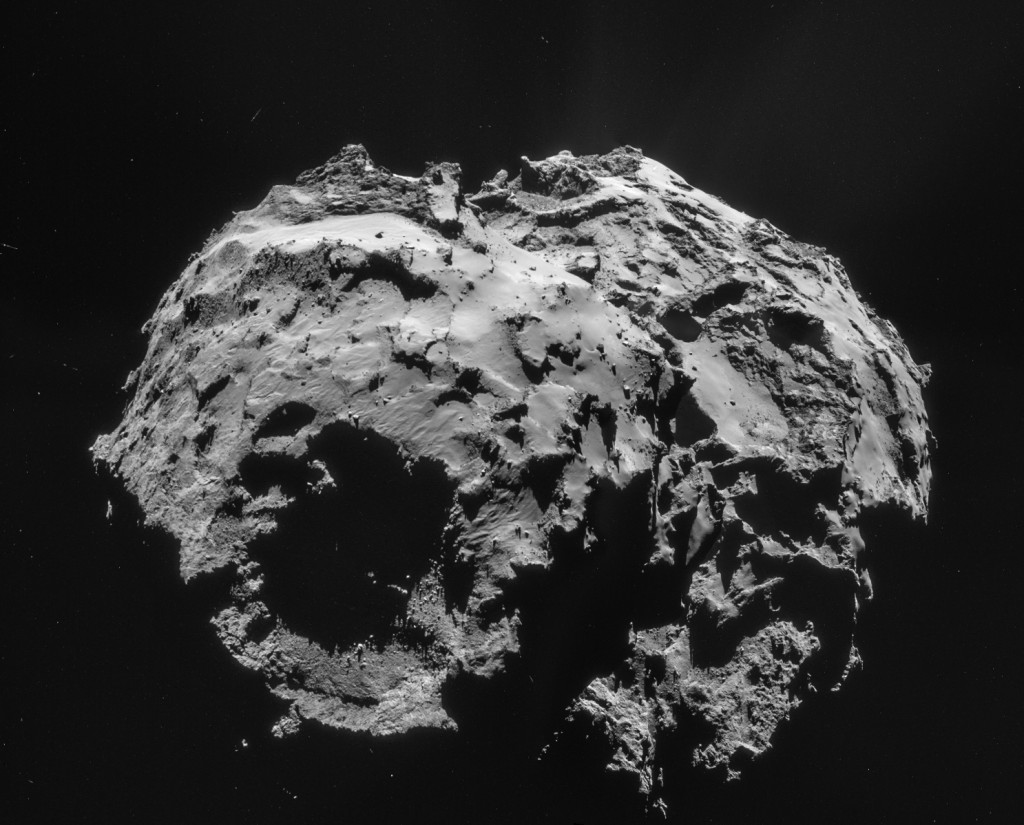 As usual, before interpreting the mosaic, do check the original frames, because the rotation and translation of the comet during the image sequencing makes it difficult to create an accurate mosaic. In this particular instance, some distortions were needed in order to get the images to align, which also resulted in the slightly different image scale. 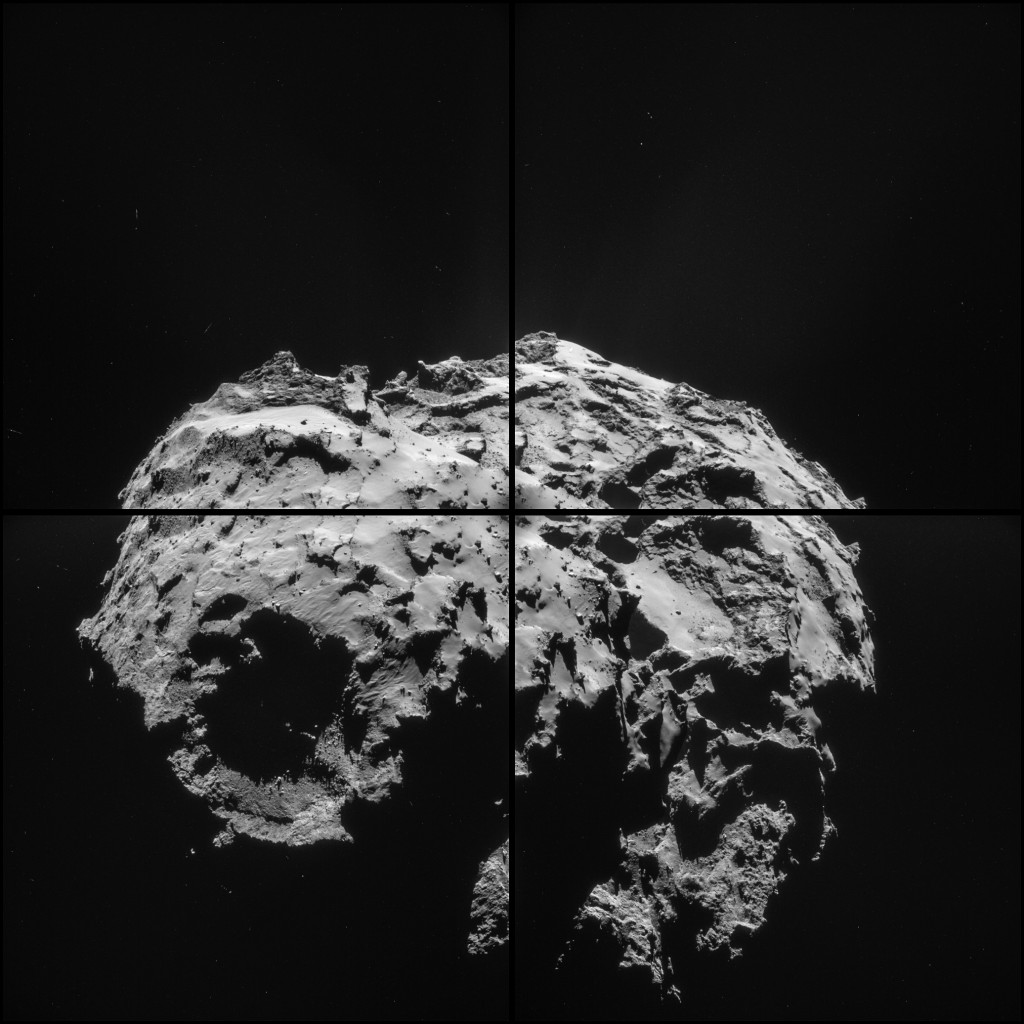 In this orientation, the smaller of the two comet lobes is towards the left, the larger lobe towards the right.

It provides an almost “face-on” view onto the large depression on the smaller lobe, its boulder-strewn surface albeit enshrouded in shadow. On the other hand, the internal walls are seen in quite some detail. It is thought that Philae’s final touchdown site might be located close to the rim of this depression but further high-resolution imaging is still being obtained and analysed to confirm this. This depression, measuring almost 1 km across, was once considered as candidate landing site B.

This orientation also provides a good view onto the plateau that was previously considered as candidate landing site A – close to the ‘join’ between the two right-hand side images frames. The dark circular region is a large pit. The cliff walls that drop down onto this plateau seem to show slightly brighter sections, perhaps reflecting compositional differences, or fresher material that has yet to be degraded by exposure to the space environment.

The four individual images making up this mosaic are provided below.