Did Philae graze a crater rim during its first bounce?

Based on inputs from ROMAP co-principal investigator Hans-Ulrich Auster from the Technische Universität Braunschweig, Germany. 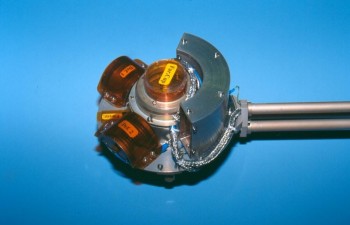 Data collected by ROMAP, the Rosetta Lander Magnetometer and Plasma Monitor onboard Philae, is being used to help reconstruct the trajectory of the lander to its final landing site on Comet 67P/Churyumov-Gerasimenko. 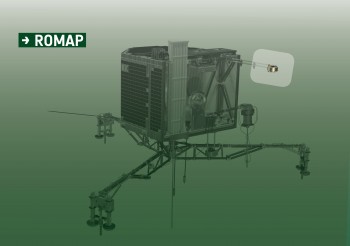 “Any motion of Philae in a magnetic field – even if it is small – can be seen by field changes in the measured magnetic field direction,” explains ROMAP co-principal investigator Hans-Ulrich Auster from the Technische Universität Braunschweig, Germany.

The scientists have now been able to use ROMAP data to reconstruct the chain of events that took place on 12 November as follows:

–       Separation was confirmed as a decay in the magnetic field perturbation as the distance between Philae and the orbiter increased; at this point the lander was spinning at a rate of about 1 rotation per 5 minutes;

–       The landing gear was deployed successfully, accompanied by a change in the spin rate to 1 rotation per 8.5 minutes;

–       The ROMAP boom was deployed successfully and a magnetic field decay was measured corresponding to the increased distance of the ROMAP sensor with respect to its original position on the lander;

–       During the seven-hour descent, all measurements were nominal, and ROMAP recorded the first touchdown at 15:34:04 GMT spacecraft time (the signal arrived on Earth just over 28 minutes later, and was confirmed at 16:03 GMT);

–       After the first touchdown, the spin rate started increasing. As the lander bounced off the surface, the control electronics of the flywheel were turned off and during the following 40 minutes of flight, the flywheel transferred its angular momentum to Philae. After this time, the lander was now spinning at a rate of about 1 rotation per 13 seconds;

–       At 16:20 GMT spacecraft time the lander is thought to have collided with a surface feature, a crater rim, for example.

“It was not a touchdown like the first one, because there was no signature of a vertical deceleration due to a slight dipping of our magnetometer boom as measured during the first and also the final touchdown,” says Hans-Ulrich. “We think that Philae probably touched a surface with one leg only – perhaps grazing a crater rim – and after that the lander was tumbling. We did not see a simple rotation about the lander’s z-axis anymore, it was a much more complex motion with a strong signal in the magnetic field measurement.”

–       Following this event, the main rotation period had decreased slightly to 1 rotation per 24 seconds;

–       At 17:25:26 GMT Philae touched the surface again, initially with just one foot but then all three, giving the characteristic touchdown signal;

The plot shown above describes the intermediate ‘touch’ that Philae experienced between the first and second touchdowns. The three panels represent, from top to bottom, the x, y and z components of the lander, respectively. The colour denotes the power that is carried by the frequency. For example, red is more “energetic” than blue.

The thin red line in the x and y components traces the increase in frequency (seen as the orange patches) as the spin down of the flywheel caused the lander to spin up, preserving momentum. If there was no contact with the ground this momentum should have been preserved indefinitely (there is almost no atmosphere to cause significant friction) and the frequencies should have remained almost constant after the flywheel transferred all of its energy to the lander. (Note that because the flywheel was off and the moments of inertia of Philae do not completely coincide with the lander x,y,z axis, a slight decay of this rotation frequency can be seen at about 16:15 (GMT spacecraft time), which could indicate a small tilting of the rotation axis.) 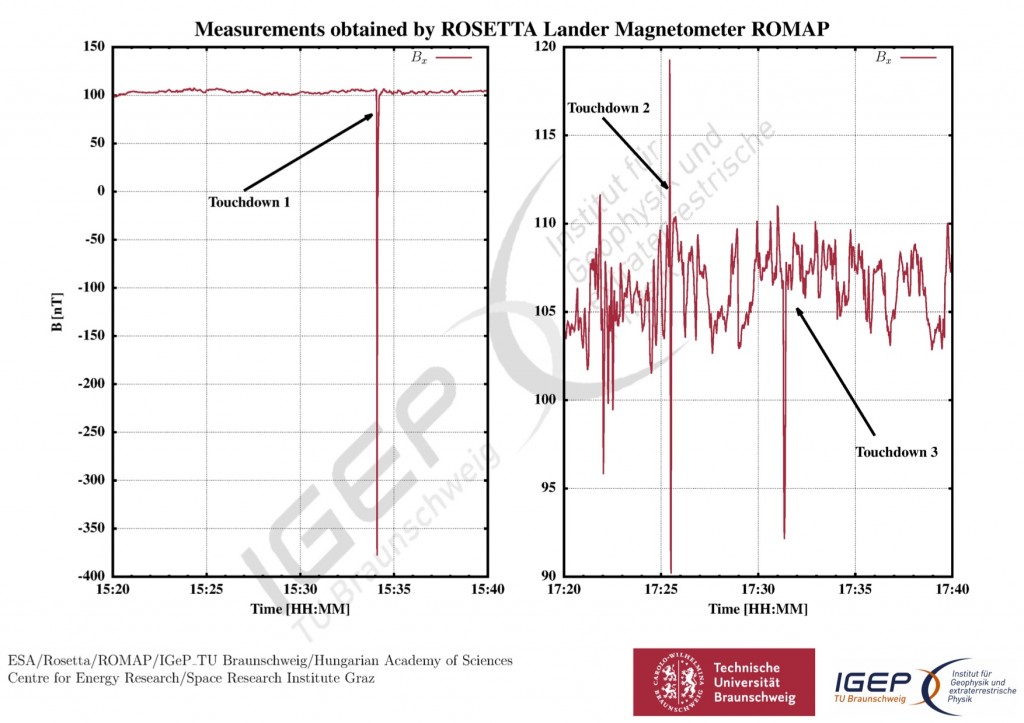 A bumpy start, but a happy ending

Despite this bumpy start to its life on the comet, all of Philae’s instruments were operated in the following two days. Recent blog entries describe preliminary results from MUPUS, SD2, and SESAME, but a comprehensive scientific analysis of the data from all instruments is now underway.

“It was really an exciting and almost unbelievable excursion,” adds Hans-Ulrich.

The search for Philae’s final landing spot is still on, and the ROMAP data are being used with other instrument data from both Philae and Rosetta to try to reconstruct the lander’s full trajectory and to identify its current location  (see the recent blog posts from the CONSERT team and from the OSIRIS team for further details).

And while Philae is now hibernating, hopes remain high that it will receive enough sunlight later in the mission to continue studying Comet 67P/Churyumov-Gerasimenko from the surface. At the same time, the Rosetta orbiter continues monitoring the comet from orbit – it is currently about 30 km from the comet, and will continue to study it as it bursts into life  ahead of its closest approach to the Sun in August 2015.