Montage of four images of Comet 67P/C-G taken on 30 September, from a distance of 18.1 km from the centre of the comet – our closest image yet. 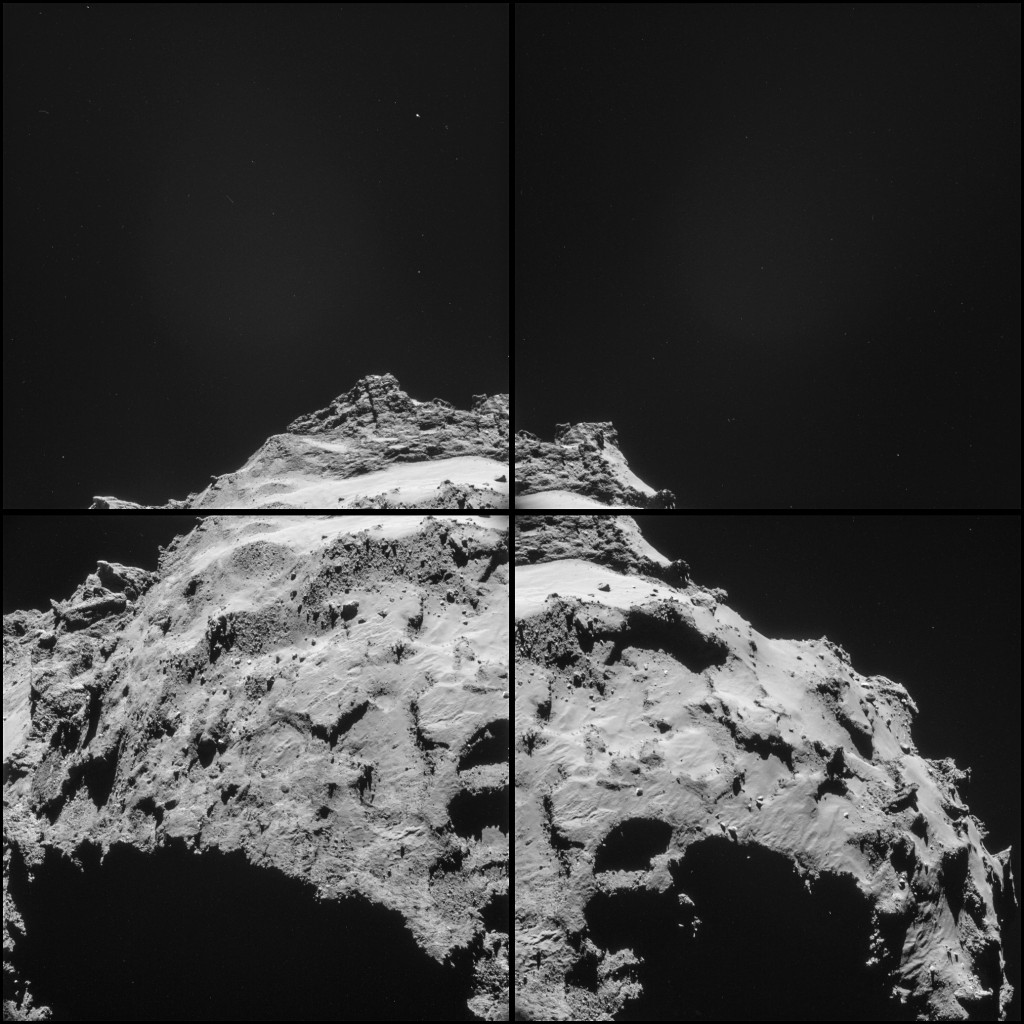 Four image montage of 67P/C-G taken on 30 September from 18.1 km, and featuring primary site J. Note that a “feature” can be seen against the dark sky in the centre of the upper two images of the montage, namely a broad, diffuse region of low-level brightness. Our current thinking is that this is likely due to internal scattering of off-axis light (i.e. the comet itself) in the NAVCAM optics, rather than comet coma emission, but we’ll making further checks.
Credits: ESA/Rosetta/NAVCAM

The four 1024 x 1024 pixel images making up the montage are provided at the end of this post: for processing details please see the previous post. The image scale at this distance is about 1.4 metres per pixel, so each 1024 pixel frame measures about 1.4 kilometres across.

The image features Site J, the primary landing site for Rosetta’s lander Philae. A context image is provided below. 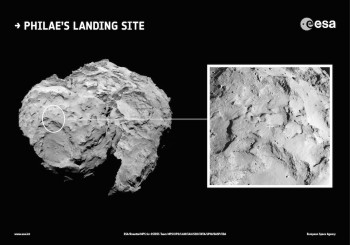 This makes mosaicking the four images together very challenging in 2D, although we know that some of you out there are doing great work in ‘draping’ the images over 3D shape models, similar to the one from OSIRIS which we released last week. Mattias Malmer’s impressive work with our NAVCAM images caught our attention in particular (thanks Mattias!)

Once again, these four frames contain a stunning array of features. In the upper frames, there are steep cliffs, exhibiting clear horizontal layering with several vertical grooves or fractures. Other exposed faces, such as those seen most clearly in the lower left frame, resemble more of a rubble pile with discrete boulders of varying sizes.

Towards the middle of the lower left frame, there are also the beginnings of exposed ledges, again with rubble at their bases as they become more eroded. Interspersed is much smoother, fine-grained material, seemingly sculpted into ripples in some places, reminiscent of some wind-swept features seen on Mars (and Earth for that matter), but which on 67P/C-G are presumably linked to activity and the result of differential erosion as material is lifted from the surface.

The entire scene disappears into shadow at the bottom of this image, corresponding to the steep walls of the large depression that define the previously considered candidate landing Site B. 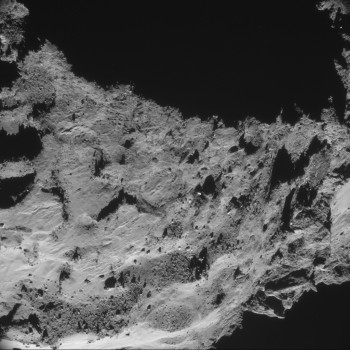 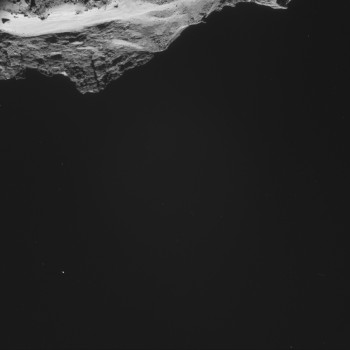 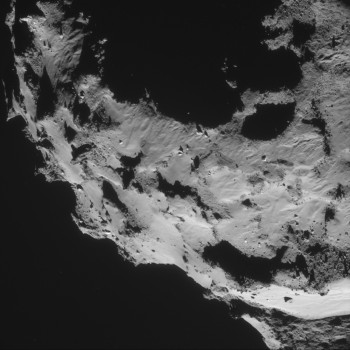