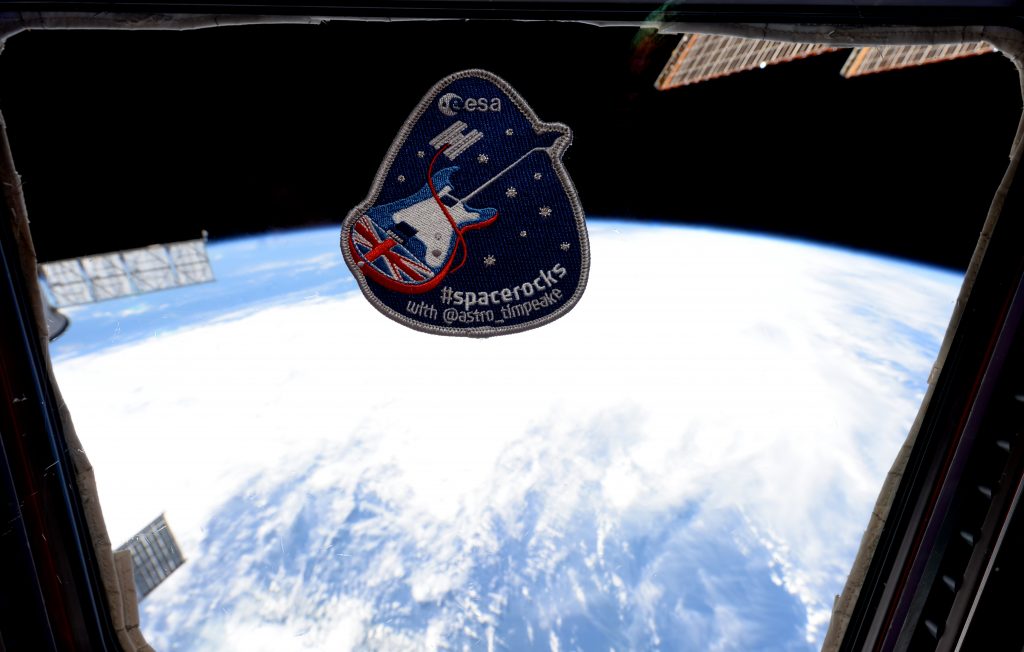 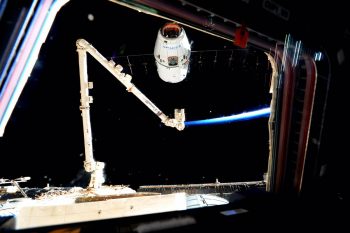 Dragon arriving at the International Space Station – it will return with the #spacerocks patches (amongst other equipment). Credits: NASA

Winners of Tim’s Twitter-based #spacerocks competition have been asking, “Where are the #spacerocks patch prizes?”

The fact is they are still in space. They are scheduled for return on the SpaceX CRS-9 supply flight, which is expected to undock from the Space Station at the end of August and landing in September.

Tim says: “The patches are coming back from the Station in early September, and we’ll send them out as soon as we can after that!” 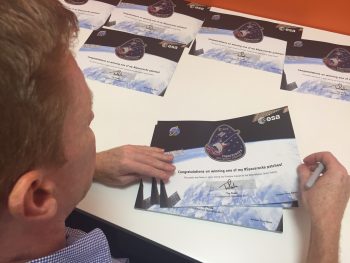 Tim signing the #spacerocks certificates that will be mailed with the patch. Credits: ESA

But we can report that Tim has completed signing your certificates for the patches. These will be mailed out with the patches as soon as they arrive.

The cool limited-edition #spacerocks patches were flown to the International Space Station in Tim’s personal kit launched on 6 December 2015. This means they have actually been in space longer than Tim! 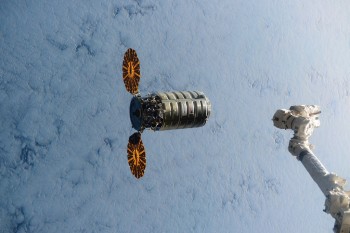 Tim said: “The patches went up on the Cygnus CRS OA-4 supply flight so they were ready waiting for me to unpack them when I arrived in December.”

On another note: congratulations to Tim on passing over 1 million followers on Twitter (no doubt due in part to the support of his #spacerocks back-up crew of bands and artists). He becomes the fourth astronaut to reach a million followers, joining a select group including NASA’s Mike Massimino and Scott Kelly, and Canadian astronaut Chris Hadfield. Apollo 11 astronaut Buzz Aldrin is not far away from joining this group, now on 957 000 followers at the time of writing.