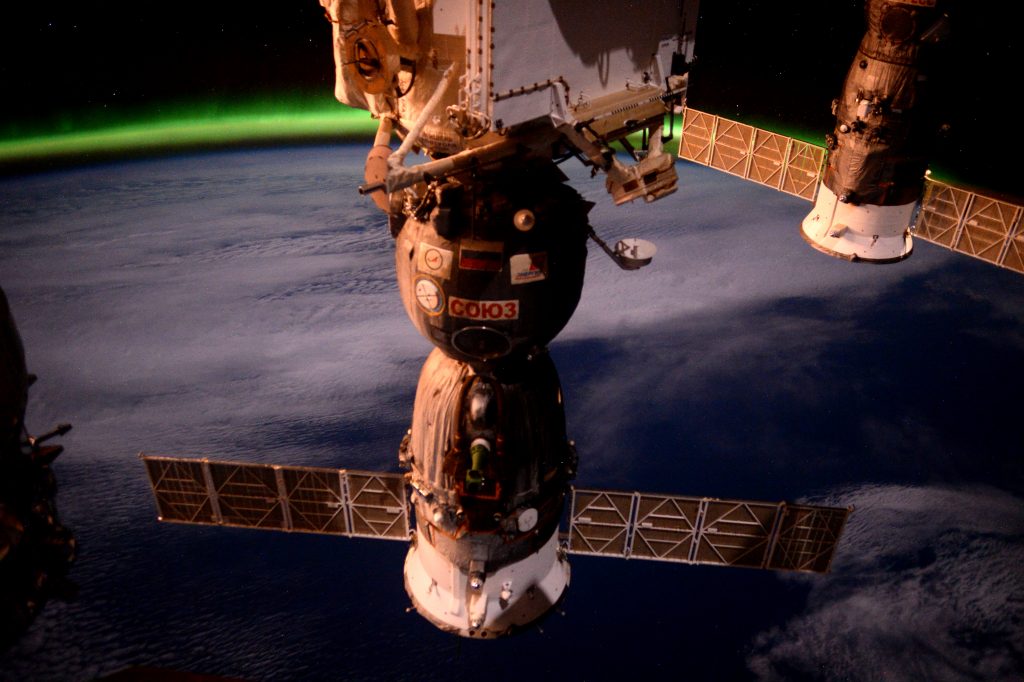 The Soyuz TMA-19M spacecraft has been waiting patiently for six months to return to Earth. Credits: ESA/NASA

After 186 days in space for his Principia mission on the International Space Station, it is time for ESA astronaut Tim Peake to return to Earth. Watch live as Tim, commander Yuri Malenchenko and NASA’s Tim Kopra enter their Soyuz TMA-19M spacecraft, close the hatch to the Space Station, leave their home for the last six months and land in the steppe of Kazakhstan on Saturday.

The broadcast times are

Get updates via Twitter by following @esaoperations and on the Principia blog. 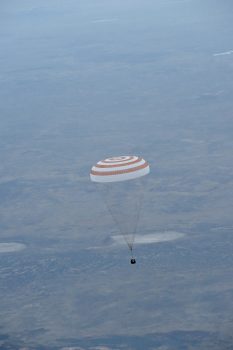 Shortly after the deorbit burn, Soyuz separates into three parts. The orbital and service modules burn up on reentry in the denser layers of Earth’s atmosphere. The descent module turns to position its heatshield towards the direction of reentry, so that it can handle the 1600°C created by the friction with our atmosphere.

Reentry starts at an altitude of about 120 km, when their cruising speed of 28 800 km/h is reduced dramatically and the crew are pushed back into their seats with a force of 4–5 g. This is equivalent to four to five times their own body weight.

Parachutes reduce the speed further and the astronaut’s custom-fitted seats absorb the shock of landing. At the last moment, retrorockets fire to limit the impact to around 5 km/h.

After landing, the crew deploy a communication antenna for the rescue teams to pinpoint them, but search and rescue teams are often already onsite to retrieve the space voyagers.

Tim is the eighth ESA astronaut to complete a long-duration mission in space. He will be the third astronaut after Alexander Gerst and Andreas Mogensen to fly directly to ESA’s astronaut home base in Cologne, Germany, for checkups and to allow researchers to collect more data on how Tim’s body and mind have adapted to living in space.