A fairy tale launch from space

ESA astronaut Tim Peake launched the dreams of a nation today together with Japan’s space agency JAXA when he deployed the first-ever Philippine-made satellite.

DIWATA-1, which means “fairy” in the Filipino language, is the first microsatellite developed by Filipino scientists and engineers. Started in 2014, the development of DIWATA-1 is part of the Philippine government’s program for space development under the Department of Science and Technology (DOST).  The 50-kg microsatellite was developed through the joint collaboration of the University of the Philippines, Tohoku  University and Hokkaido University in Japan.

Satellites deployed from the Interanational Space Station are released from Kibo that has both an airlock and a robotic arm and the Small Satellite Orbital Deployer. Tim set up the satellite deployer in the Japanese space laboratory Kibo this morning and worked with flight controllers in Tsukuba, Japan for robotic operations.

Sakurako “Tex” Takahashi was on JCOM console chatting to Tim, with the team of Filipino engineers also at Tsukuba for this historic launch!

With four optical payloads, the DIWATA-1 will provide satellite images of the Philippines for environmental resource monitoring and meteorological applications.  Until now the Philippines had no satellites in space, whether for Earth observation or telecommunications. Through DIWATA-1, the country aims to produce its own satellite images for scientific and operational applications.

The Philippines has high hopes for DIWATA-1 as it paves the way for the country to become a space-capable nation. The Philippines is now in the process of establishing a National Space Agency for a long-term and sustainable space development program that would benefit the country.  The deployment of DIWATA-1 is a significant milestone and achievement for a small nation of 100 million people. Currently, the mission plan for a DIWATA-2 is being developed and will be finalised in the near future. 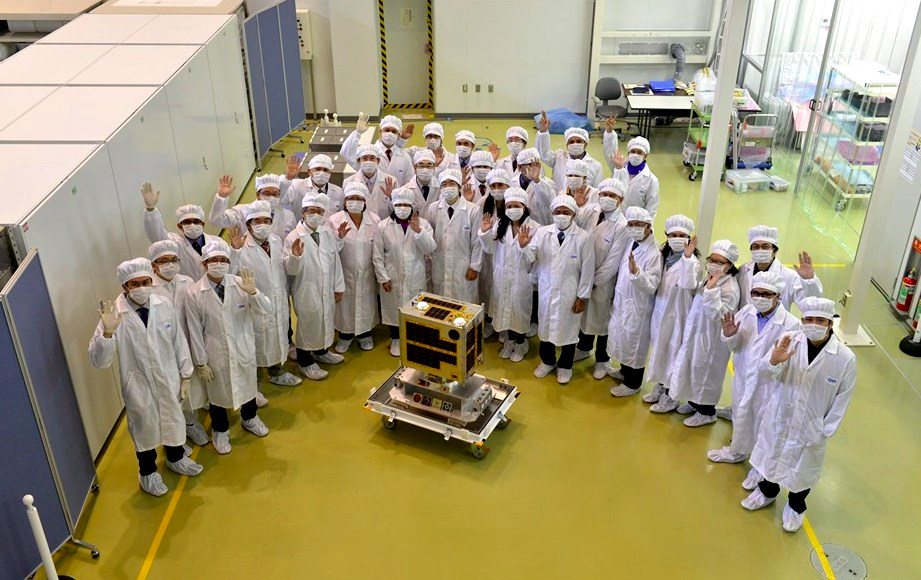