Editor’s note: Today’s post was sent in by Armelle Hubault, a Spacecraft Operations Engineer here at ESOC. Armelle worked on the Rosetta Flight Control Team until the mission ended on 30 September, and she is now part of the Cluster team. As background, note that at ESA, spacecraft are operated by a team comprising an experienced Spacecraft Operations Manager (SOM) and a Flight Control Team, who typically comprise from six to as many as fifteen experienced system engineers, analysts and other experts (depending on the complexity of the spacecraft and the mission – for more details, see Building a team).

One of the responsibilities of the engineers on any mission’s Flight Control Team is to monitor the spacecraft and react immediately in case of trouble. 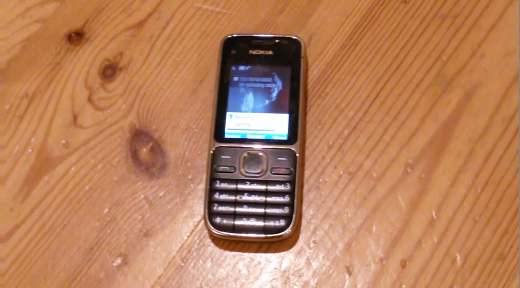 There are two levels of support for this:

Typically, SOEs must remain within one hour travel time to ESOC when on call.

In order to make the Spacon’s life easier (give them just a single number to call) and avoid that engineers must make calls via their personal mobile phones when having to call abroad in the middle of the night (in case of an on-board instrument failure requiring the intervention of the instrument teams, which can be anywhere in Europe or overseas), ‘on-call phones’ are available for all missions.

In 2004, we got a phone that was quite modern at the time – it had a colour display and rear-lit keyboard – and selected the only available ringtone that was not a beep or a ring, called ‘Luminaa’.

This phone has followed us through the whole mission, its battery still holding almost the whole week (when not being called) even after 10 years. Its ringtone was literally engraved in our psyches, such that whenever it would ring, anywhere within earshot, the whole team would jump up and start looking around (until we remembered who was actually on call).

When on call, it also happened to several of us that we would hear the phone ring and we’d start frantically looking for it, before realising it was just a similar sound via the TV – with some of us then realising, ‘Oh, I’m not the one having it this week anyway!’.

So when did the phone ring, for real?

Countless times! We all recall being rung up by the Spacon to tell us that a Safe Mode had happened (inevitably in the middle of the night), or that instrument temperatures were running through the roof (usually on Sundays), that ground stations were snowed in and had lost contact with the spacecraft while it was still busy downloading recorded science data (which  – unavoidably – was then lost).

It also rang to tell to us that Philae had called home in June 2015, after we all thought we’d never hear from it again (see: How we heard from Philae).

We were also rung up for a multitude of smaller, less dramatic issues – things that needed an explanation or a just quick look. On a normal on-call shift, at least a few calls were to be expected.

I am quite certain that many years from now, we will still pause and look around, startled, if we happen to hear that ‘Luminaa’ ringtone or anything that sounds even close.

The ringtone @ESA_Rosetta engineers have been dreading for 10 years. Phone is now off too… pic.twitter.com/5OH923eShI