Here’s a sequence of images captured by Rosetta’s OSIRIS narrow-angle camera during its descent to the surface of Comet 67P/Churyumov-Gerasimenko on 30 September. 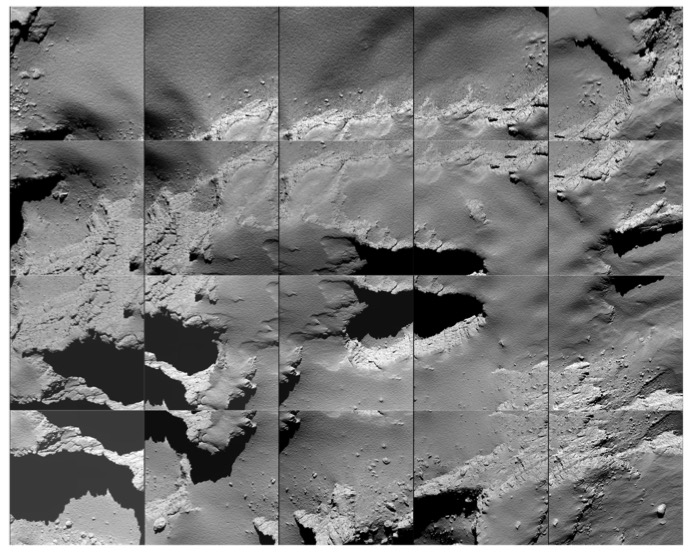 Mosaic of 20 images from the OSIRIS narrow-angle camera collected during the Rosetta’s final descent on 30 September. Credit: ESA/Rosetta/MPS for OSIRIS Team MPS/UPD/LAM/IAA/SSO/INTA/UPM/DASP/IDA