Comet Landscapes and maps of the southern hemisphere

During today’s science briefing at ESA’s ESOC, Mohamed El-Maarry (University of Bern) presented a series of highlights about the landscape of Comet 67P/Churyumov-Gerasimenko. Here are some highlights from his presentation.

Over the past two years, Rosetta mapped the entire surface of the comet at high-resolution, resolving very small features and monitoring surface changes with time.

The comet nucleus is indeed very dark (see our 2014 blog post NAVCAM’s shades of grey), reflecting only about 4% of the light that hits it. But why is it so dark?

The surface presents a rich diversity in texture, with the northern hemisphere mostly covered in dust, produced by the comet’s activity – for example in the Ma’at and Ash regions.

Philae’s multiple landings allowed scientists to observe in details two distinct regions on the comet’s surface: the smooth-covered terrains at the first touchdown point, Agilkia, and the hard surface at its final resting point, Abydos.

Finally, a look at the southern hemisphere, which could not be observed until mid-2015 and gradually became illuminated shortly before the comet’s perihelion. The surface morphology of the southern hemisphere is very different, showing a clear dichotomy with its northern counterpart mainly because of the absence of wide-scale smooth terrains, dust coatings and large unambiguous depressions.

This is likely caused by the uneven distribution of seasons on the comet. Due to the double-lobed shape of 67P/C-G and the inclination of its rotation axis, the northern hemisphere experiences a very long summer, lasting over 5.5 years, while the southern hemisphere undergoes a long, dark and cold winter.

However, a few months before the comet reaches perihelion – the closest point to the Sun along its orbit – the situation changes, and the southern hemisphere transitions to a brief and relatively hot summer.

As the southern summer is much shorter and more intense than in the northern hemisphere, the erosion is higher there by a factor of 3, giving rise to flattened out features. Scientists believe that, due to the more intense activity, dust is ejected at higher speed and it is either lost to space or falls back on the northern hemisphere (read more about the dust transfer across the comet in the recent blog post The surprising comet).

Below are a series of maps highlighting the various regions on the southern hemisphere of Comet 67P/C-G: 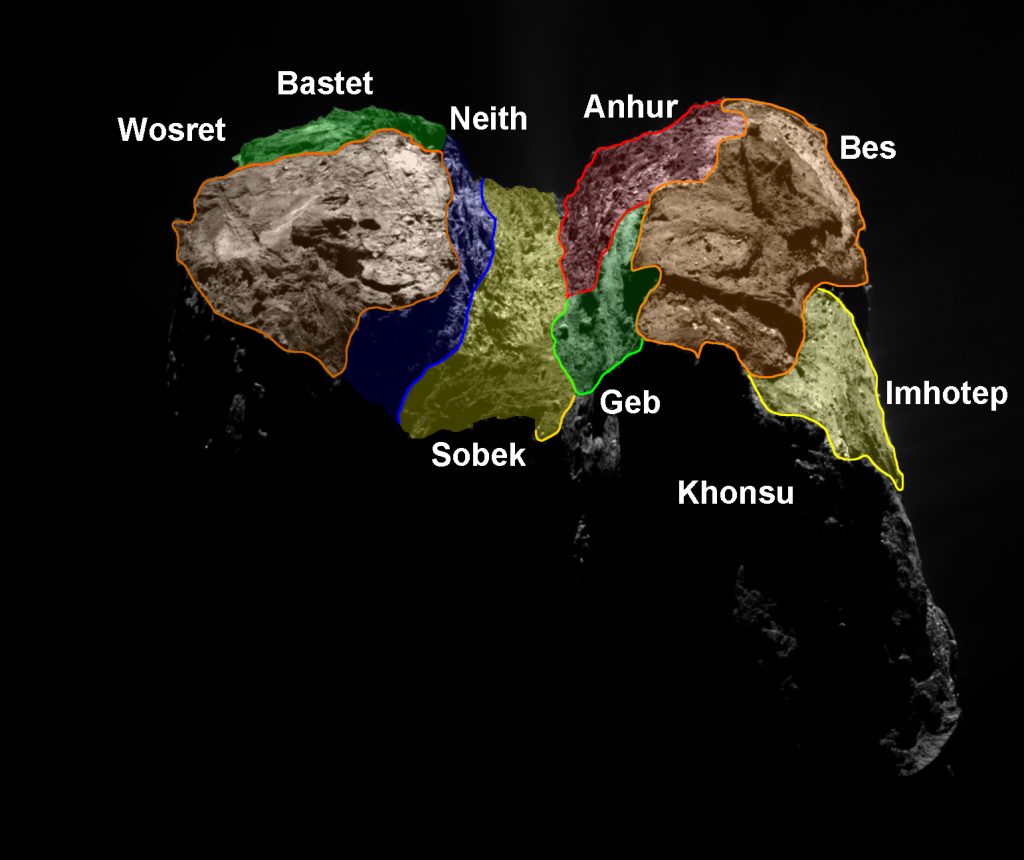 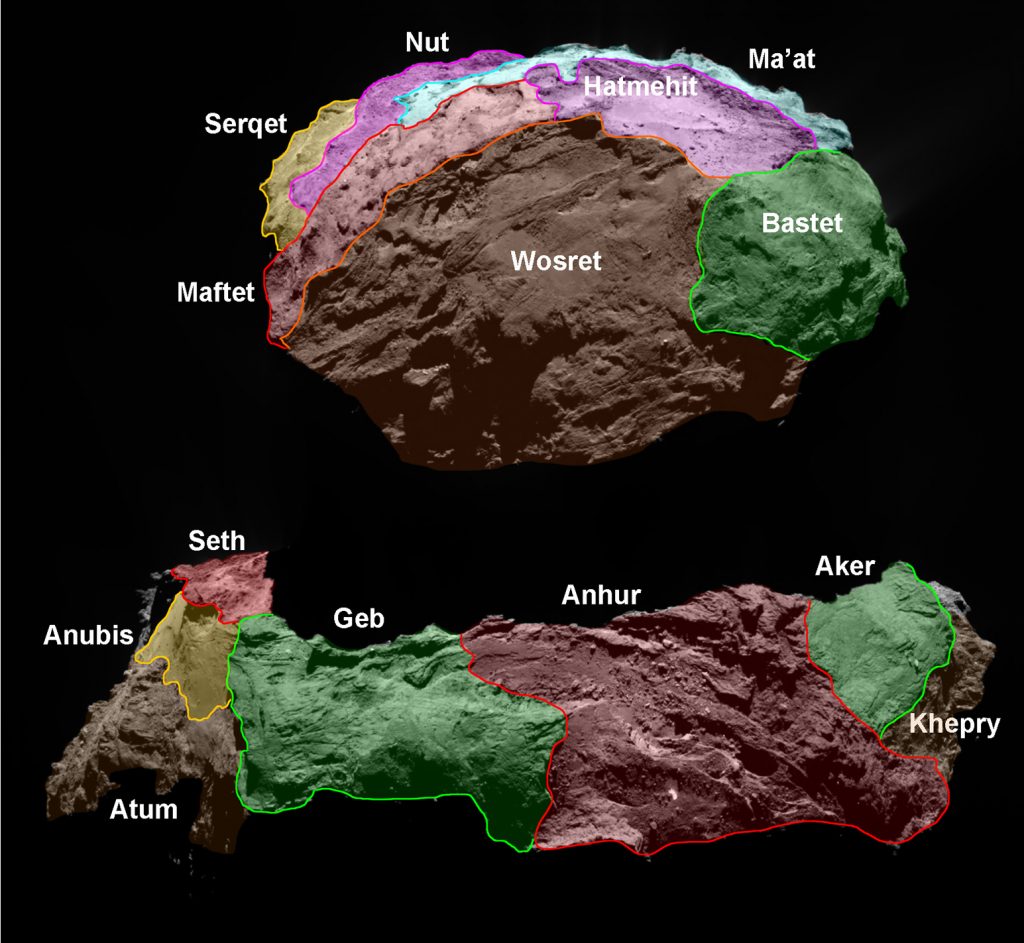 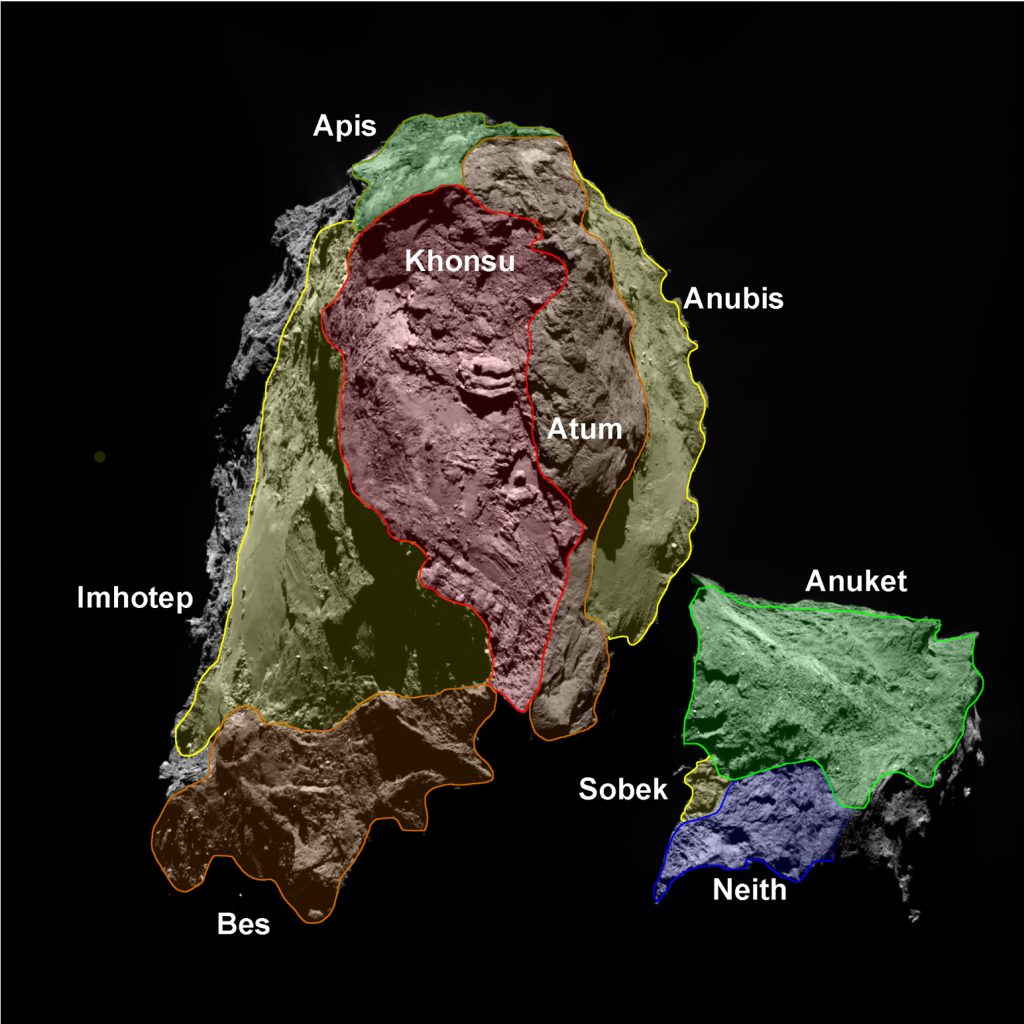 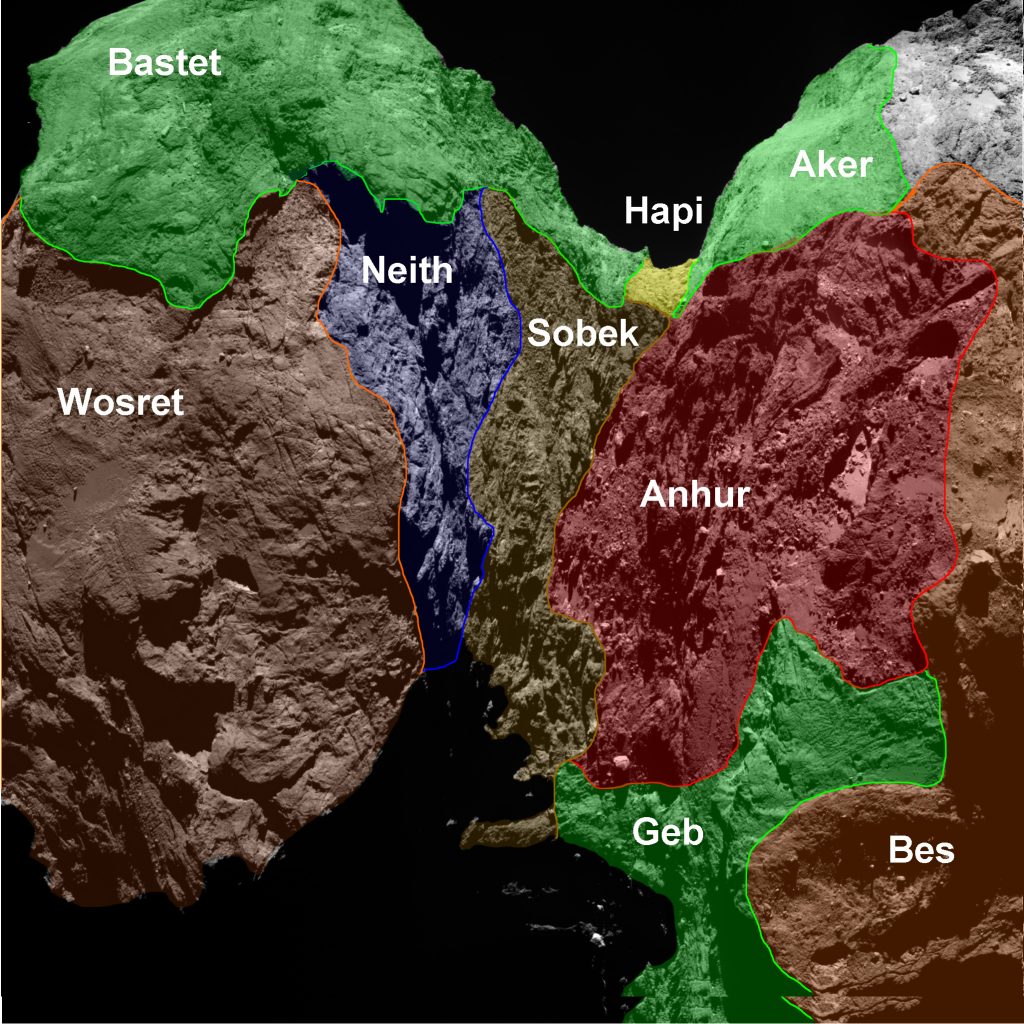 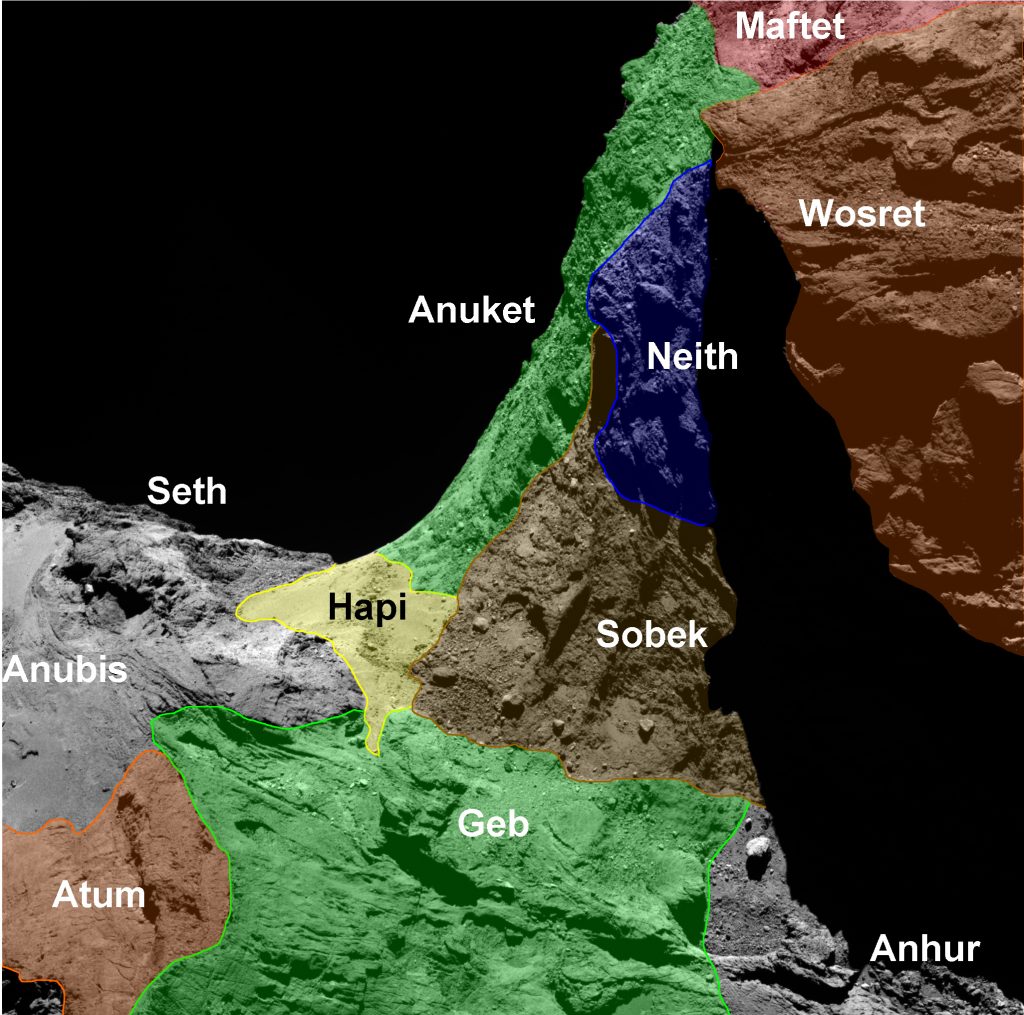 And finally a set of views of regions across the entire comet, both in the northern and southern hemisphere:

—
This blog is based on the presentation by Mohamed El-Maarry during today’s science briefing at the European Space Operations Centre (ESOC) in Darmstadt, Germany.

The images of the southern hemisphere and the comet maps are from the paper ‘Regional surface morphology of comet 67P/Churyumov-Gerasimenkofrom Rosetta/OSIRIS images: The southern hemisphere‘ by El Maarry et al, which was published earlier this year in Astronomy and Astrophysics.