Rosetta’s descent continues. Here’s an OSIRIS narrow-angle camera Comet 67P/Churyumov-Gerasimenko captured at 10:14 GMT from an altitude of about 1.2 km on 30 September. 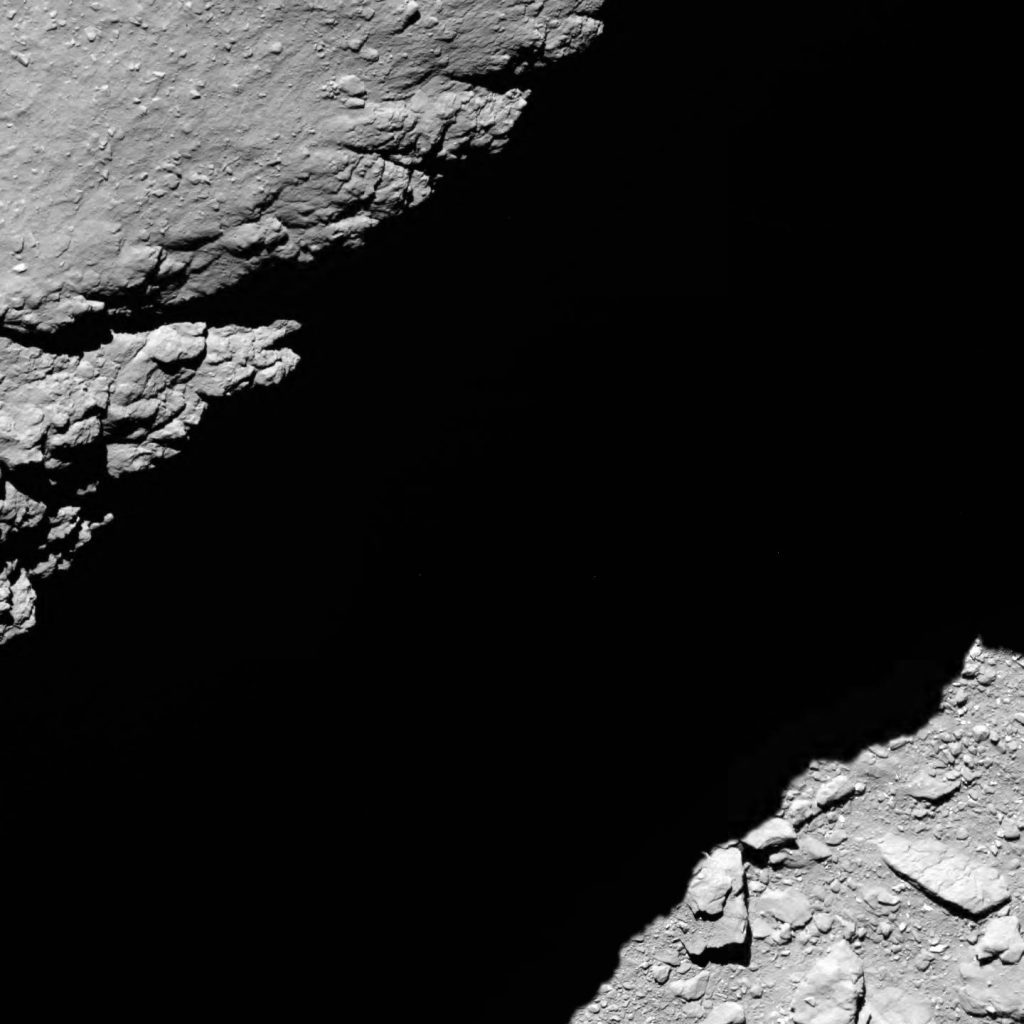 The image scale is about 2.3 cm/pixel and the image measures about 33 m across.

The image shows details near the pit named Deir el-Medina, visible near the centre of the previously published mosaic of NAC images.

In the lower right corner is the bottom of the pit, while the dark band crossing the image diagonally from right to left is the shadow of the pit wall; the terrain above the pit is visible in the upper left corner.