As Rosetta counts down to a memorable comet landing and end of mission on 30 September, here’s a brief profile of the three ESA deep-space ground stations that are tracking the spacecraft in its final days. The mission is also being supported by NASA’s Deep Space Network (DSN) and in fact Rosetta will rely on support from the DSN 70 m-diameter dishes in its final days, complementing the support provided by the ESA stations. 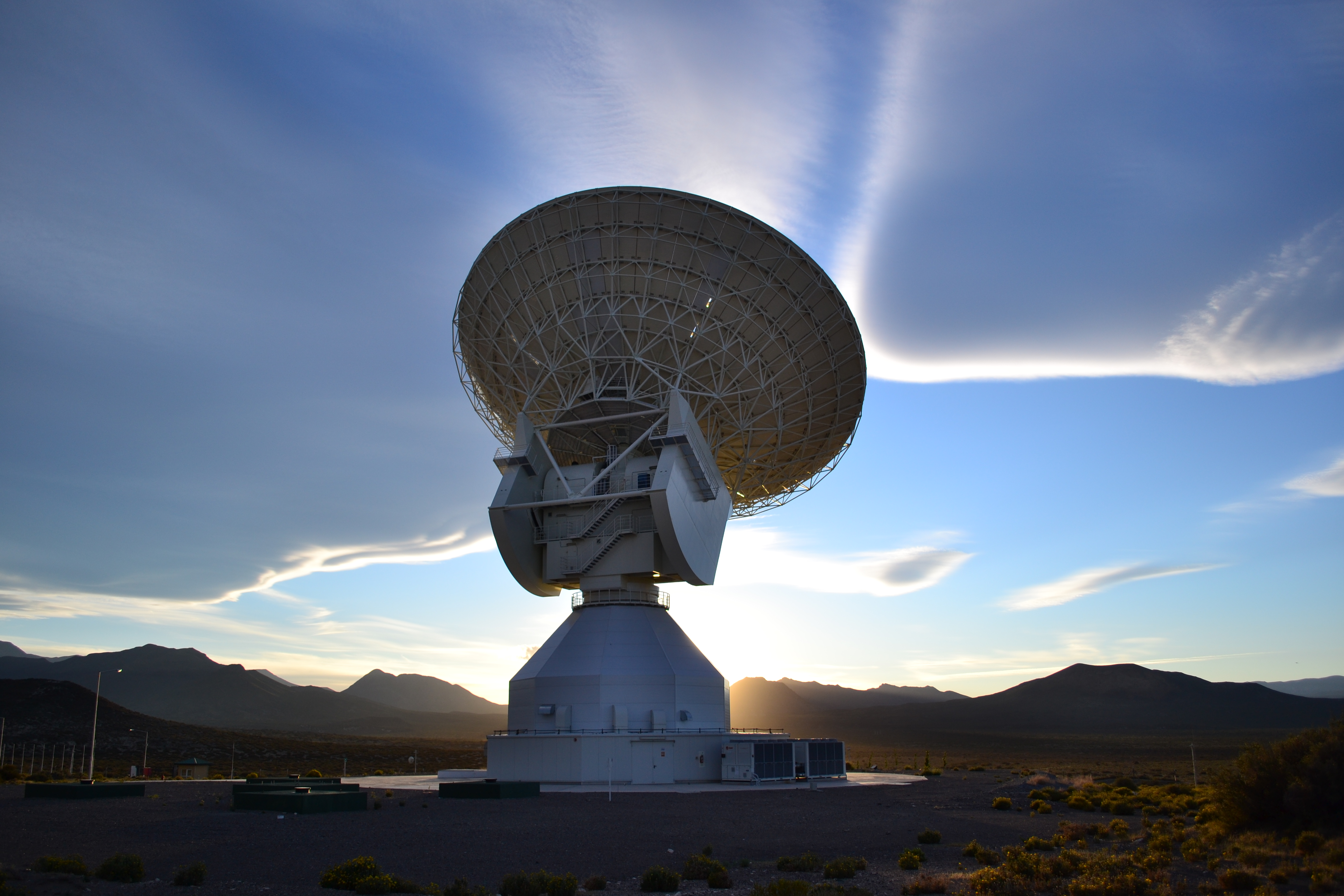 The station conducted its first test tracking in 2012, successfully linking up with ESA’s Mars Express spacecraft at 193 million km from Earth. Since inauguration, it has been a critical component of ESA’s deep-space tracking capability. Joining the existing ESA 35m stations in Australia and Spain, it ‘closed the gap’, ensuring 360° coverage for the growing fleet of ESA and partner missions exploring our Solar System.

For the Rosetta mission, Malargüe station has provided routine tracking support, including transmitting telecommands to Rosetta and the Philae lander, and receiving critical spacecraft status and health information and the precious scientific data gathered by the instruments.

Last call: In the six days ending 30 September, Malargüe station will have communicated with Rosetta five times, with the final pre-landing contact set for mid-day Wednesday.

Interesting to note: The station is located in Mendoza province, a region of Argentina famous worldwide for the wine produced in its dry, sunny climate. The location of the 1972 Andes flight disaster, dramatised in the 1993 film Alive: The Miracle of the Andes, is just 138 km, as the crow flies, from ESA’s station. 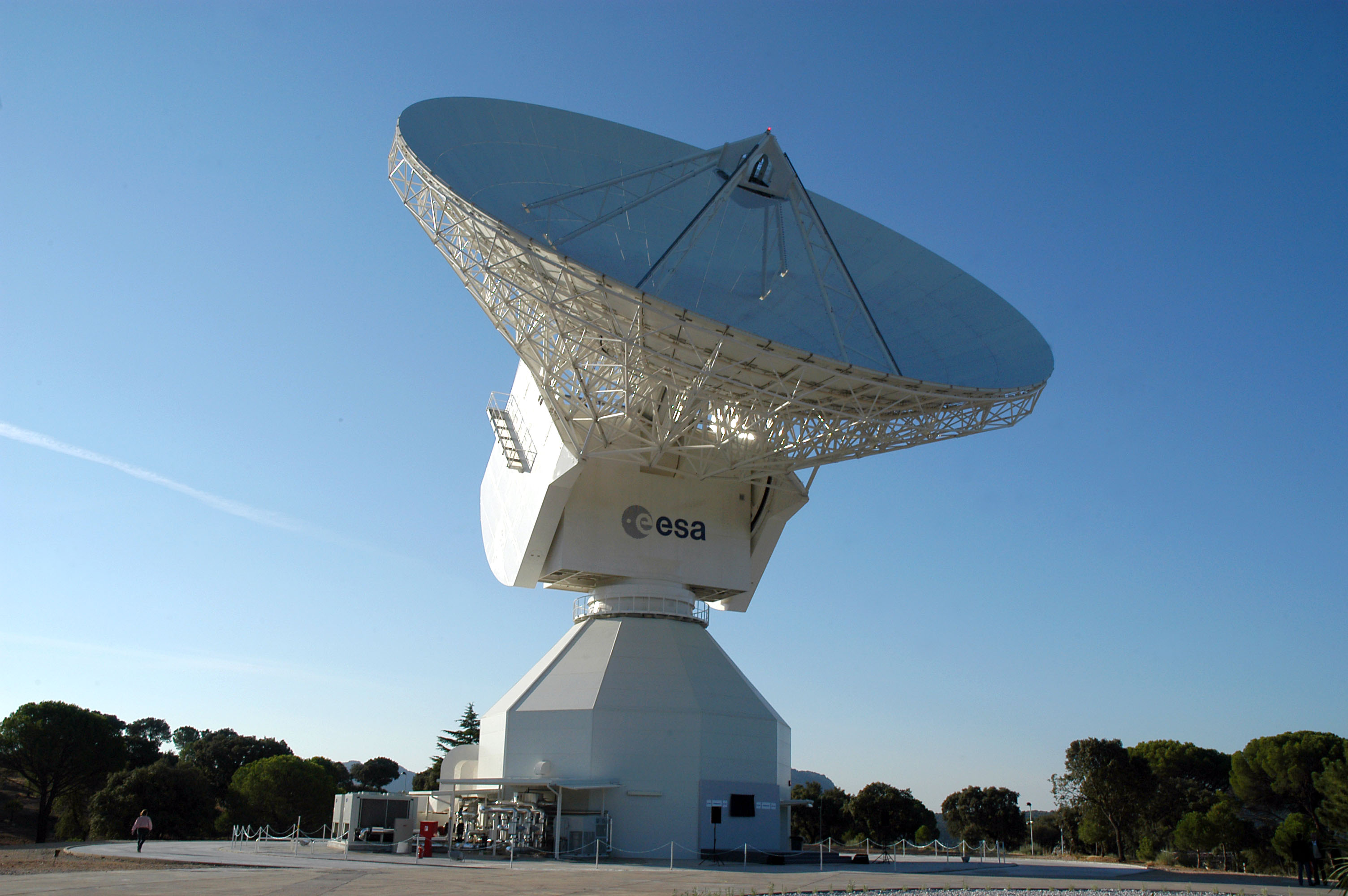 ESA’s 35 m-diameter deep-space dish antenna, DSA-2, is located at Cebreros, near Avila, Spain. It is controlled, as part of the Estrack network, from ESOC, the European Space Operations Centre, Darmstadt, Germany. Credit: ESA

Construction on the Cebreros station started in early 2004 and the station was formally inaugurated in September 2005. The first signal was received from Venus Express on 10 November 2005, marking the start of operations. Since then, it has supported a wide range of ESA and partner agency missions, including the landing of NASA’s Mars Science Laboratory (MSL) in 2012.

For the Rosetta mission, Cebreros station has provided routine tracking support, including transmitting telecommands to Rosetta and the Philae lander, and receiving critical spacecraft status and health information and the precious scientific data gathered by the instruments.

Last call: Cebreros station made its last planned link-up with Rosetta on Monday, 26 September. It will serve as a ‘hot back-up’ during the crucial comet landing phase on 30 September.

Interesting to note: ESA’s Cebreros station was built on the site of a former NASA tracking station (DSS 62) closed in 1981. 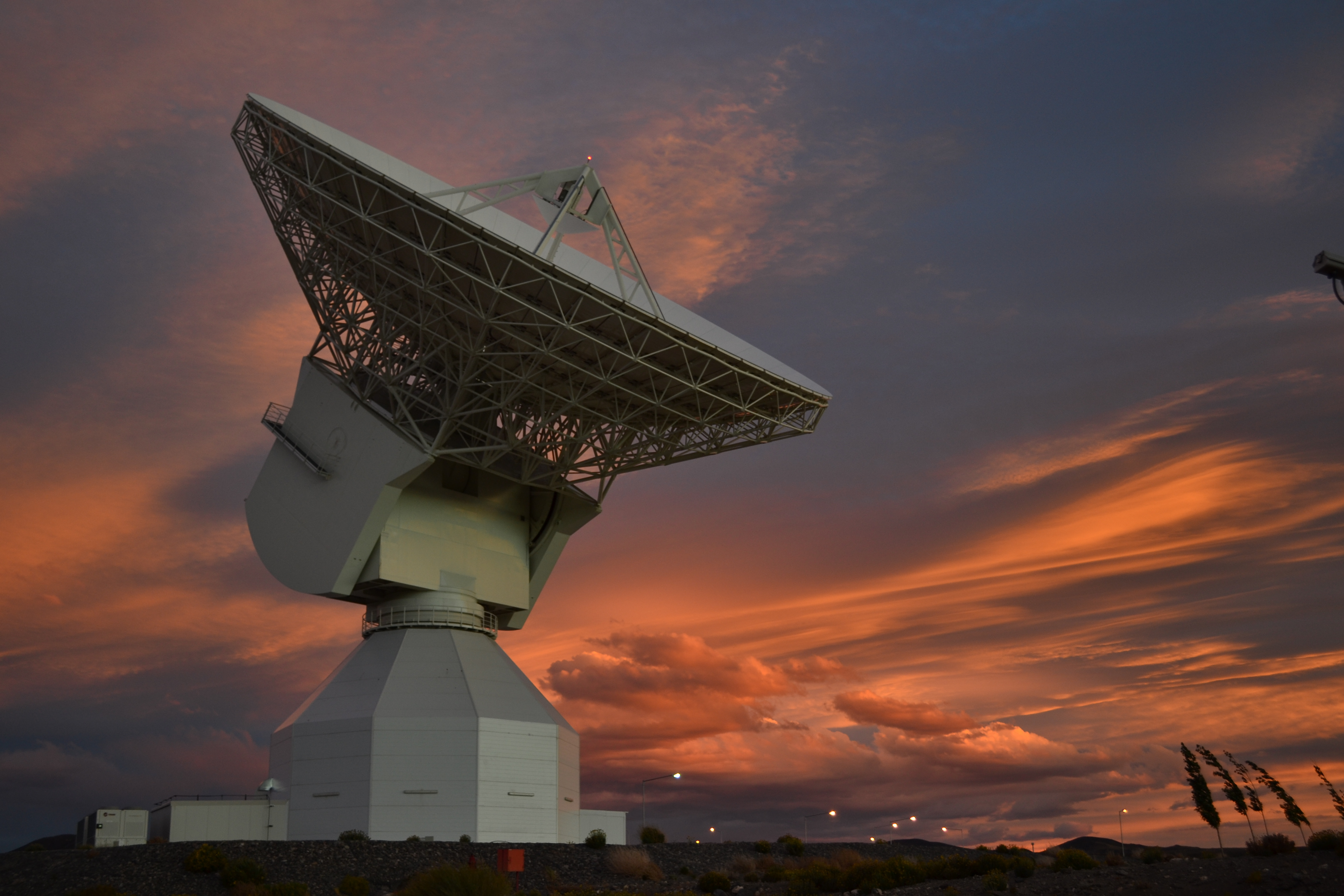 Construction of ESA’s first deep-space tracking station began in 2002, in part driven by the need to provide reliable deep-space communications with the Rosetta comet chaser, set for launch in 2004. Indeed, New Norcia has served as the primary station for the mission, providing extended support throughout Rosetta’s cruise phase, planetary flybys, asteroid encounters and, finally, the arrival at, landing on and orbiting of comet 67P/C-G.

For the Rosetta mission, New Norcia station has served as prime ground station and provided routine tracking support, including transmitting telecommands to Rosetta and the Philae lander, and receiving critical spacecraft status and health information and the precious scientific data gathered by the instruments.

Last call: In the six days ending 30 September, New Norcia station will have communicated with Rosetta four times, with the final pre-landing contact set for early-day Wednesday. It will serve as a ‘hot back-up’ during the crucial comet landing phase on 30 September.

Interesting to note: The town of New Norcia, Western Australia, is Australia’s only monastic town. The Benedictine community was established in 1847. In August 2016, New Norcia station acquired signals from the international Cassini spacecraft orbiting Saturn, across more than 1.4 billion km of space – the longest link ever made by an ESA station.

NASA’s DSN network has provided continuing, routine support to the Rosetta mission since the start of the mission (see “Tracking the spacecraft following a comet”). 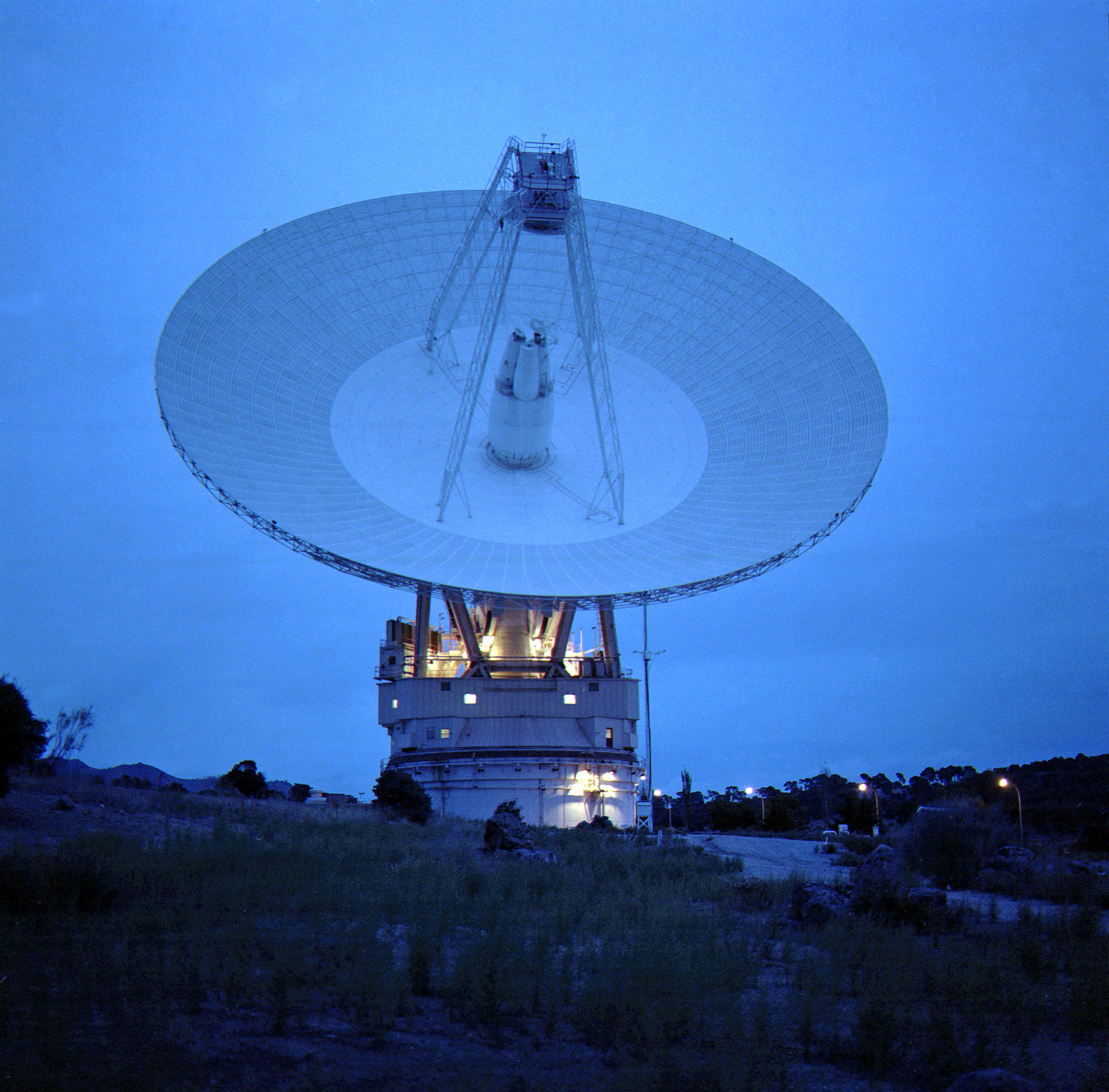 Numerous DSN stations – including the three, giant 70m antennas located at Madrid, Spain, Canberra, Australia, and Goldstone, California, have provided robust support throughout the mission, providing indispensable communication support when ESA’s smaller stations alone would have been challenged to establish links due to the distances involved.

DSN stations have also provided prime or back-up links during critical mission phases, when commands absolutely had to be transmitted without delay or interruption or in case of any failure at a prime station.

DSN support was especially critical in 2014 when Rosetta woke up from 31 months of hibernation in January, during arrival in August that year and during Philae’s historic landing the following November.

For the end of mission, DSN support will again be crucial.

In the final week leading up to 30 September, one of NASA’s 34m stations (DSS 25) and the three 70m stations (DSS 14 at Goldstone, DSS 43 at Canberra and DSS 63 at Madrid) are providing prime or back-up links to the spacecraft.

The last command instructions will be sent up from the flight control team early in the morning of 30 September via DSS 43 at Canberra or DSS 63 in Madrid.

Once Rosetta has commenced its ‘big dive’ – its final descent to the surface of comet 67P/C-G – prime communication will be provided by DSN Madrid, with hot backups provided by ESA Cebreros and Malargüe stations.

Data received by the DSN antenna – including the extremely important final science data from most of the instruments including the OSIRIS imaging system – will be immediately passed to ESA’s mission control centre at ESOC, Darmstadt, Germany. Science teams will be working there to receive, process and share the last images, amongst other ‘final science.’