Tracking the spacecraft following a comet

One fascinating aspect of Rosetta operations is telecommunications: specifically, how mission controllers at ESOC are communicating with the intrepid spacecraft.

The ESA tracking station network – Estrack – is a worldwide system of ground stations providing links between satellites in orbit and our operations centre at ESOC. The core Estrack network comprises 10 stations in seven countries.

The essential task of all ESA tracking stations is to communicate with our missions, up-linking commands and down-linking scientific data and spacecraft status information. Estrack stations also gather radiometric data to help flight dynamics teams and mission controllers know the location, trajectory and velocity of their spacecraft. 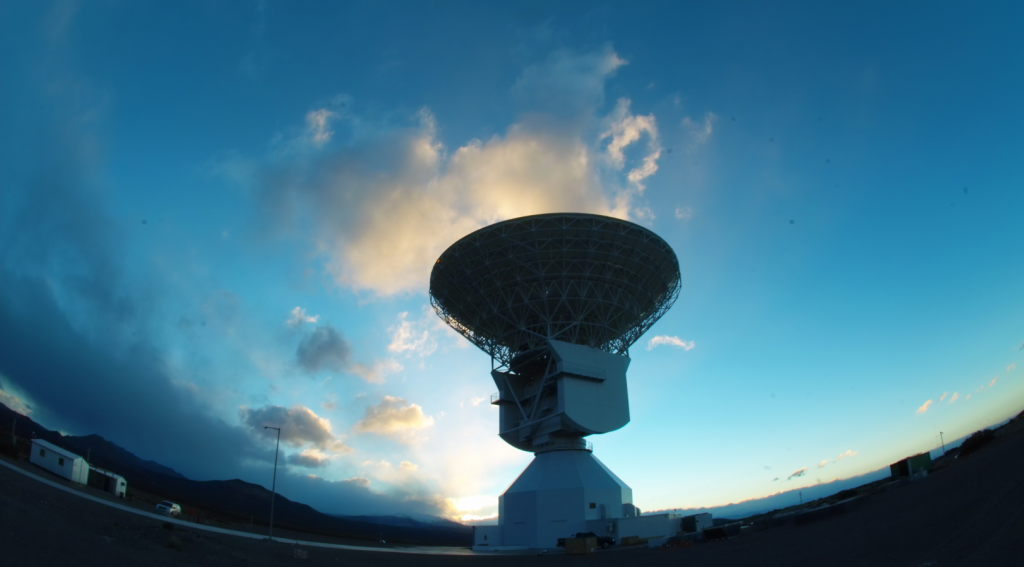 One of the world’s most sophisticated satellite tracking stations is nearing inauguration in Malargüe, Argentina, 1000 km west of Buenos Aires. The new station will ensure reliable communications with missions voyaging hundreds of millions of kilometres into our Solar System. ESA’s new tracking station, near the town of Malargüe in Mendoza province, joins two existing stations in Spain and Australia to provide global coverage for the Agency’s deep-space missions. Credit: ESA

For missions like Rosetta, Mars Express, Venus Express and Gaia, we routinely use Estrack’s three 35-m deep-space stations (referred to as DSA – for deep space antenna), one each in Australia, Spain and Argentina. These fulfil most of our tracking requirements.

In addition, Rosetta is using a mix of NASA ground tracking stations (including a 70m terminal from the Deep Space Network DSN) to ensure availability and redundancy; the overall list includes:

This list refers to the arrival timeframe 24 Jul – 10 Aug only. Other stations are being used at other times. The actual station used varies depending on real-time allocations by the Agencies’ tracking planners; Estrack scheduling is done 6 months out, while DSN scheduling is on a 3-month forecast. 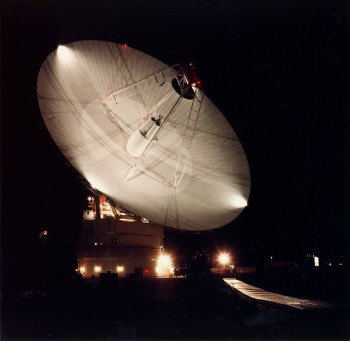 Susan Kurtik, the Mission Cross-Support Manager for DSN at NASA/JPL, explains that this collaboration is part of the long-standing, mutual cooperation between the ESA and NASA deep-space networks, enabling continuous tracking of each Agency’s spacecraft when not otherwise possible and reducing risk for the most critical mission activities.

“DSN has been providing tracking support for the Rosetta spacecraft for over a decade. It has been an honor for NASA/JPL to be a part of this amazing mission,” she adds.

Rosetta tracking by the numbers

We asked Gabriela Ravera, an Estrack engineer and the Rosetta Ground Operation Manager at ESOC, to provide a few details on Rosetta tracking just before arrival.

How fast does Rosetta transmit data to Earth?

Here are the Telemetry (downlink) bit rates used by Rosetta until the end of the year:

And what’s the bitrate with which the tracking stations transmit to Rosetta?

Wow! That sounds like a lot! How much of that signal actually gets here? Rosetta and the comet are still about 2.7 AU from Earth this month…

Can we receive such a tiny signal?

Yes; taking ESA’s New Norcia 35m station as a reference, and thanks to its 1000m2 antenna collecting surface and gain of 68.3dBi, Rosetta’s weak signal is captured and results in a received power of -157.38dBW or 1.83E-16W. This is still very small – just 1.83 femptowatts. The use of cryo-cooled low noise amplifiers working at -260oC allow the detection of such signals.

What every-day electronic item uses such a tiny level of power?

If you wish, you can compare it to the average received power of a GSM mobile, which is approximately -80dBm or 10pW with an antenna of just a few cm2. Therefore, Rosetta’s signal is approx. 5000 times weaker.

And how do we get signals from ground up to Rosetta?

In order to cope with the (really big) distance between Earth and Rosetta, our 35m antennas can transmit signal with a power of up to 20kW, which is approximately 80,000 times the average maximum transmitted power of a GSM mobile phone (0.25W).