This impressive view of Comet 67P/Churyumov-Gerasimenko was captured on 21 May from a distance of 156.8 km from the comet centre. It is a single frame image with a resolution of 13.4 m/pixel, and measures 13.7 km across. The intensities and contrast have been adjusted to emphasise the activity of the comet. 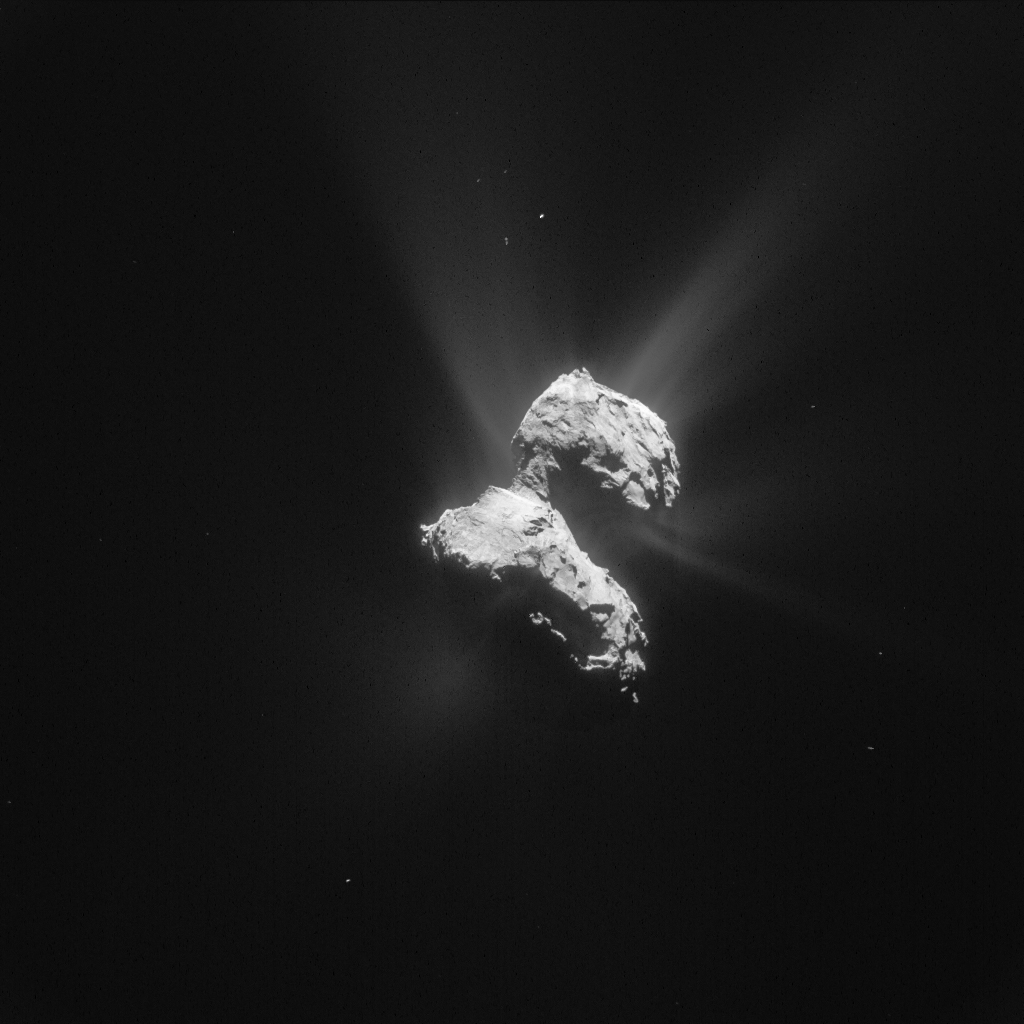 Activity is seen all around the nucleus, but in this view is most notable around the head, with many distinct, bright jets streaming from the surface. Intricate patterns of activity are also cast around the neck and against the shadow of the small lobe.

The rather flat face on the comet’s large lobe, comprising parts of Aker and Khepry, dominates the view of the nucleus. The elongate Aten region lies adjacent, with diffuse wisps of activity hanging in front of this shadowed depression.

A fainter cloud of activity is also visible below the shadowed underside of the comet’s large lobe.

Today’s image also makes for a nice comparison with the 26 April entry, which shows the comet in a similar orientation. 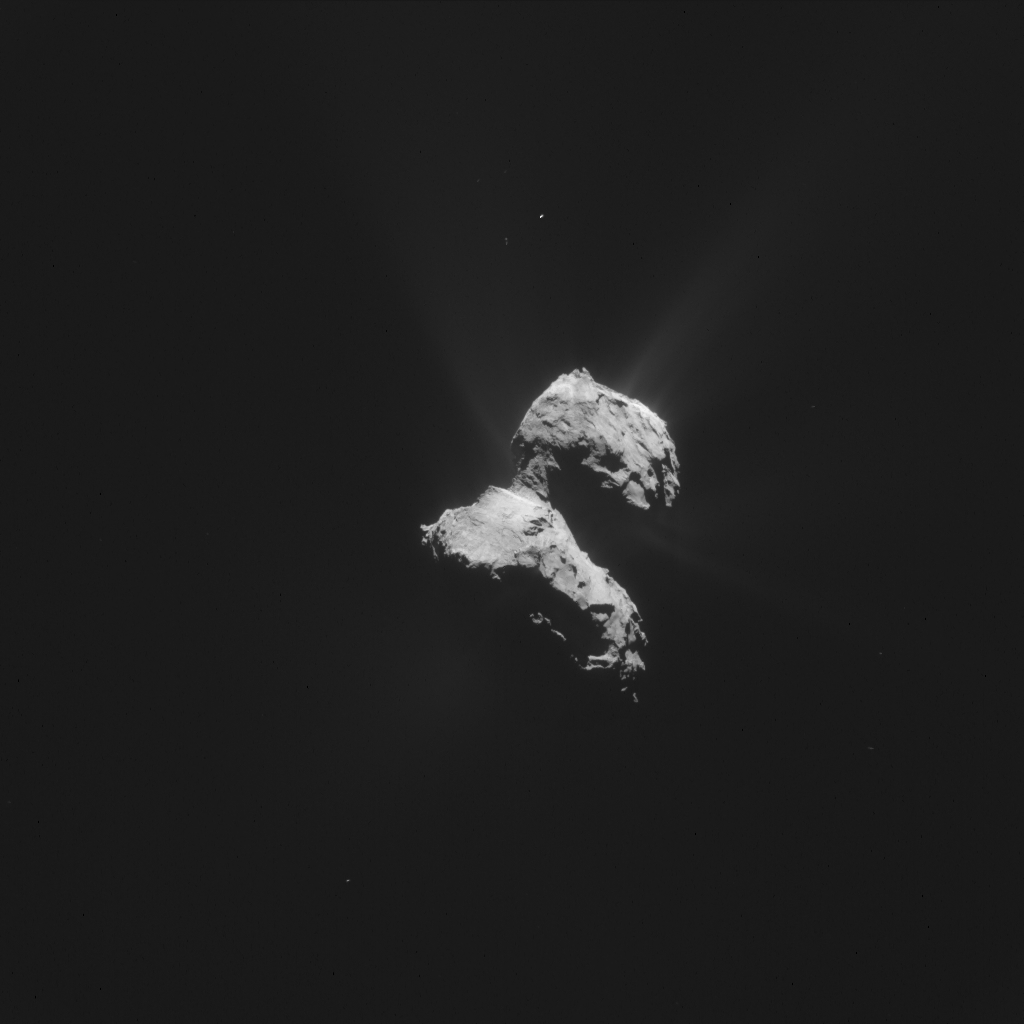