This image of Comet 67P/Churyumov-Gerasimenko was taken on 26 April and not only presents an incredible view of the comet’s activity, but also shows off some interesting new views of the comet’s nucleus. 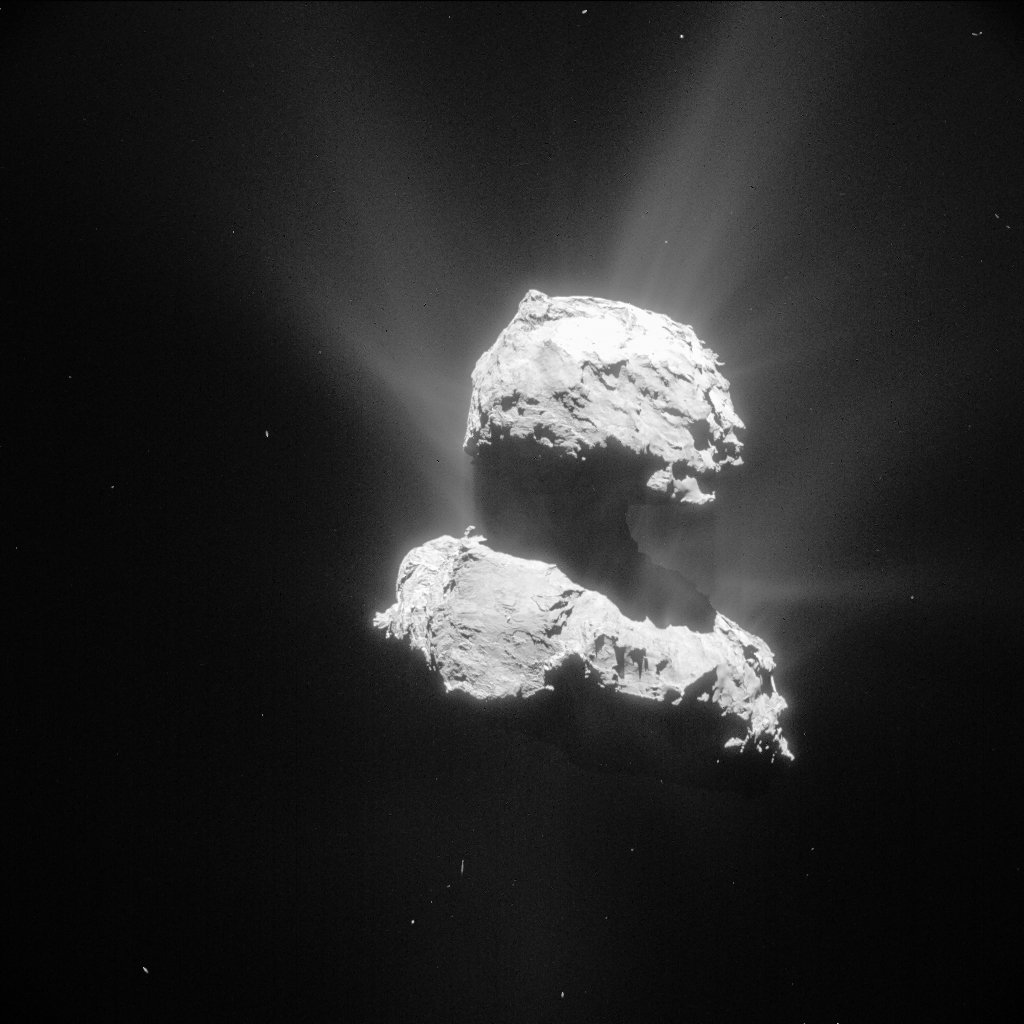 Comet 67P/C-G on 26 April 2015 from a distance of 98 km. The image has been processed to bring out details of the comet’s activity. Credits: ESA/Rosetta/NAVCAM – CC BY-SA IGO

The image was taken by Rosetta’s NAVCAM from a distance of 98 km from the comet centre. The scale at this distance is 8.4 m/pixel and the image measures about 8.6 km across.

One eye-catching region lies in the foreground of the comet’s large lobe, which appears as a smoother swath of material sandwiched between more rugged surrounds. This is also evident in an image taken last month from a different angle, and as such it is interesting to compare the two.

Perhaps even more captivating is the intricate pattern of activity streaming in all directions from both the small and the large lobe. While many distinct bands of dust extend towards the edge of the field of view, more diffuse regions of activity can be made out close to the nucleus. This makes for a particularly beautiful scene along the boundary between the shadowed and sunlight region on the large lobe close to the neck.

In addition, several straight-edged shadows can be seen as a result of the small lobe casting a shadow onto the comet’s neck and large lobe. The silhouette of the underside of the large lobe is also just visible. 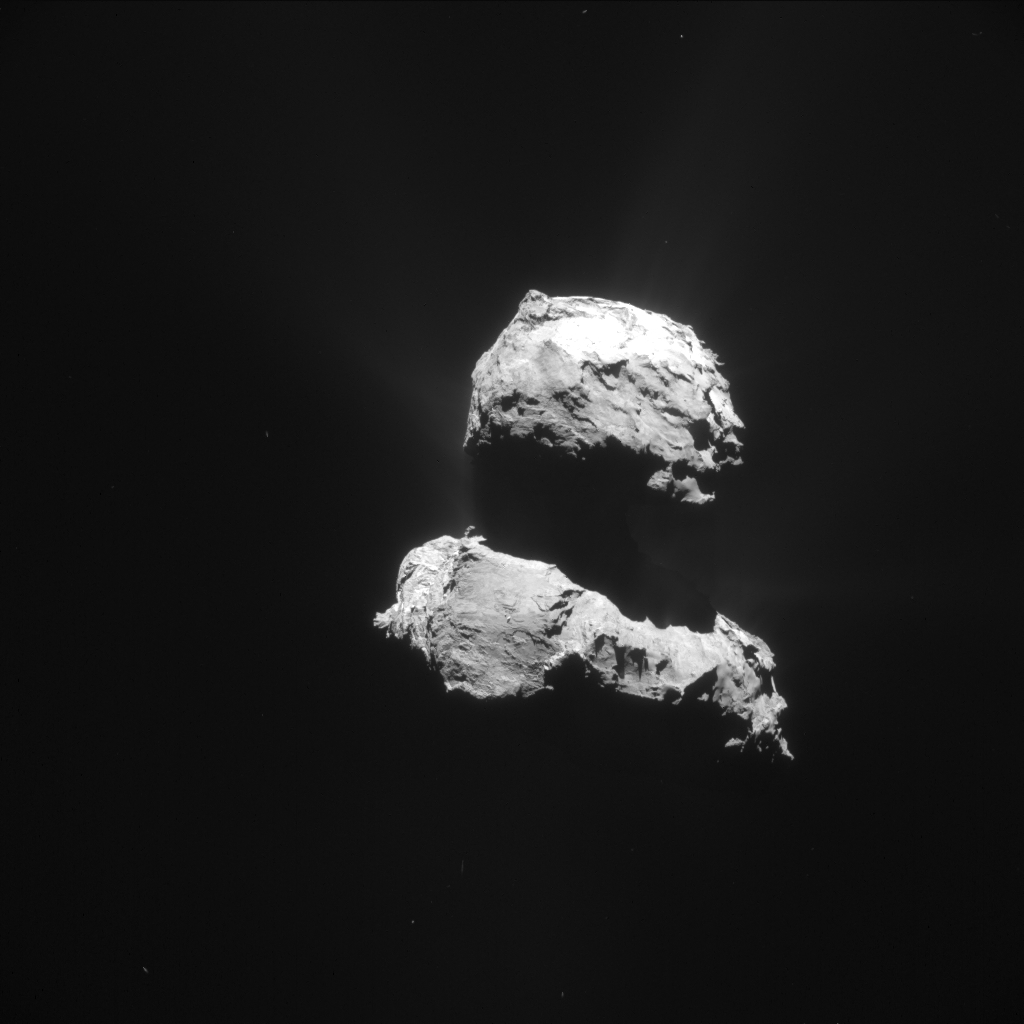