Today’s CometWatch entry is a single frame NAVCAM image obtained on 15 April, from a distance of 170 km from the centre of Comet 67P/Churyumov-Gerasimenko. At this distance, the resolution is 14.5 m/pixel; the image has been cropped to 11.4 km (the original frame, provided at the end of the post, measures 14.8 km across). 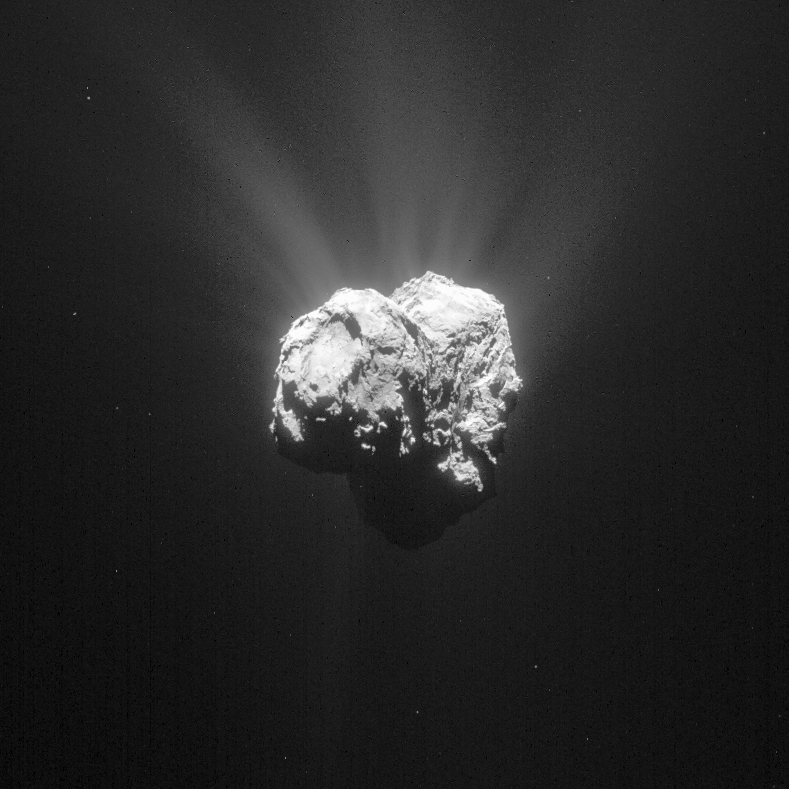 Like CometWatch 9 March and 22 March, today’s entry shows 67P/C-G from an unusual angle, revealing some regions on the comet nucleus that in previously published images were partly cast in shadow.

In this orientation, the small comet lobe is on the left, and the large one on the right. The image has been processed to bring out the comet’s activity, showing majestic jets of material emanating from 67P/C-G. Parts of both lobes are visible, in the lower half of the image, as dark silhouettes against the diffuse glow that envelops the nucleus.

The large circular depression on the small lobe is Hatmehit and, to its right, parts of the Bastet region are visible. The large lobe provides an interesting view on the Aker region (the bright-looking portion pointing upwards in this orientation) and on the rough terrains of Khepry (to the right). 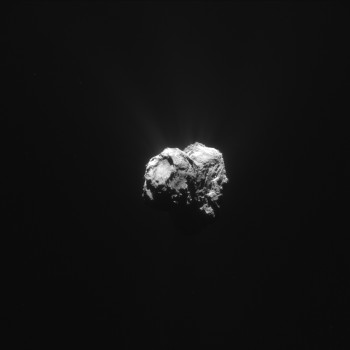