Welcome to a comet! 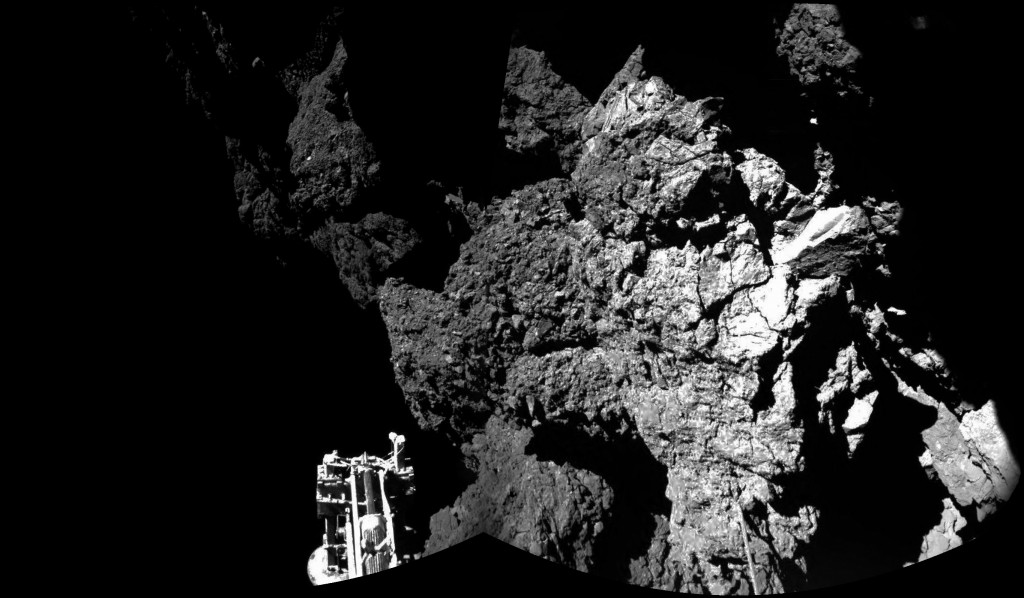 Rosetta’s lander Philae is safely on the surface of Comet 67P/Churyumov-Gerasimenko, as these first two CIVA images confirm. One of the lander’s three feet can be seen in the foreground. The image above is a two-image mosaic. The full panoramic from CIVA will be delivered in this afternoon’s press briefing at 13:00 GMT/14:00 CET. Watch via esa.int.rosetta