ESA rolls out the big iron

If you’ve been following the Rosetta and Philae mission to comet 67P/C-G, you’ll know that the crucial link between the mission controllers on Earth and the two craft voyaging hundreds of millions of kilometres deep in space are the ground tracking stations. 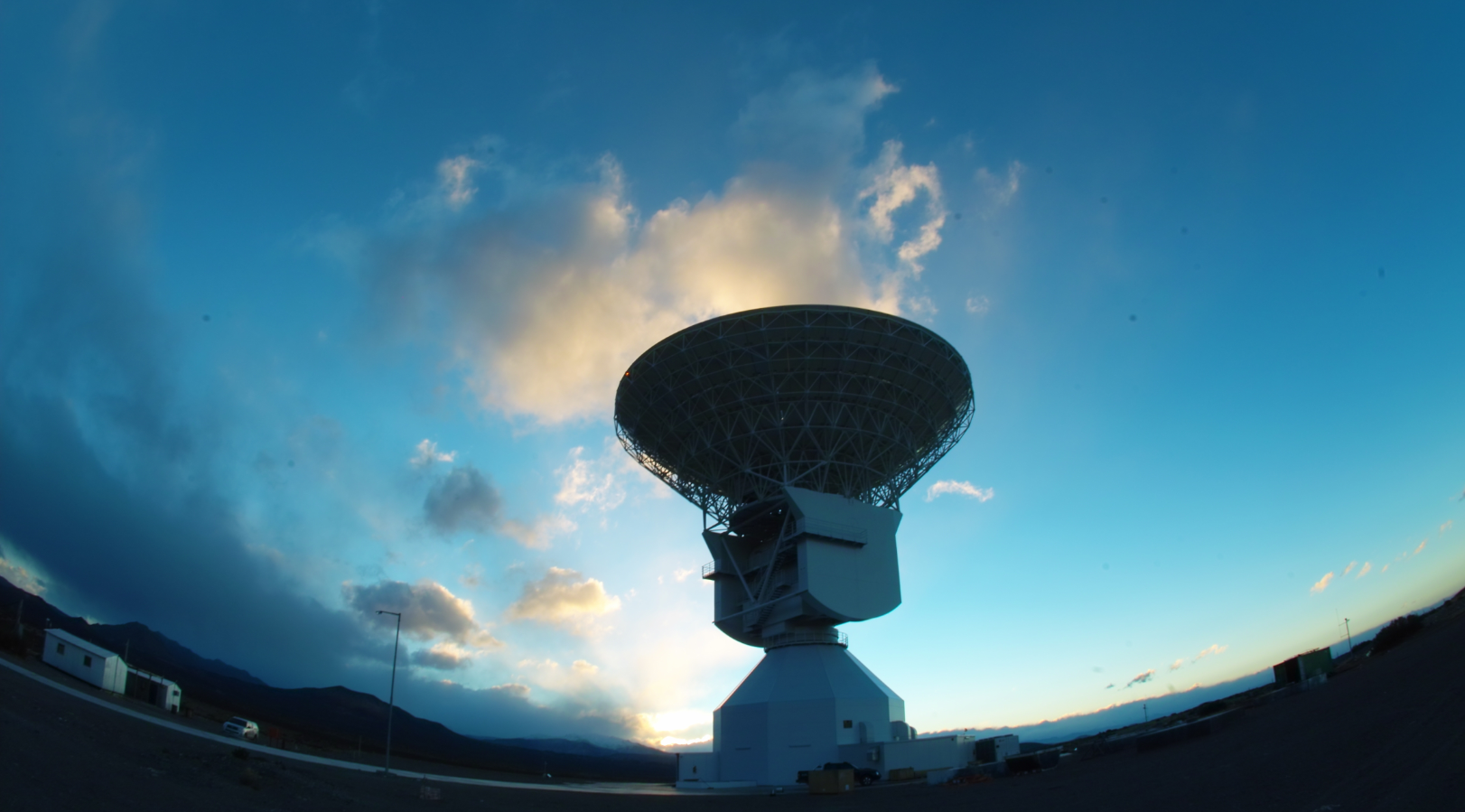 One of the world’s most sophisticated satellite tracking stations was inaugurated in Malargüe, Argentina, 1000 km west of Buenos Aires, in December 2012. Credit: ESA

For landing operations this week, ESA is once again rolling out the ‘big iron’ – two of the Agency’s three ultra-sensitive 35m deep-space tracking stations, these ones located at Malargüe, Argentina, and New Norcia, Australia.

The two stations will be sharing communication duties in alteration, with typical ‘passes’ — the time slots when Rosetta is actually in visibility — lasting about 10 to 13 hours.

On 11 November, Malargüe station started its afternoon pass at 14:58 CET, and remained on duty until about 04:00 CET today. In this time slot, Malargüe was used by the mission team at ESOC to upload the commands that will control Rosetta during lander delivery operations (set to take place about 02:00 CET Wednesday). It also received the final telemetry — housekeeping and status data — generated from the lander prior to the GO/NOGO for separation decision.

Next, New Norcia began its track starting at 02:46 CET (there’s a bit of overlap between one station finishing its track and the other starting) and it will remain in contact most of the day on 12 November. It will receive the crucial AOS — acquisition of signal — from the lander about two hours after separation, around 11:53 CET; this will be relayed from the lander via Rosetta (Philae can’t communicate to Earth directly).

Malargüe will then receive the signals that confirm touch down, set for about 17:00 CET.

But it isn’t only ESA that is rolling out the ‘big iron’ to support the landing.

Due to the very tight timeline and the need for the mission teams to receive telemetry signals from the spacecraft at all times and also be able to support back-up uplink in case it’s required, ESA have asked NASA to provide critical back-up support.

NASA stations at Canberra, Australia, Goldstone, California and Madrid, Spain, will conduct ‘shadow tracking’ in which they will remain locked on Rosetta TM signal at all times. This will enable an extremely quick switchover from the nominal ESA station, in the event of any technical problem at New Norcia or Malargüe, to the back-up NASA station. It also helps ensure that not a single bit of precious telemetry or science data are lost.

The full list of ESA and NASA stations is given in the PDF timeline. As can be seen by the blue green and yellow columns, there are no critical slots when an ESA station isn’t fully shadowed by a NASA station.

Here’s a video showing New Norcia in action in 2012: