A series of manoeuvres will reduce Rosetta’s distance from its current 18.6 km orbit (taking 7 days) to an intermediate orbit approximately 18.6 x 9.8 km (with a period of about 5 days). From there the orbit will be circularised at about 9.8 km radius, with a period of approximately 66 hours on 15 October, and the mission will enter the “Close Observation Phase” (COP). This will provide even higher resolution images of the landing site in order to best prepare for Philae’s challenging touch-down.

The new orbit will also allow a number of Rosetta’s science instruments to collect dust and measure the composition of gases closer to the nucleus. 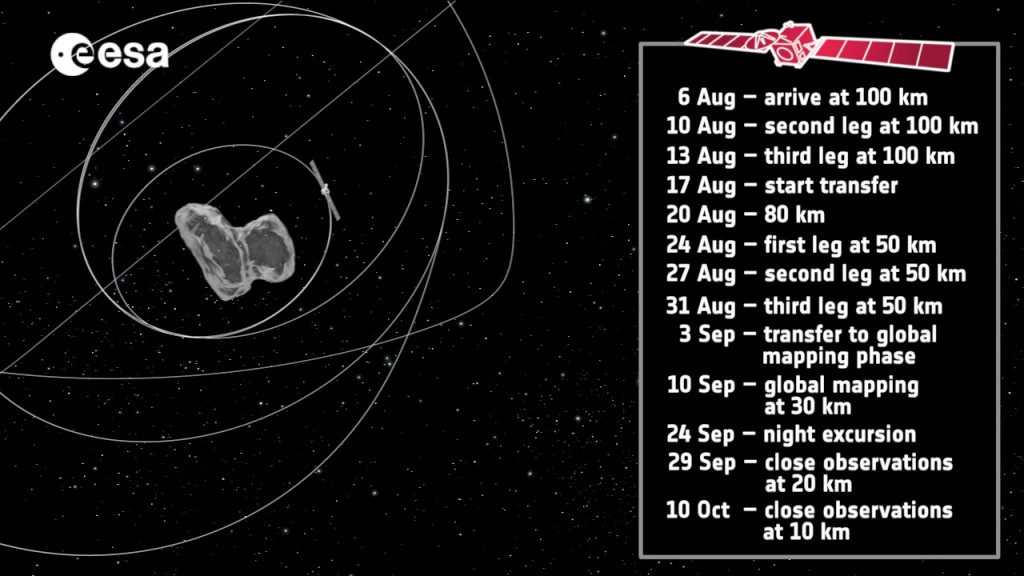 Rosetta will stay in the 10 km COP until 28 October, when it will begin the transfer to a “pre-delivery” orbit, a slightly elliptical orbit at approximately 30 km distance from the comet centre. After another orbital change taking place about two hours before separation, the spacecraft will finally deploy Philae from a distance of 22.5 km from the comet centre, at 08:35 UT on 12 November.

A detailed timeline of spacecraft events around the landing will be provided soon.