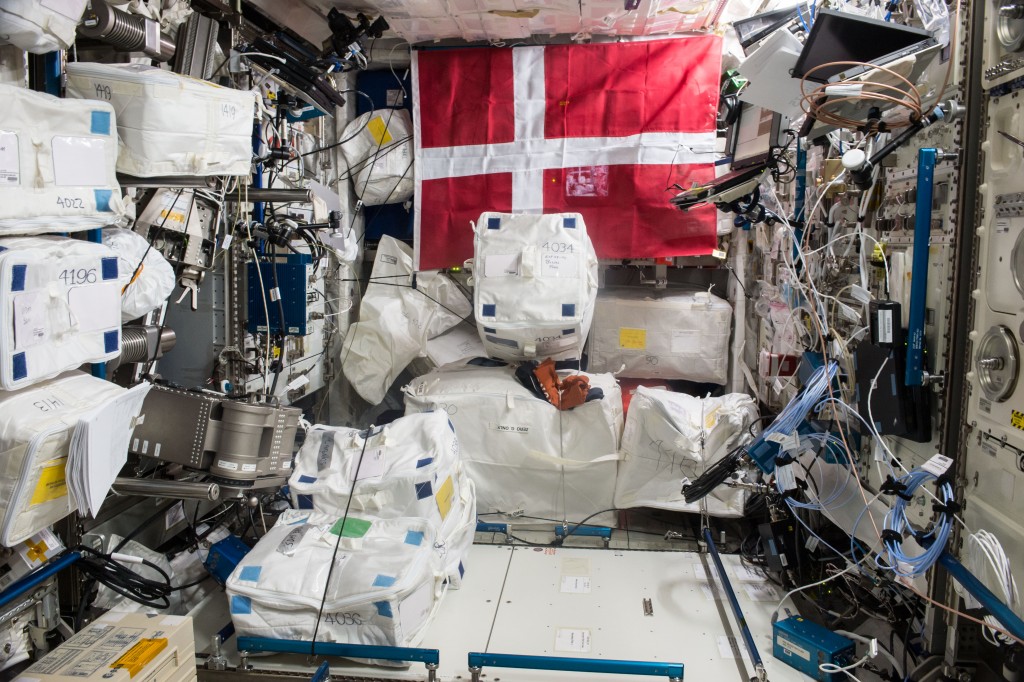 Flight day 7, Tuesday, was a big day for ESA astronaut Andreas Mogensen on the International Space Station. He started work on the three-day Mares experiment that would significantly remodel the Columbus space laboratory where Andreas is living and working for eight days. 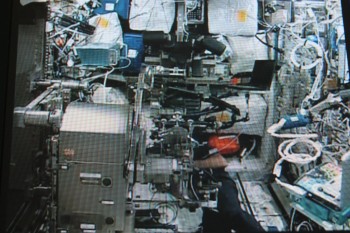 Mares will measure Andreas’s muscles in space, it is such a complex and large machine that cosmonaut Sergei Volkov was planned to help Andreas deploy and set it up. The two worked together like clockwork and finished the installing and battery charging ahead of schedule to let Andreas start with Supvis-E.

Supvis-E is a second rover driving experiment that focuses on the network and interface for controlling rovers on Earth from space. The test for the day was supposed to

be part one of two that included setting up two laptops and a simple test-drive. The Meteron team behind Supvis-E, Andreas’s quick setup and excellent driving skills and the easy-to-use interface meant that the experiment went much quicker than could have been hoped for. The team set ahead and continued with the next-day’s part of the experiment and Andreas finished that as well. 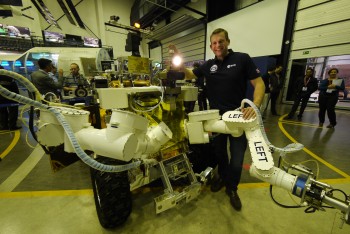 The task was to move the Eurobot rover to a mockup of a planetary lander and ‘repair’ it, involving directing the rover to lift some insulation to inspect underneath. A surprise was waiting for Andreas as underneath the insulation was the winning drawing of a Danish competition for kids.

Andreas had his usual lunch with the crew and went straight into a nine-person live press conference. Andreas answered questions from questions.

Afterwards Andreas did another taste-testing session for Demes and filled in the daily Space Headaches questionnaire.

Lastly Andreas went looking for cloud turrets from the International Space Station’s windows as part of the Thor experiment. He managed to take 160 photos of the elusive weather phenomenon that are now being processed by researchers on ground.

Due to Andreas’s efficiency the schedule for flight day 8, Wednesday, was reshuffled significantly allowing the astronaut more time for other experiments and a bit of time to enjoy for himself.