Every space mission to the International Space Station starts with a train ride. The Soyuz TMA-18M that will take Andreas Mogensen, Sergei Volkov and Aidyn Aimbetov to space 2 September at 4:37 GMT was rolled out to the launchpad.

ESA astronaut Thomas Pesquet captured the moment on his phone:

Keep clear: rocket crossing (on its way to the launch pad) pic.twitter.com/gc2u1XhXlw

Later the Soyuz rocket was put upright and is ready for launch! See more pictures on ESA’s Flickr gallery. 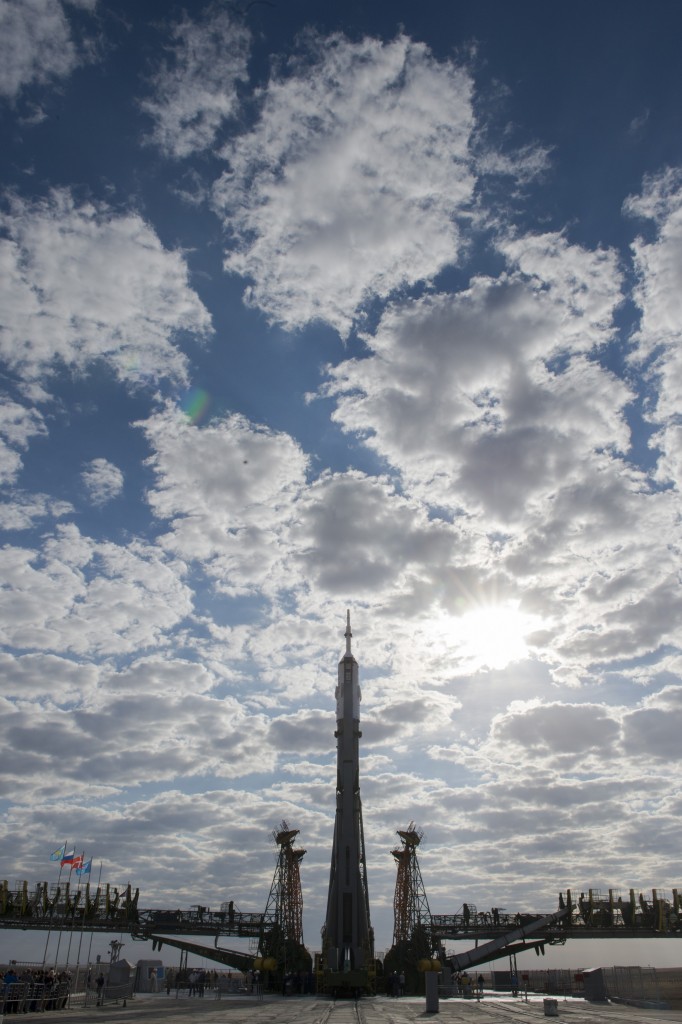 Roll out of Soyuz launcher from MIK 112 to Pad 1. Credits: ESA