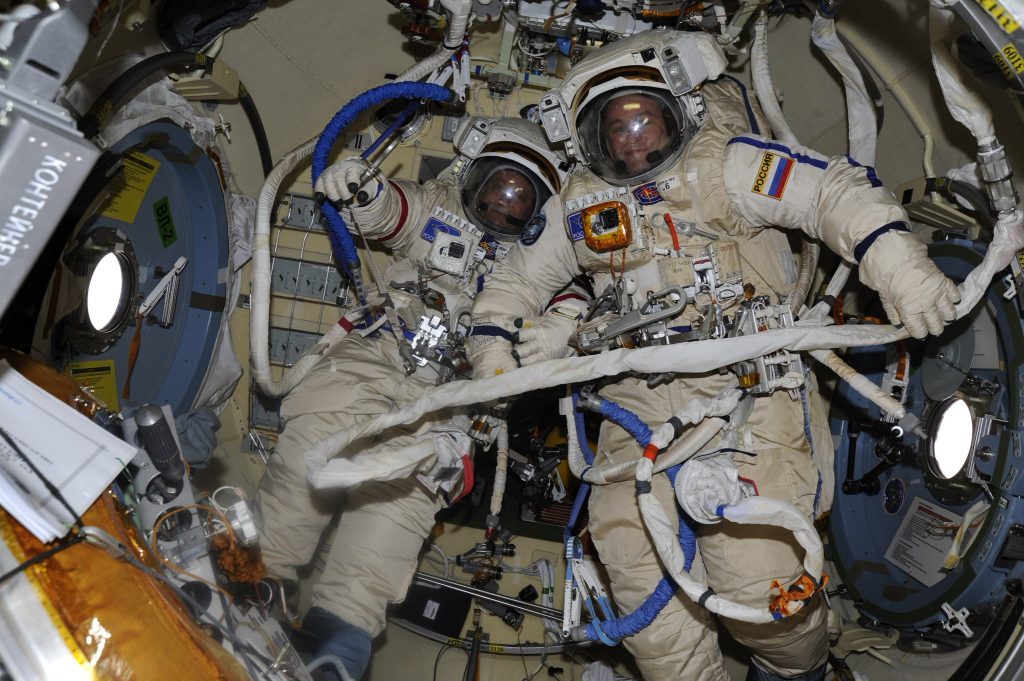 Sergei and Fyodor in their Orlan spacesuits. Credits: Roscosmos

17 August cosmonauts Fyodor Yurchikhin and Sergei Ryazansky left the International Space Station from the Pirs airlock at 14:45 GMT  for six hours in their Orlan spacesuits.

Sergei released five nanosatellites, including the first 3D printed CubeSat into Earth orbit, by ‘simply’ throwing them in the right direction away from the Space Station into orbit. Other tasks included retrieving external experiments, taking samples of materials that are subjected to the harsh conditions of space to see how they fare over time. External experiments like these and the joint ESA-Russian Expose facilities allow mission designers to test potential new materials and even understand the origins of life.

ESA astronaut Paolo Nespoli helped the duo prepare for the spacewalk and helped them back inside when they were finished. Fyodor was wearing a new version of the Orlan spacesuit that offers better temperature control and is easier to use and more robust – a first test of the new design in space.

Watch a replay of the spacewalk including the launching of the satellites via below: