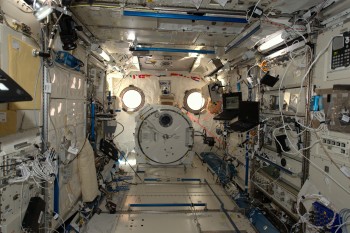 It has been a while since we caught up on Tim’s activities on the International Space Station, so here is an overview from 15 February. All astronauts have daily planning conferences and exercise up to two hours to stay fit in weightlessness, these will not be mentioned.

Monday started with a blood draw and eye exams for NASA’s Ocular Health experiment. The afternoon was spent in the Japanese Kibo module working on the Electrostatic Levitation Furnace and organising the European Columbus laboratory.

Tuesday saw more eye exams for Tim and he installed a second Astro Pi in the Node-2 module as part of the educational program. Tim also recorded a video on the CardioVascular health experiment for the Canadian Space Agency. In the afternoon Tim worked on the Space Station’s water supply and maintained the Microgravity Acceleration Measurement System that is charting how vibrations could influence experiments on the Station. Lastly Tim continued the Ocular Health experiment before going to bed. 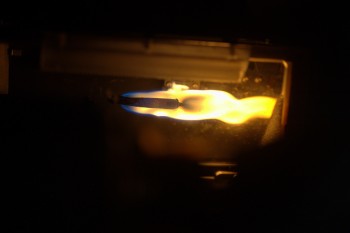 The Ocular Health experiment took up most of Wednesday with Tim working on the Combustion Integrated Rack in the afternoon – burning things in microgravity!

Thursday 18 February saw the departure of the Cygnus supply vehicle but Tim Kopra and Scott Kelly took care of this robotic operation while Tim Peake prepared the Airway Monitoring experiment, did his session on NASA’s Fine Motor Skills experiment, had a standard call with his flight surgeon and installed hardware in Node-1. In the afternoon Tim recorded some messages for educational activities and continued working in Node-1.

On Friday Tim did a radiogram and worked on the Multi-Purpose Small Payload Rack exchanging hard disks in the laptops. He did a session on the Japanese Microbe-IV study and worked on the Space Station’s spacesuits. After lunch Tim had a quick session on the Ham radio for a school contact before working on the Kibo’s power system. As Cygnus had departed some cables in the Station had to be rerouted, a duty given to Tim in the afternoon. Before the weekend could start Tim did a hearing assessment and filled in his Space Headaches questionnaire. 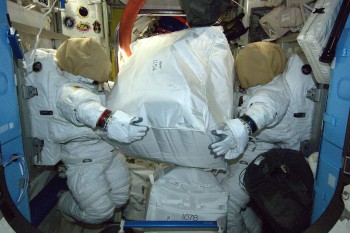 Monday 22 February Tim worked exclusively on two experiments over the whole day. In the morning he worked on the Japanese Airlock before spending the afternoon on NASA’s Advanced Colloids Experiment looking at how microscopic particles behave in liquids.

The Airway Monitoring experiment for Thursday required a lot of preparation and on Tuesday and Wednesday Tim moved the spacesuits from the Quest Airlock to Columbus to make space and installed the experiment hardware. He also did a Fine Motor Skills session and worked on the initial setup and activation of two new Space Automated Bioproduct Laboratories in the US Destiny module. 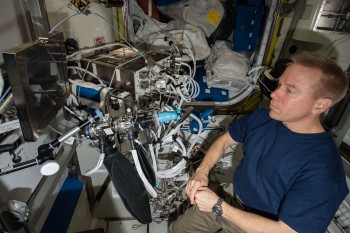 Wednesday continued work for Airway Monitoring that took most of the morning. In the afternoon he continued working on the Space Automated Bioproduct Laboratories and did some medical operations. Thursday was the big day for Airway Monitoring. The two Tims spent the whole day working in the airlock on this experiment. Read more about it in Tim Peake’s own blog. Friday was spent tidying up and returning the spacesuits to their storage place in Quest. Tim also worked in the Kibo laboratory to increase its storage capacity and conducted another Space Headaches questionnaire.

Moving on to this week, Monday 29 February saw Tim do another session for Fine Motor Skills experiment and work on the sensor unit for the Electrostatic Levitation Furnace. He also did activities for the Japanese Multi-Omics experiment. He also recorded a video of how he worked to aid future mission and spacecraft designers to make spaceflight as efficient as possible. In the afternoon Tim also removed a set of Japanese radiation detectors to be returned on the Soyuz and a review of emergency procedures together with Tim Kopra and Yuri Malenchenko who are now alone on the Space Station. The traditional change of command ceremony was done before going to bed meaning Scott Kelly officially handed over command of the Space Station to Tim Kopra. 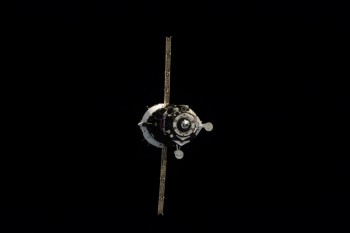 Tuesday 1 March was the day that Scott Kelly, Sergei Volkov and Mikhail Korniyenko left the Station for Earth. All crew members slept in to the afternoon, ready to be awake and wave their colleagues goodbye. Tim spent the morning helping with blood samples and samples for NASA’s Twin study with Scott and his twin brother Mark. He took some pictures of the Station for ground control maintenance and utilisation. While the trio of departing astronauts where in their Soyuz TMA-18M spacecraft, Tim worked on the Station’s water supply and did his exercises on the Station’s exercise machine ARED, working deep into the night while keeping track of his departing colleagues. The remaining three astronauts did not head to their sleeping bags until 5 in the morning on Wednesday to make sure their colleagues got home safely.

The rest of the week was spent on the MagVector experiment and maintaining the Urine Processing Assembly and Water Recovery System as well as preparing the Spheres docking port session.

Next week operations continue as normal for Tim Kopra, Tim Peake and Yuri Malenchenko – despite working without Scott, Mikhail and Sergei. Their replacements will arrive in two weeks’ time to return the Space Station to a full house.