Getting experiments to the launchpad

The team behind the Spheroids experiment send an update on the behind-the-scenes logistics to getting their experiment to space. 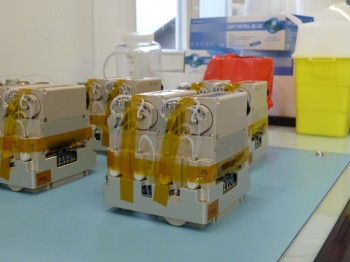 After scheduling our travel for the launch, I was in contact several times with the Italian company who is organising the transport of our materials to the Kennedy Space Center in Florida, USA. We have two boxes to transport. One is quite large and contains consumables. The second box contains frozen liquids which have to cooled during transport and are essential for the cell culture and our experiment. This second box we plan to take with us as carry-on luggage on our flight to Orlando.

So far so good, but the materials in each of our boxes are worth more than 1000 € so the boxes have to be declared at customs in Germany as well as in the US. We are getting help from other companies to ensure the customs procedures go smoothly on both sides of the Atlantic. 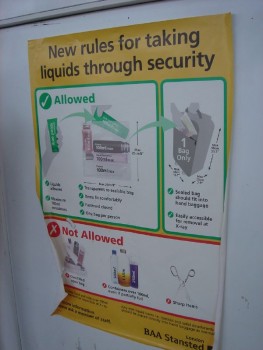 The hand-carry box has separate issues. Travelling on airplanes only 1000 mL of liquid is allowed to be taken in hand luggage and in volumes no larger than 100 ml each. The liquids we are carrying are two vials of 500 mL, three of 100 ml and two of 10 μg. Therefore, I contacted the federal law enforcement at the Tegel airport in Berlin to ask for permission to bring the volumes into the passanger cabin of the plane. Today I talked with an officer and he granted the transport. The only thing I still have to do is send him an email next week stating that the liquids are not dangerous goods. I must include the Material Safety Data Sheets for each liquid vial and the flight connection of my trip to Orlando. He then will inform the security company manning the security checks at the airports in Berlin and Frankfurt to issue a permit for our liquids.
The last obstacles are solved!
Now everything is in the hands of SpaceX and NASA.