Another striking image of the Ma’at region of Comet 67P/Churyumov-Gerasimenko from Rosetta’s descent onto the surface of the comet, taken with the OSIRIS narrow-angle camera at 08:21 GMT from an altitude of about 5.7 km. 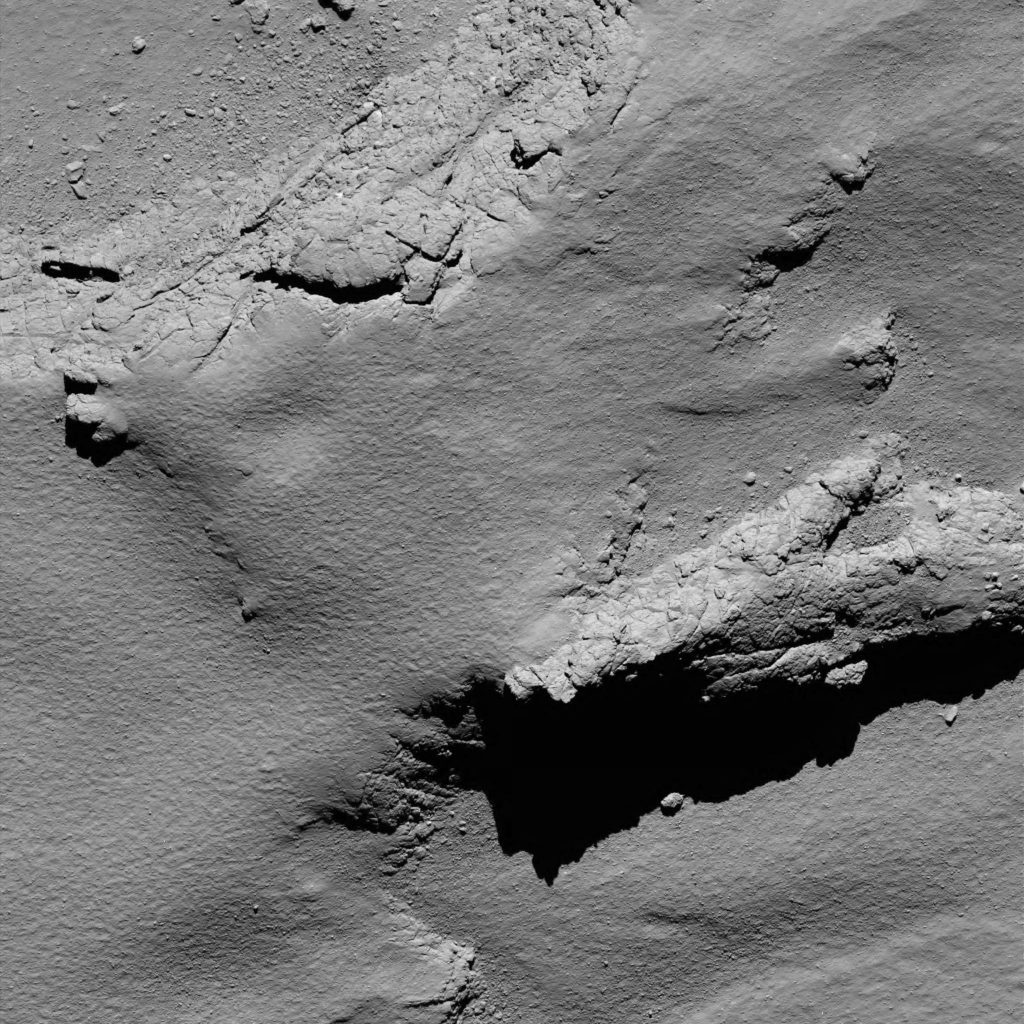 The image scale is about 11 cm/pixel and the image measures about 225 m across.

Rosetta’s target impact region is visible in the lower right portion of the image.

The features in the upper part of the image are also present in the lower part of the previously published Comet landing descent image – 5.8 km.

This image is featured as the last image in the second row of the OSIRIS NAC composite of descent images showing Rosetta’s landing site.