This week’s CometWatch was taken by Rosetta’s NAVCAM on 24 April 2016, 28 km from the nucleus of Comet 67P/Churyumov-Gerasimenko. 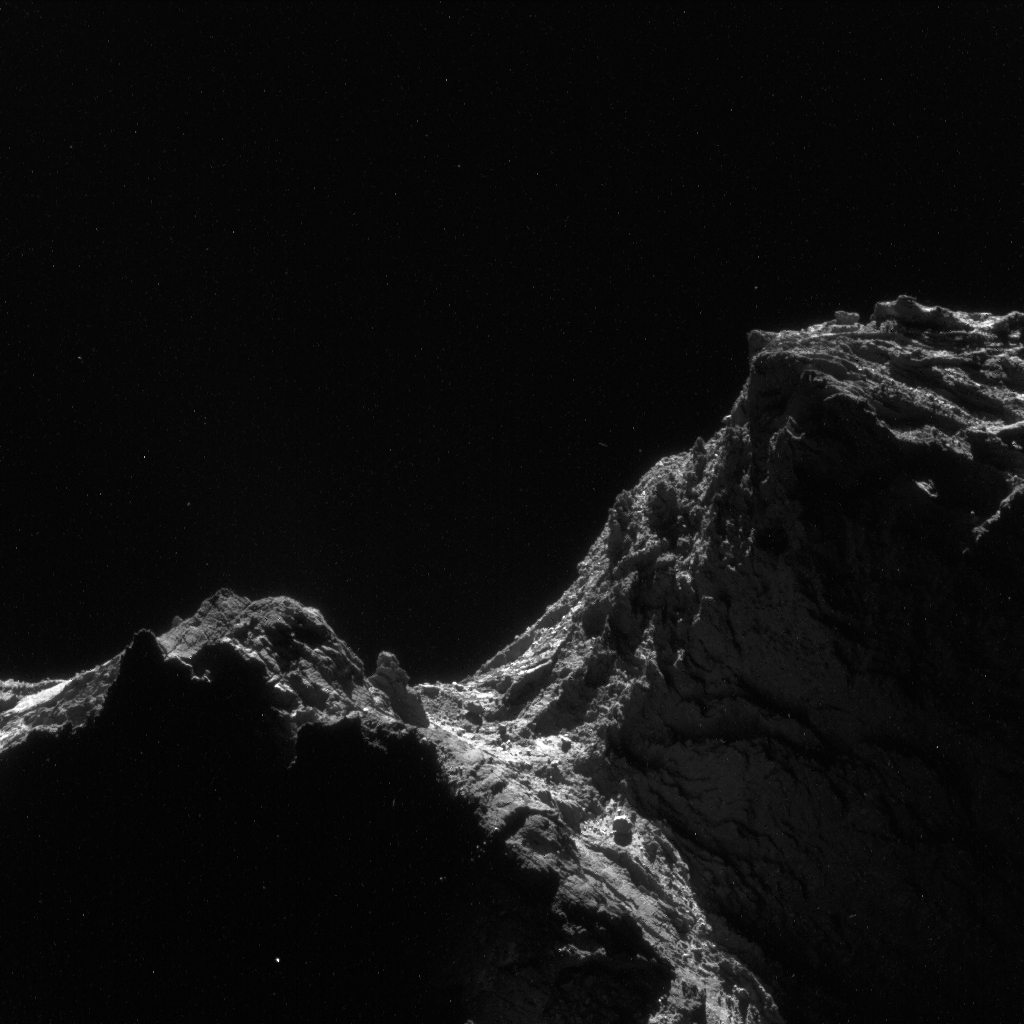 It captures a beautiful ‘skyline’ taking in parts of the comet’s southern hemisphere regions.

Bes and Geb on the comet’s large lobe lie to the far left of the scene. Zooming in to the exposed cliff faces reveals criss-cross fracture patterns that have also been identified in many other locations on the comet (see an earlier blog post ‘Do comet fractures drive surface evolution?’ for more).

The boulder-strewn neck region in the middle of the view features Sobek, which transitions up through Neith and Wosret on the small comet lobe to the right. 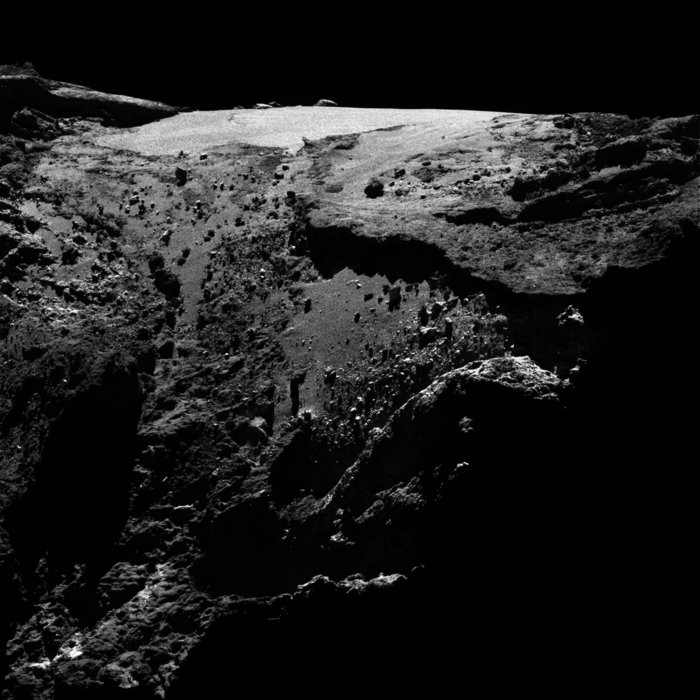 Also released this week by Rosetta’s OSIRIS team was a stunning narrow-angle camera shot capturing an oblique view over Imhotep (above). In this orientation, Bes lies to the left and Khonsu is to the right. The view complements an earlier release from the OSIRIS wide-angle camera taken from about 12 km.

The original NAVCAM image from today’s release is provided below: 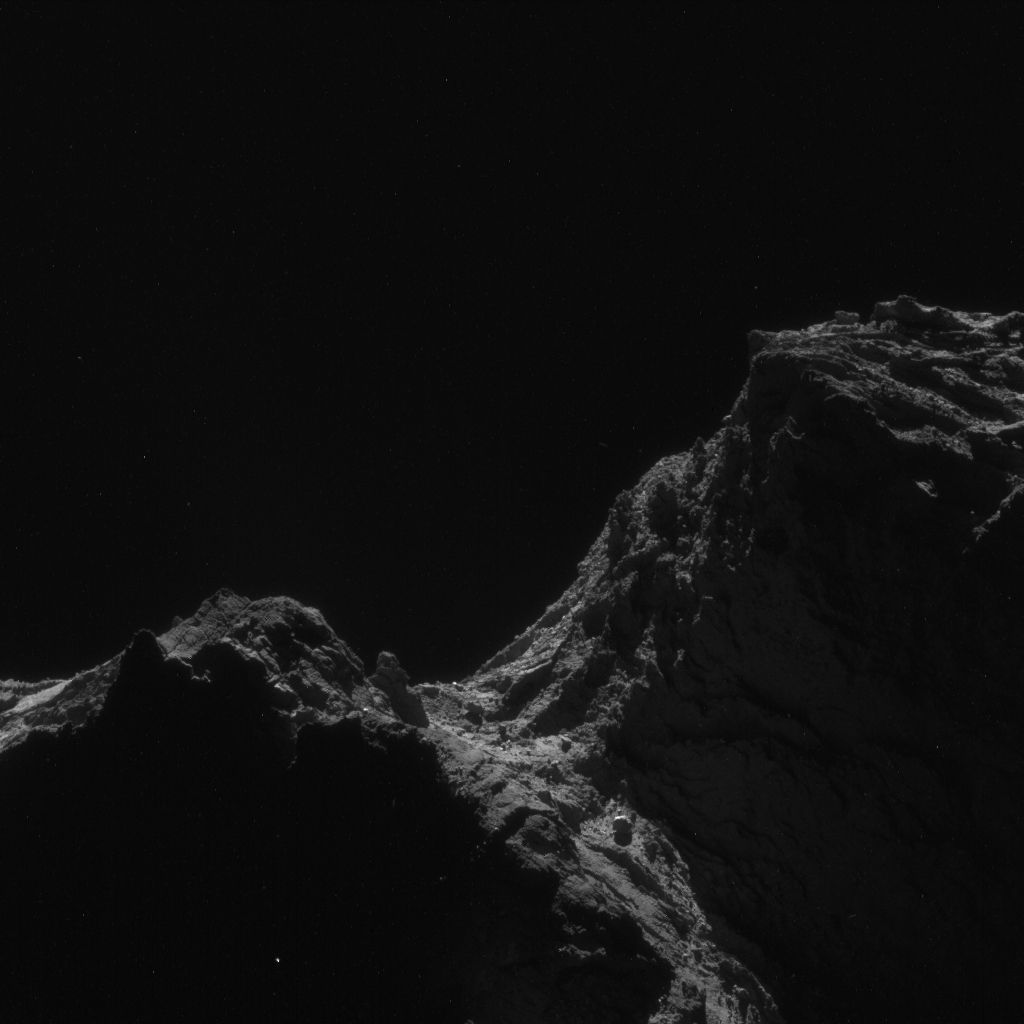