This week’s CometWatch features an image obtained with Rosetta’s NAVCAM on 19 April 2016, 29.4 km from the nucleus of Comet 67P/Churyumov-Gerasimenko. 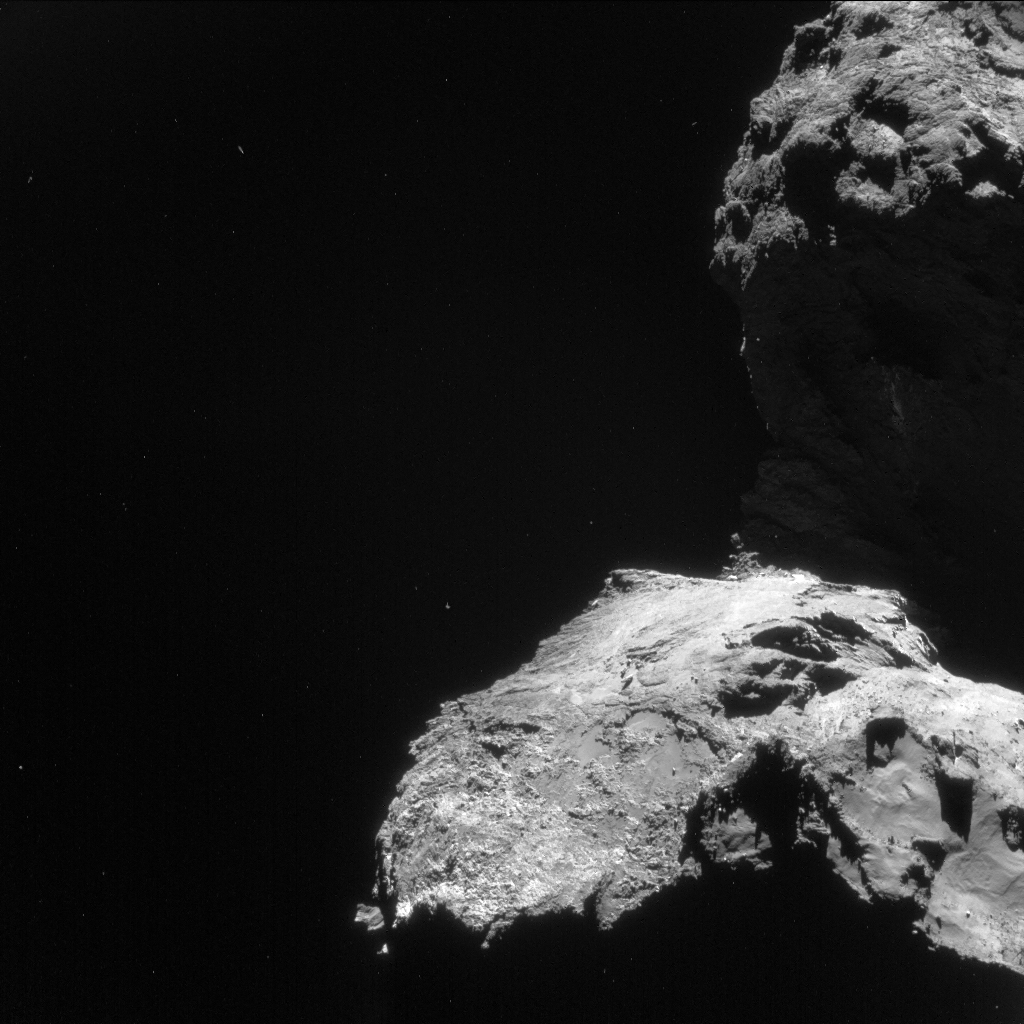 At these close distances, the comet nucleus overfills the field of view of the camera. In this view, which is not centred on the comet, only a portion of the nucleus is in sight, with the small comet lobe up and the large lobe down.

On the small lobe, which is casting shadows on the comet’s neck underneath, we can see the rugged terrains of the Bastet region.

On the large lobe, the view is dominated by a smooth portion of Aker, just below the neck in this view, which gradually declines towards the rougher Khepry. In the lower right corner, a part of the Babi region is visible, with hints of the elongated Aten cast in shadow. 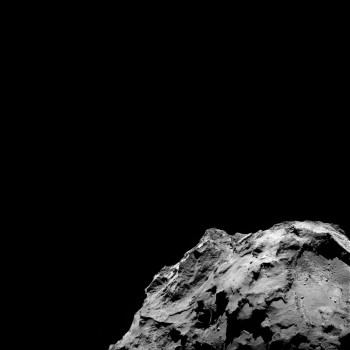 A portion of Babi is also featured, from a different viewpoint, in this recent image captured by Rosetta’s OSIRIS narrow-angle camera on 13 April (on the right). In this orientation, the small comet lobe is in the foreground, in the lower right corner of the image, with the large lobe on the left.

The view on the small lobe reveals the large circular depression of Hatmehit, covered in dust and boulders, with smooth portions of Ma’at to its left. On the large lobe, in the background, are the terrains of Babi, which degrade towards the smoother Ash region, visible in the lower left.

A different perspective is offered in another OSIRIS image (below), taken yesterday with the wide-angle camera from a distance of about 30 km.

In this view, the large comet lobe points up, with the flat landscape of Imhotep beautifully illuminated, revealing boulders, circular basins and other geological features of this region, and portions of Ash visible on the right. Part of the small lobe can also be seen in the lower right, with a hint of the Hathor region and its cliffs that scarp steeply towards the neck of the comet.

Meanwhile, 819 new NAVCAM images were released this week, covering the period between 10 February and 8 March 2016. You can browse through them via the NAVCAM Image Browser tool. 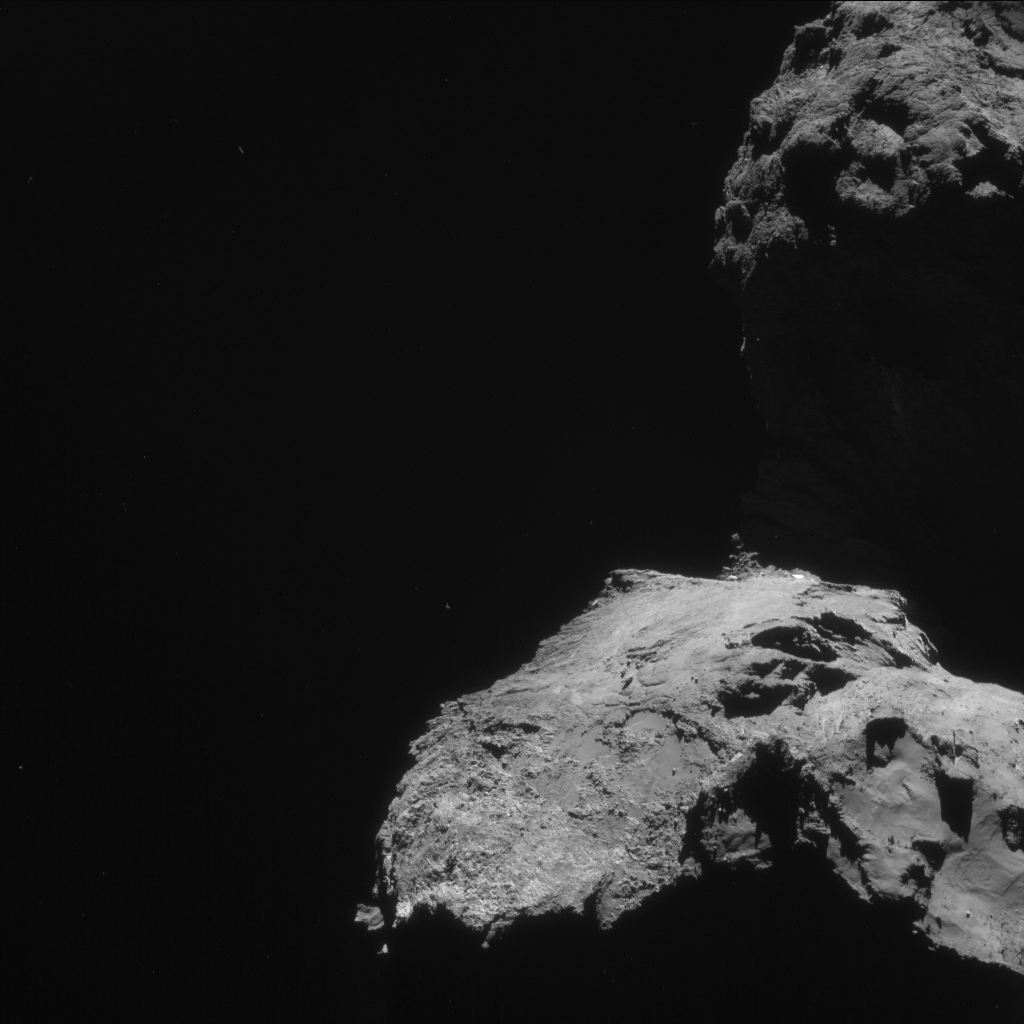