Last week, Rosetta embarked on an excursion around 1000 km in the anti-sunward direction to study the wider coma, tail and plasma environment of Comet 67P/Churyumov-Gerasimenko.

This week’s CometWatch is an image taken on the outward leg of the excursion, on 27 March, when the spacecraft was 329 km from the nucleus. 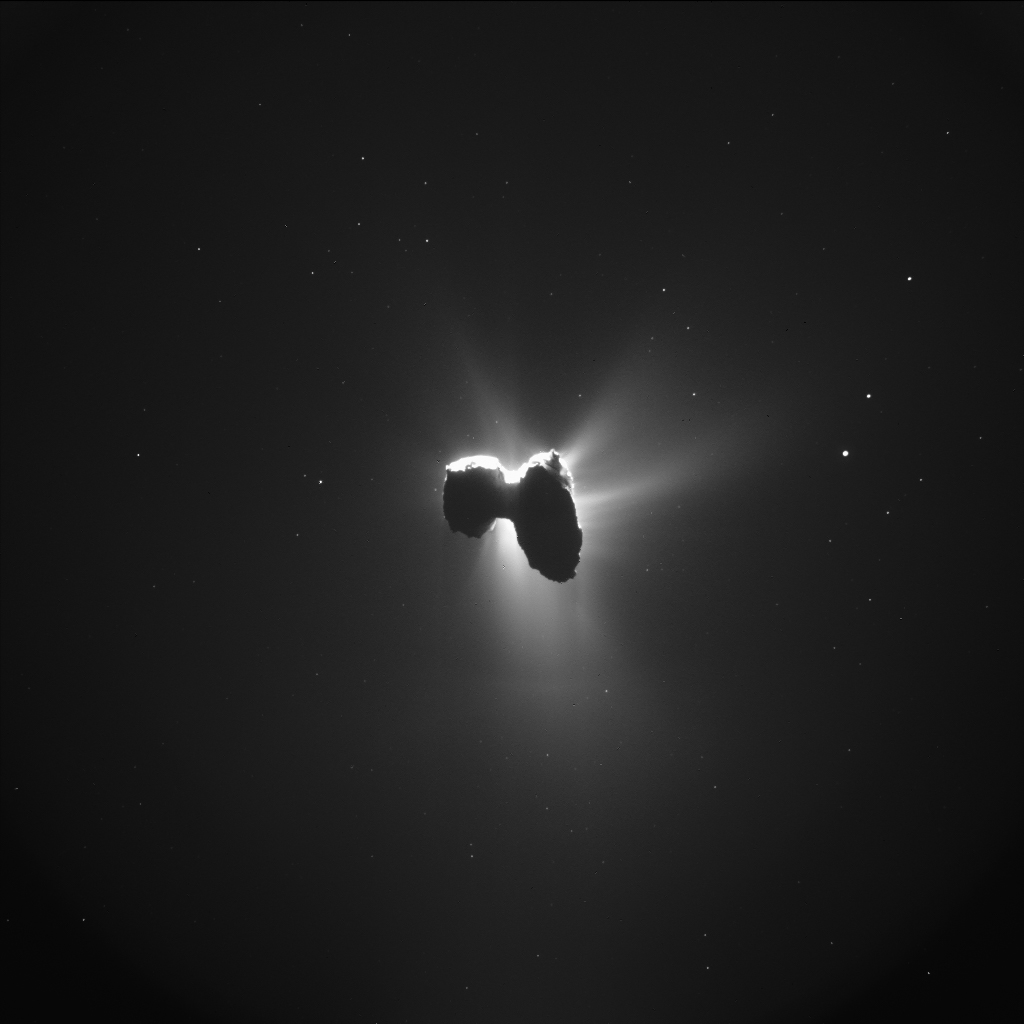 In February and March, Rosetta spent several weeks at very close distances from the comet nucleus, which overfilled the field of view of the NAVCAM, providing us with striking views of the surface. During the current excursion, instead, we can enjoy again a view of the full nucleus and the environment around it.

In this CometWatch image, the small comet lobe is on the left and the large one on the right. The image was taken at a very large phase angle of about 159 degrees, meaning that the comet lies between the spacecraft and the Sun, and that all three are very close to being on the same line.

In this configuration, the nucleus appears backlit, with only a few portions of the illuminated surface visible from this view – in the upper and upper right part of the nucleus.

Thanks to the combination of a long, four-second exposure, no attenuation filter and a low-gain setting on the analogue signal processor of NAVCAM (a setting that is used to image bright targets), the image reveals the bright environment of the comet, displaying beautiful outflows of activity streaming away from the nucleus in various directions.

It is interesting to note hints of the shadow cast by the nucleus on the coma below it, as well as a number of background stars sprinkled across the image.

Today, Rosetta is moving back below 600 km from the nucleus, having been at 1000 km on 30 March. The spacecraft will come back to about 200 km early next week and carry out a zero phase flyby on 9 April at around 30 km altitude.

Meanwhile, 984 new NAVCAM images were released yesterday, covering the weeks between 16 December 2015 and 9 February 2016. You can browse through them via the NAVCAM Image Browser tool.