Today’s CometWatch features a NAVCAM image taken on 17 January 2016, when Rosetta was 83.4 km from the comet nucleus. The scale is 7.1 m/pixel and the image measures 7.3 km across. 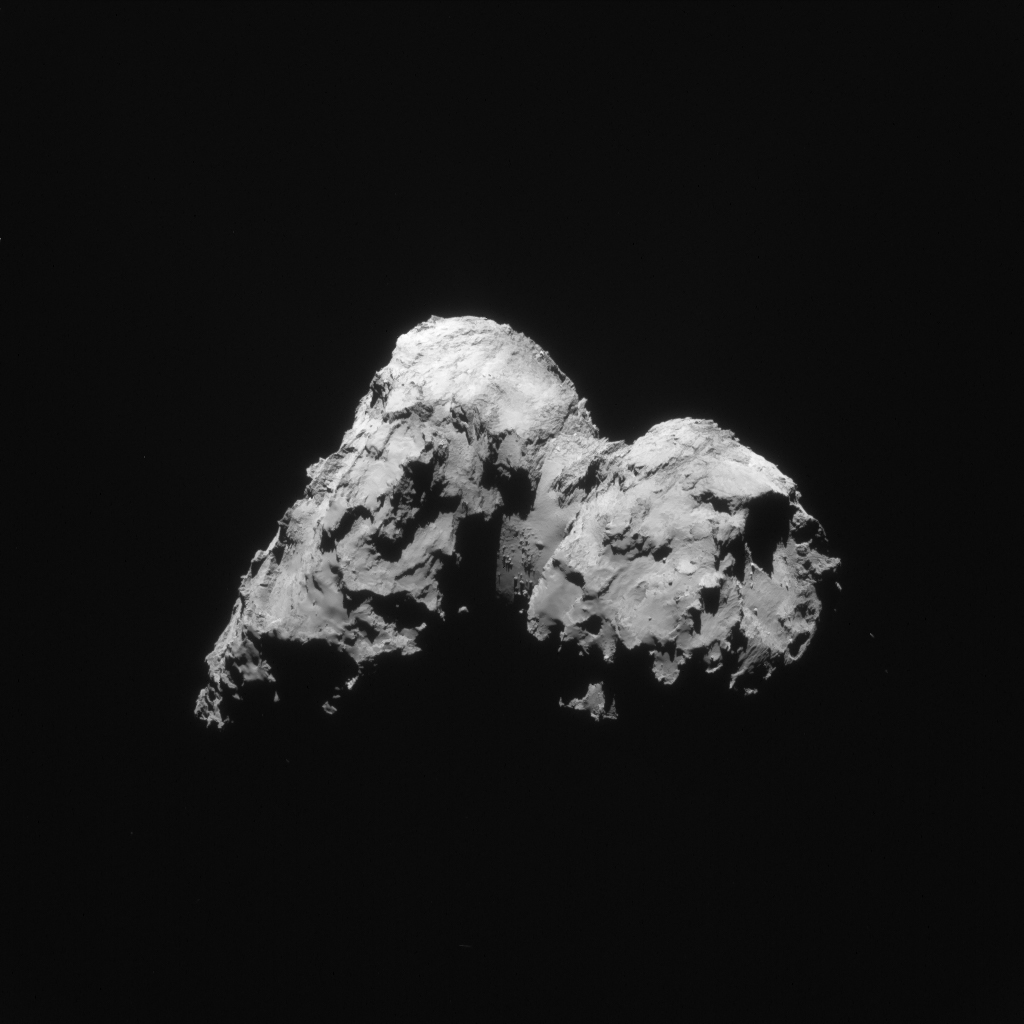 The image shows 67P/C-G with the large lobe on the left and the small one on the right, in a similar orientation to that of CometWatch 16 August 2015. In that image, taken only three days after perihelion, the comet’s spectacular activity dominated the view, while today’s image reveals more of the diversity of terrains that are found on the surface.

In the upper part, we see a rough portion of the Khepry region (on the left) and a seemingly smoother portion of Aker (on the right). These two areas were often portrayed in CometWatch entries from April and May 2015, for example in this image from 21 May.

Towards the left edge of the nucleus, this view reveals the narrow and elongated Aten. At the centre of the large lobe is the Babi region, bridging to the dust covered terrains of Ash on the lower left and to Seth, which is almost entirely cast in shadow, on the lower right.

This image also beautifully portrays the string of boulders on the smooth Hapi region, on the ‘neck’ of the comet, leading towards the more rugged Sobek towards the top right.

On the small lobe, we see the rough Bastet region (top) neighbouring smoother portions of Ma’at (bottom). To the right, the large circular depression of Hatmehit is depicted in a striking contrast of bright and shadowed areas that reveal many boulders lying in this region.

You can use the interactive comet viewer tool to explore the various regions of the surface of 67P/C-G. 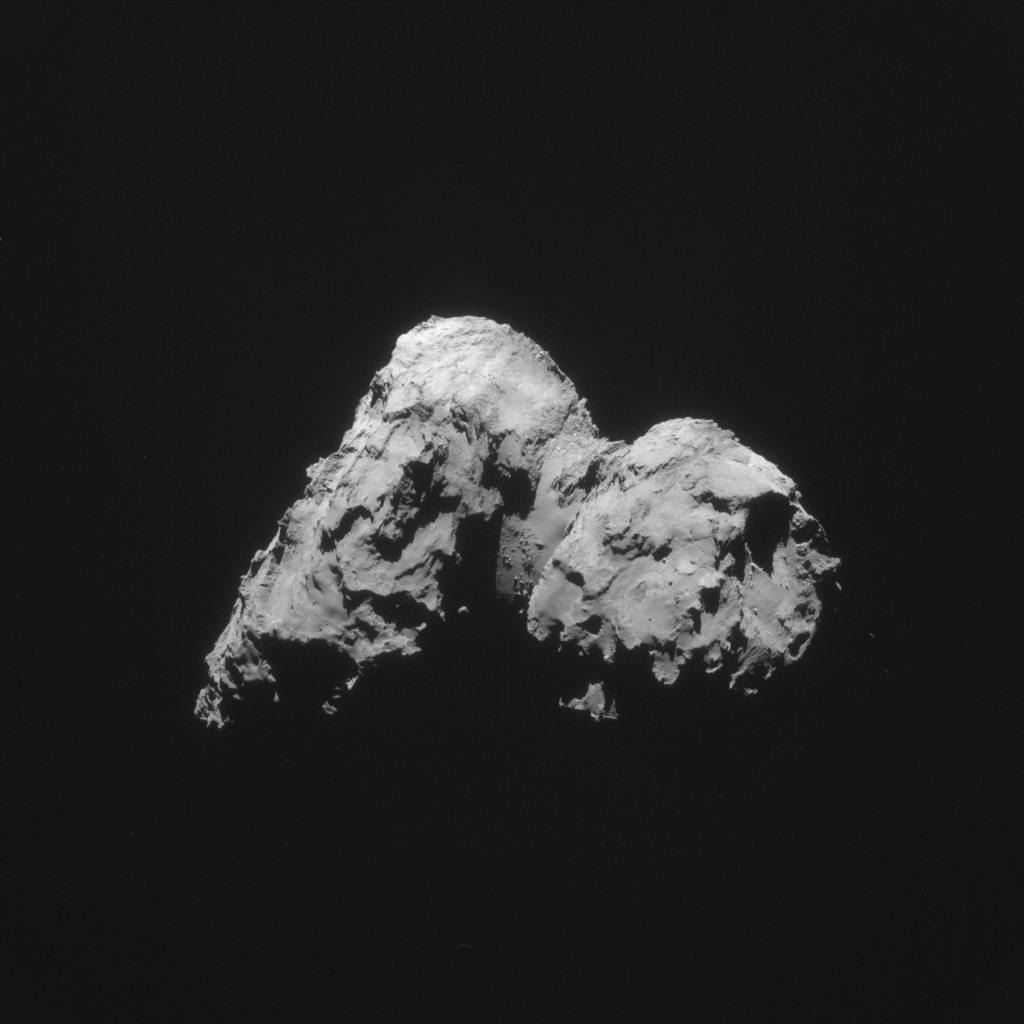