Today’s CometWatch entry is a NAVCAM image taken on 7 December 2015, when Rosetta was 103.1 km from the comet nucleus. 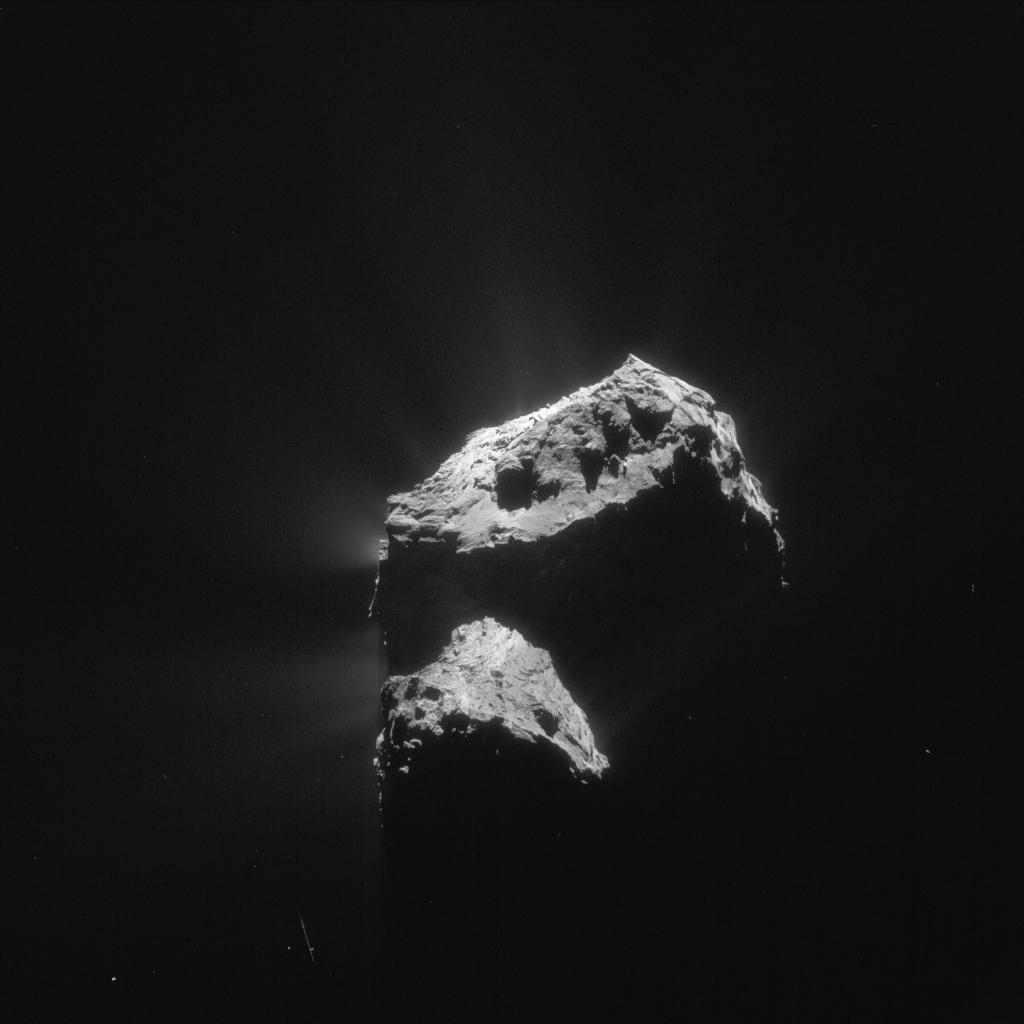 The scale is 8.8 m/pixel and the image measures 9 km across. The contrast was increased to reveal the beautiful details of the comet’s activity, especially on the upper and left sides of the nucleus.

With the large lobe up and the small lobe down, this image shows an interesting view of the comet and a stunning juxtaposition of lit and shadowed areas on the surface of 67P/C-G.

On the large lobe, the image offers a great view on the smooth terrains of Anubis and, further away, on the more irregular region of Atum. Towards the right, hints of Ash are also visible.

In this curious orientation, the two lobes appear as if they were separated, with the regions between them – Seth, on the right, Hapi at the centre and Sobek towards the left – cast in shadow. On the small lobe, the view is dominated by the complex terrains of Anuket. 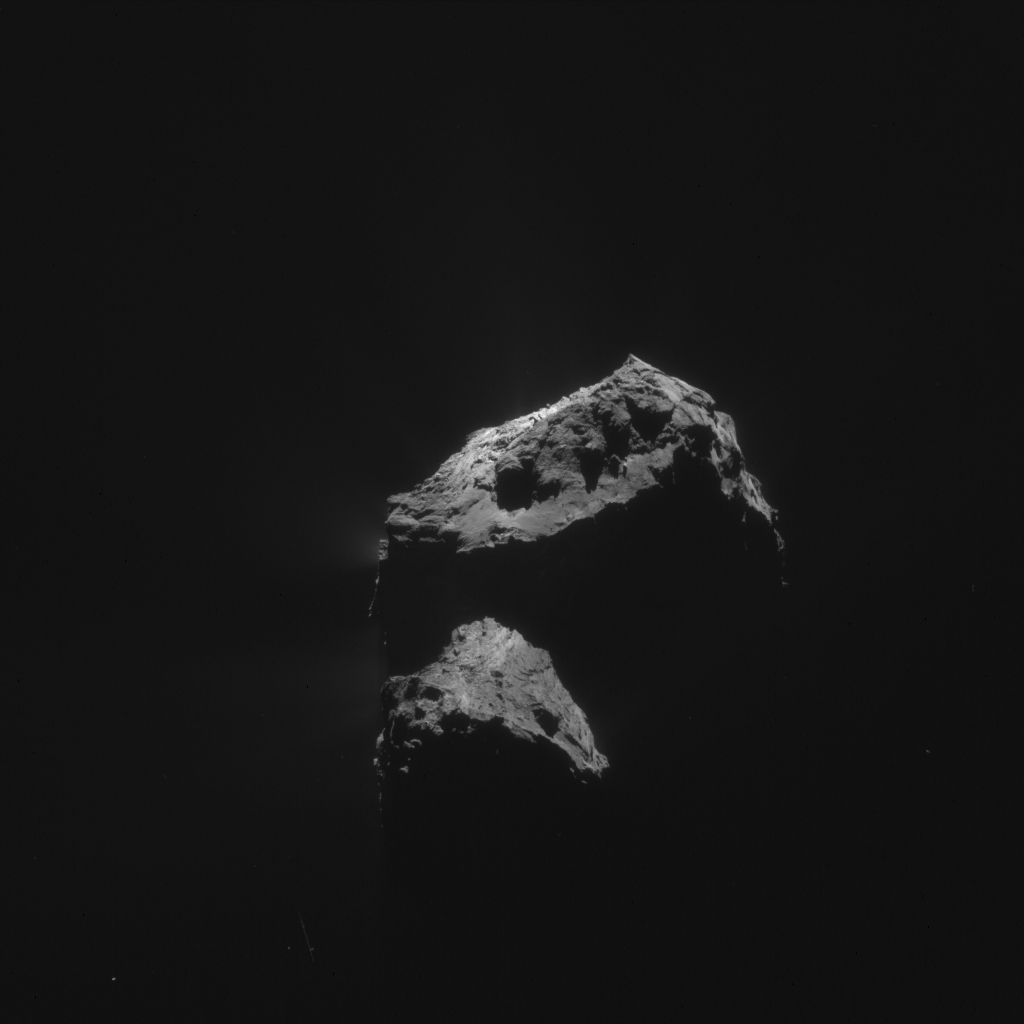