This week’s Cometwatch entry was taken by Rosetta’s NAVCAM on 22 November 2015 when the spacecraft was 127.7 km from the nucleus of Comet 67P/Churyumov-Gerasimenko. 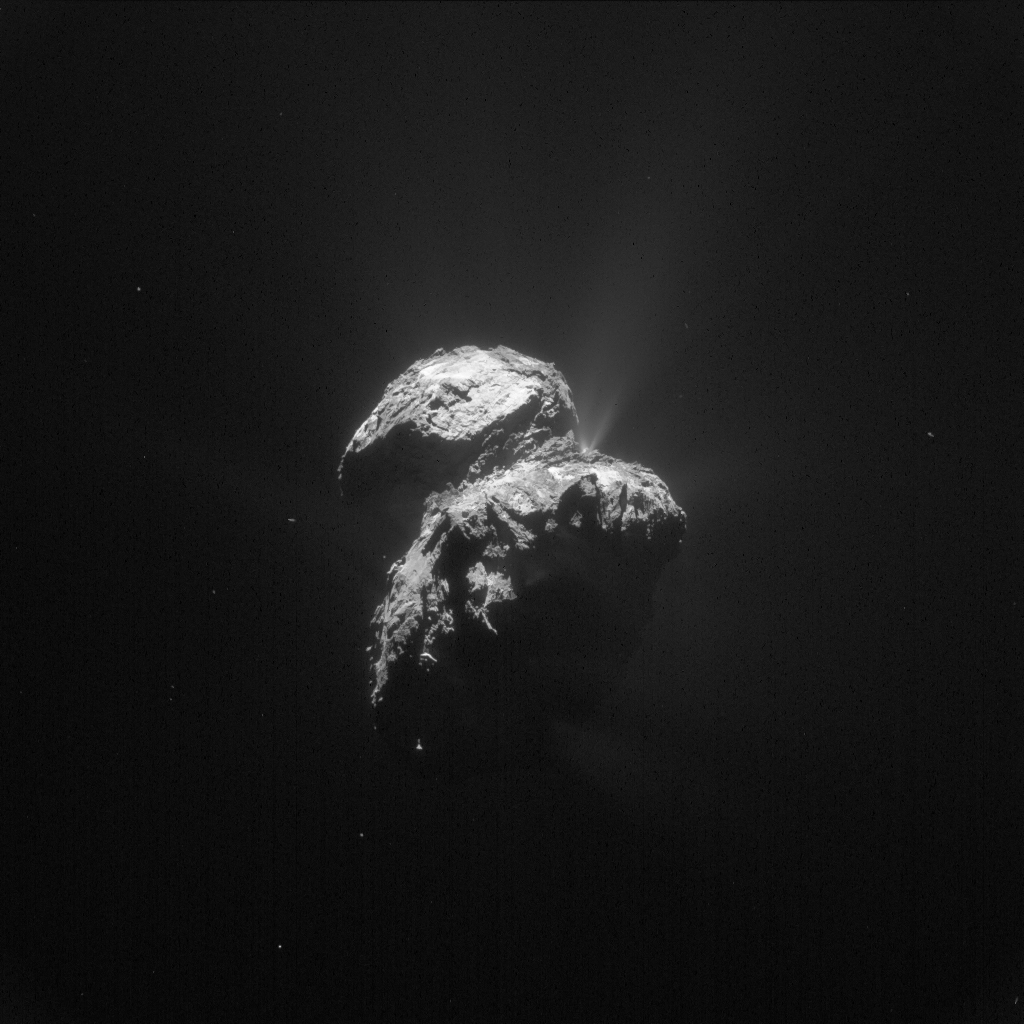 The scale is 10.9 m/pixel and the image measures 11.1 km across. The contrast has been lightly enhanced to bring out the comet’s activity without losing details of the nucleus.

A prominent active region is clearly visible towards the horizon on the right of the nucleus in this orientation, close to the comet’s ‘neck’.

Although faint, several diffuse jets of activity can also be seen emanating from the Imhotep region, which is cast in shadow in the foreground. Stretching the contrast of the image even further will reveal these active regions more clearly (but will wash out the nucleus).

The comet nucleus is oriented with much of the southern hemisphere visible, facing ‘up’. On the small lobe in the background, the relatively flat region of Wosret can be identified, with a transition through Sobek on the neck into Anhur on the large lobe in the foreground. 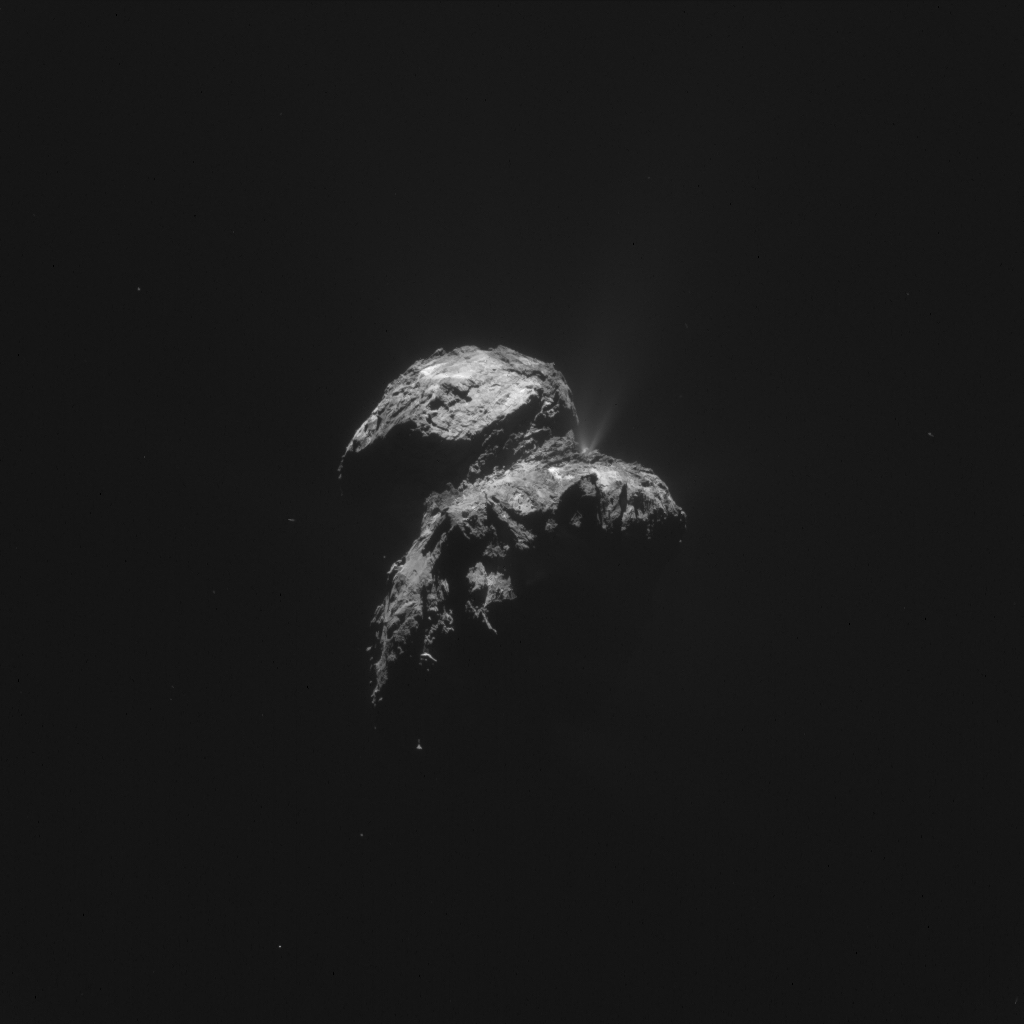